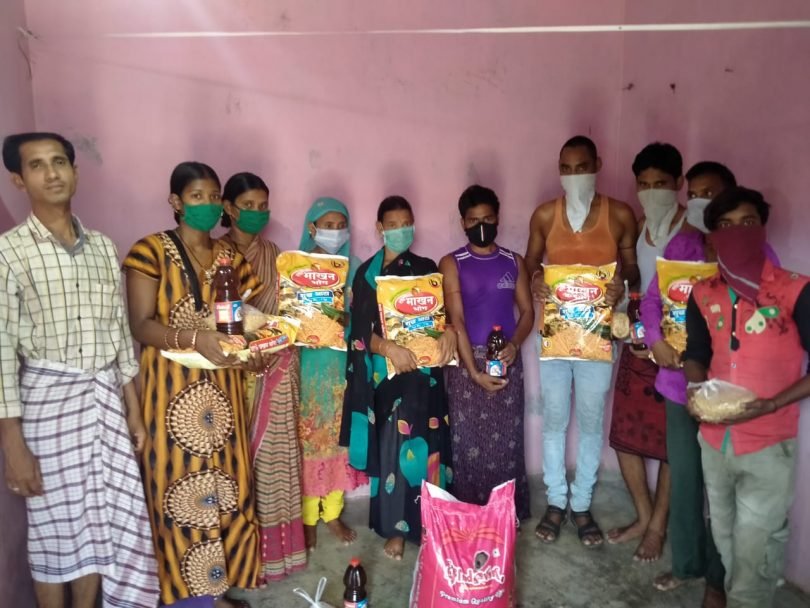 A young man from Bihar is making sure the tribal and migrant workers from rural Jharkhand stuck in Metro cities do not sleep hungry. He is providing ration to the needy and has helped over 2,500 people so far.

“It is extremely important for people to understand that small help can change lives. If you are privileged enough to have food and shelter, do it for the poor who are suffering at the time of this crisis,”, says  Alok Kumar Sharma, a 23-year-old social worker from Banka, Bihar.

Alok holds a master’s degree in Social work from Delhi School of Social Work. He, along with his two friends, is currently carrying out relief measures to help the needy during this outbreak of COVID-19.

He helps the people by linking them with NGOs and Government helpline of the concerned area. He also provides relief by providing ration to the distressed for 10 days in just 24 hours of time.

Having a background in social work, he has many friends working in the NGOs, which led to him getting the list of tribal population of Santhal Pargana district, Jharkhand stranded in cities like Bangalore, Mumbai etc without food and water.

A group of 50 people was stranded in Bangalore and was struggling for food. Alok contacted his friends and NGOs in Bangalore. With the help of the government helpline, these people were provided with not only food but also shelter. After this, he was flooded with calls and he became the “saviour” to many distressed people.

There are lakhs of people who are struggling for food and are facing a tough time. He shared the plight of a group of 40 people in Surat, who was surviving on one meal a day of just rice and salt. The nearest community kitchen was four kilometers away.

Due to the police brutalities during the lockdown, the group was too scared to walk or travel four kilometers to get the “khichdi” meal at the community kitchen. Alok reached out to these people and helped them by providing ration.

Due to an increase in the number of people asking help, the workload on the government helpline is huge and the local NGOs are facing a resource crisis.

Alok started crowdfunding through social media and other networks. However, a lack of volunteers became a challenge while making ration accessible to people. 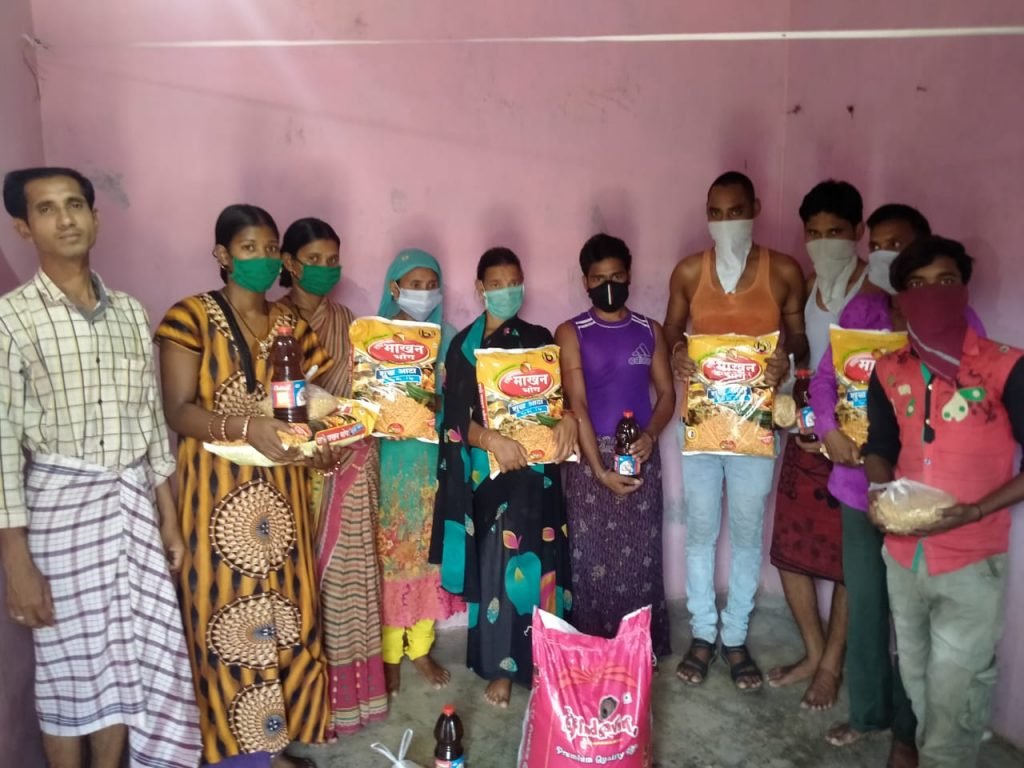 To solve this issue, they came out with a new strategy. “Almost every locality has a ration shop, so brought the shopkeepers on board. As soon as we get a call from the needy, we inform the shopkeeper about the requirements and he keeps them ready,” Alok said.

The team then directs the person in need to the nearby shop where he can purchase ration of a certain limit and payment is made electronically to the shopkeeper.
“This is reducing time in delivering relief and also protecting volunteers from possible exposure to Corona Virus,” he said.

Till now he has helped 2,500 people and the number is increasing each passing day. But, each day brings new challenges. The number of calls for help is increasing day by day and they are running out of resources. It is becoming difficult to sustain themselves.

“You don’t need an inspiration to help. When you listen to the plight of the vulnerable people, you won’t be able to resist,” Alok said. He shared an experience where a family of Maharasthra was in tears explaining their situation and there are many such families out there crying for help. All you need is to respond to their call.

There are people in the country who are in a desperate need of help.  We need more people like Alok, who are serving humanity despite all odds.

If you would like to support Alok in his initiative, you can contribute here.