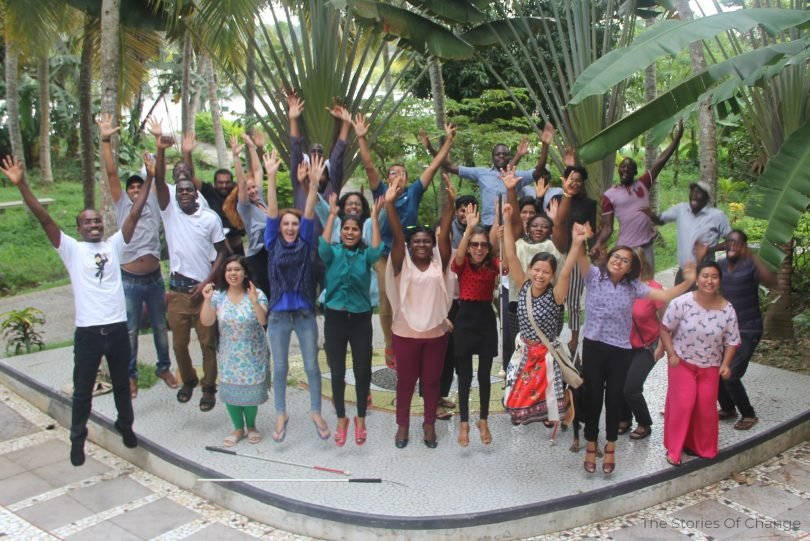 Twenty-three changemakers are ready to transform their society with their creative ideas. kanthari TALKS 2018 saw these incredible leaders share their creative solutions.

kanthari,  a Kerala-based organization is empowering social visionaries through a unique seven-month-long leadership program. Recently held kanthari TALKS was a culmination of this exclusive program.

Conducted at St. John’s Auditorium, Bengaluru on 24th and 25th of November, kanthariTALKS showcased 23 participants who spoke about their ideas and techniques for the social cause. The two-day agenda included the inspiring talks not just by the kanthari participants, but also various other prominent social leaders like Lakshmi Pratury, founder, INK Talks, Parmesh Shahani, head of Godrej India Culture Lab among many others.

Odunayo Aliu is from Nigeria where millions of children are unable to access their basic right to education. She decided to make a change and made a project named Bramble. Bramble is an alternative learning space for children, which gives the opportunity to develop their dreams by living their dignified childhood.

Omana Innocent from Uganda spoke about his creation Lighta, the organisation that uses peer learning as a tool to empower the HIV/AIDS orphans in Uganda. The neglect and the discrimination he experienced because of this stigma made him drop out of school.

Pragya Raut from Nepal, an architect wants to help rebuild Nepal through the organization Aankura. After surviving the horrific earthquake that hit Nepal in 2015, Pragya decided to develop eco-friendly, earthquake-resistant houses. Sohibjamol Rakamova from Tajikistan, a professional chess player herself, plans through transform lives through chess. She is going to use chess as a transformative tool and change the lives of children with disabilities through her organization Vilka Chess club.

”We blind women are not considered to be marriageable. A place where single women with disabilities can stay and are provided with psycho-social, legal and rehabilitative support mechanisms; where they can lead their lives their way and create their own identity. Therefore, through my organization Pahichan which means identity. I want to start a communal living centre where the single, blind women can live, learn and work together.” Said Ichhya from Nepal.

Francis Gikufu said, ” I grew up in a slum. My mom committed suicide when I was fifteen. I was raised by my grandparents who used me as a child labour.” After having faced many hardships through his childhood, Gikufu started Mukuru Angaza. He understood that films can be a platform through which children and the youth of his country could openly express.

Bharath from Maharashtra is fighting against an ancient form of discrimination that has denied children their rights to education in many parts of India. He is now trying to establish a school called Mudita where these children will get quality education and more importantly, they can study in dignity.

Kabir is from Bangladesh, and faced awful discrimination while raising his intellectually changed brother. He wants to promote sports for the disabled by his organization named Oniruddah Bangladesh to use sports as a tool to integrate youth with intellectual disabilities into the mainstream society. 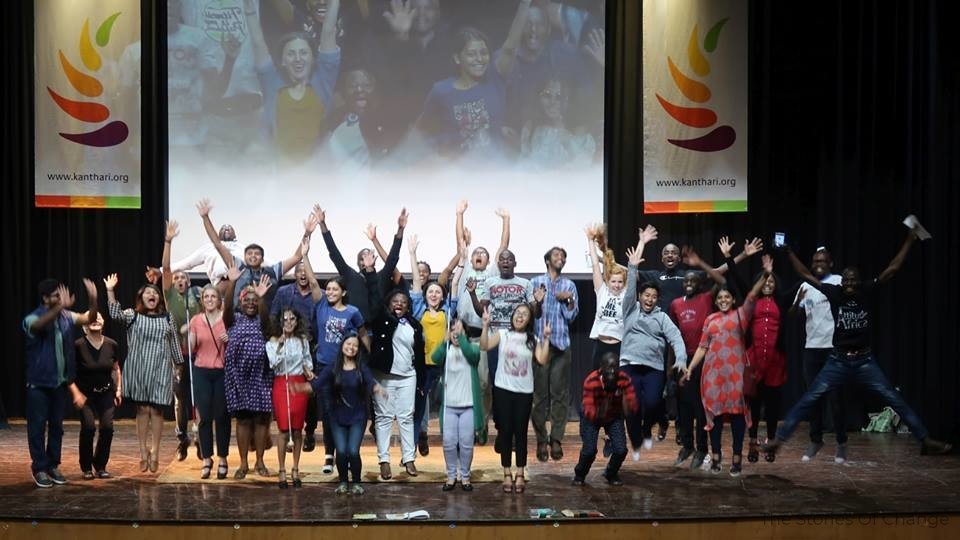 Limbi Tata from Cameroon says, “Large scale deforestation in Cameroon is destroying the livelihoods of many communities. I provide these women and girls in my community, who depend on non-timber forest products with alternative livelihoods and education by my project Irvingia.”

Navisuni Gyawali from Nepal doesn’t want pity. She is proud of herself the way she is. She wants other blind people in her country Nepal to be the same. She says, ” Through my organisation Tik Tik bites, I want to empower blind people by training them in cooking and catering of delicious food.”

Dave Ojay is an artist and plans to use his talents to protect and conserve the lifeline of nearly 35 million people that are dependent on Lake Victoria by his organization named NAAM festival to creatively speak for the plight of the Lake Victoria.

Lorena from Argentina has formed Comparlante, a non-profit organization that promotes the rights of people with disability in Latin America. She wants to change the attitude from instead of only looking on disability but to focus on the possibility. To create awareness in the society they use art exhibition happening and web accessibility.

Kerlinda War from Meghalaya says, “For years I have been working with children with cerebral palsy in Meghalaya. I found that these children are not able to access education and are sidelined from participation in communities.” She believes that with early intervention such children can be equipped to join mainstream schools. Therefore, her project named Marveling roots will provide support through early intervention.

Selassie Tay from Ghana founder of Eyata organization trains young women and empowers them to go out and break the gender-based stereotypes and train women in jobs that are generally done by men, and open up more income-generating opportunities. 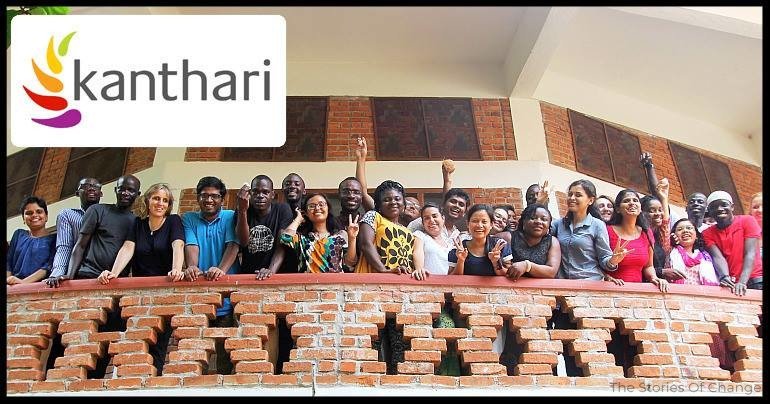 Marlyse from Cameroon did not enjoy her school years, she endured it because there was no alternative in her community in Cameroon. She is starting an alternative learning space called Wokome where children will have a unique, fun and engaging curriculum that leads them into their world of success.

Cavin lost his mother and sister to HIV/AIDS because they were forced to trade sex for fish in order to feed the family. In Kenya, many women are going through this. He wants to stop this through his organization Wa-Wa. Wa-Wa is going to empower women in fishing, fish farming and boat building.

Ranya Trabelsi from Tunisia says, ” Fire is the cost for freedom in my country and one of the peoples who set themselves fire was a boy in my high school. Today the Arab spring that we started failed to blossom. Young Dandalians is a movement that will be promoting critical thinking and political awareness through debate workshops and human libraries so that the youth in Tunisia will be spreading positive action, not terror.

Ruangtup is from Thailand, the land of smiles. Behind these smiles, there are estimated million children who suffer depression because society frowns on discussions of an intimate nature. Ruang will set up a safe online platform where children can easily share the deepest fears and find help.

When Satya Illa was six-year-old, he watched his friend die due to electrical fatalities. He says, ” In Telangana every year 400 lives are lost due to electrical fatalities. He wants to take action to eliminate such unnecessary deaths through education and awareness creation and promoting renewable energy technologies through his Kaanthi organization. 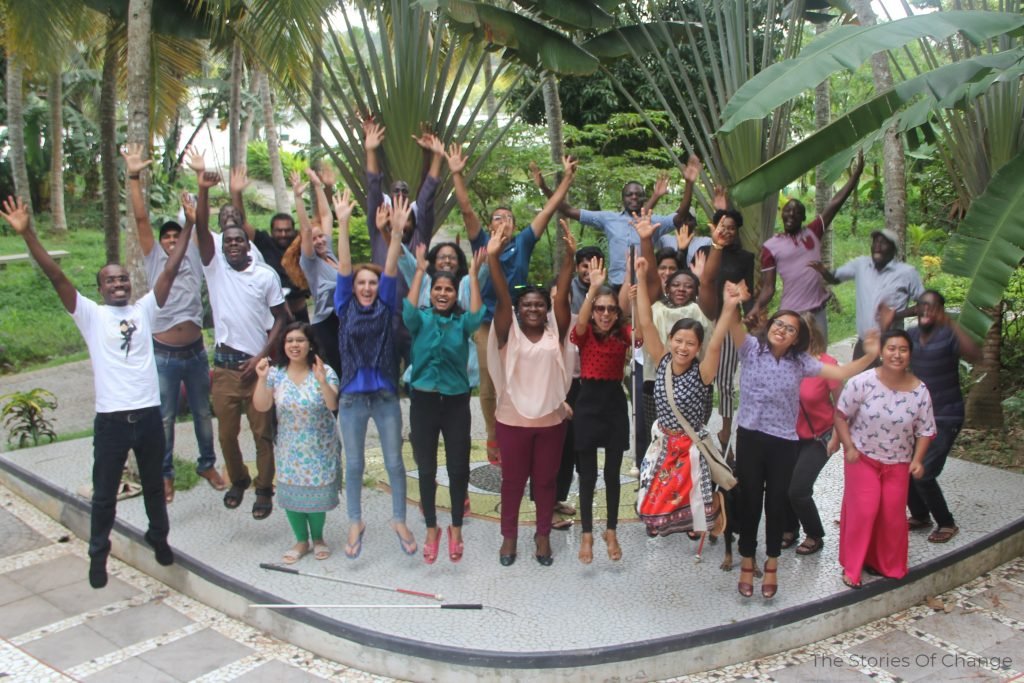 More than 39,000 rape cases were reported last year in India alone. Can you imagine two-third of them were actually committed by their close family friends and their relatives? So, Priyanka Sheoran wants to create a change through her organization BAYA (Be As You Are) where young women will be travelling alone confidently and making that a new normal.

It is punishable to be gay in Zimbabwe. To change this narrative, Trevor Molife has started Purple Hand Africa, which will create safe spaces, networks and empowerment workshops for the LGBTIQI community.

You can be part of kanthari’s unique program by applying for the 2019 batch. Click here for more details.