When a Bengaluru-based restaurant shut down without prior notice, the daily-wage workers were left in a state of shock with their salaries worth Rs 10 lakhs still pending.

Imagine life after the sudden loss of job, when an establishment shuts down, without paying you for several months, and without prior information.

If you are the sole breadwinner of the family, the experience could be even worse. Several employees of Akshara Sagar, a mini restaurant, were left without jobs when suddenly the management decided to shut the business down. 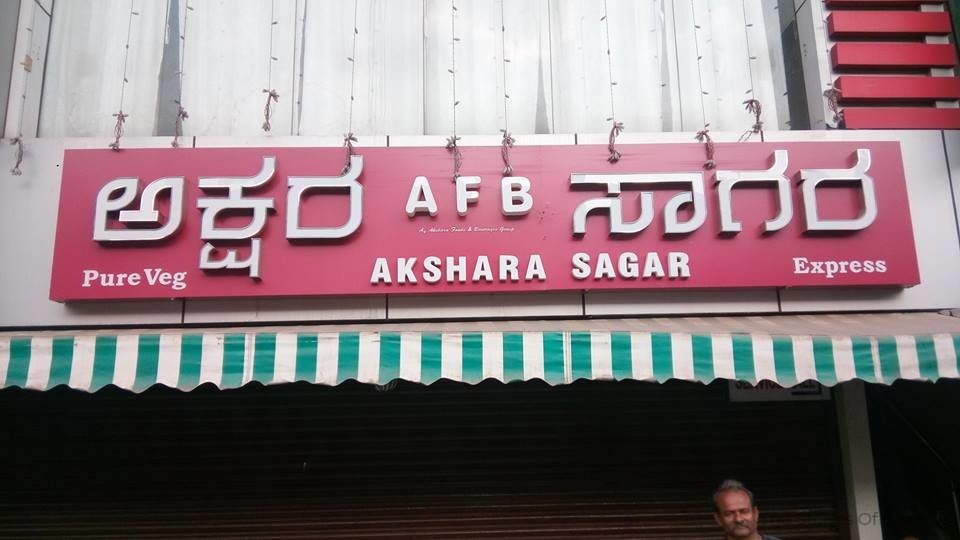 The restaurant, Akshara Sagar, shut down abruptly leaving all the daily wage workers in the the lurch.

Akshara Sagara, which was in operation from the past six to eight months in Basaveshwaranagara Circle, Bengaluru, was offering self-service as well as table service facilities.

The owner, Manohara Shetty (actually leased the license to run the hotel from another party) from Kundapur taluk in Udupi district, abruptly closed the restaurant on March 10 without paying the salaries of 22 employees.

No place to go

The restaurant remains closed since the morning of March 11. Since then, the workers are struggling for even a single meal of the day. The employees refused to leave the restaurant site and are spending sleepless nights on the footpath in front of the hotel.

They are not allowed to use any toilet and bathroom facility in the hotel building. The owner of the building where the restaurant was located, had a soft corner for these unfortunate workers and left the toilet room unlocked.

About 10 workers are locals and thankfully have a home to go to. But the remaining, who had traveled from nearby villages and were dependent on the restaurant for accommodation and food are left high and dry.

These events evidently demonstrate a grave violation of human rights as well as labour rights of these workers.

According to these workers, Shetty owes salaries worth Rs. 10 lakhs to all the workers. They tried to contact him several times, but he rarely picked their calls. He assured them of full payment and asked for more time. However, he is now absconding with his phone not reachable.

Shetty has not visited the hotel after it was shut down. The workers also claimed that Shetty owed money to the suppliers of commercial gas cylinders, provision items, vegetable vendors, milkmen etc.

Workers even approached the jurisdictional (Magadi road) police station in this regard, but the Police refused to register a complaint against the culprit. When these labourers stood firm and remained adamant, the police issued an acknowledgment as an act of solace.

Notably, no first information report (FIR) was registered and a non-cognizable report (NCR) was filed.

The plight of the workers

Alamelamma, a 39-year-old woman, worked as a part-time daily wage worker for Rs. 300 per day in the restaurant. A 10th grade pass out, she and her 24-year-old son stay near Sharada colony bus stop (Kamakshipalya). She used to collect her wages once a month.

Alamelamma trusted Shetty to such an extreme extent that she even lent him Rs. 90,000 by pledging her gold ornaments to help him improve the business.

Now she is in a state of shock and says, “Nange nanna vodave duddu kotre saaku saar, baddi giddy yenu beda.” (I am more than happy if I receive the money which I have lent him. I do not want any interest for the money I have lent.)

Alamelamma showed immense empathy and humanity. She has another part-time job and she is using whatever little she earns from there to feed a few of the other workers.

Satish Gowda, aged about 32 years, is a class nine drop out and hails from a village in K.R. PET taluk in Mandya district. He worked as a chef of South-Indian cuisines at the restaurant. His wife works in a garment factory and their only daughter is studying in a Chennai based school and stays in a hostel.

He migrated to the city in search of a job because of poverty and lack of opportunities in his village. The couple never had any property to cultivate any significant crop.

Upset with the owner for committing this fraud, Satish said, “Naan nan magalanna habbakke karkond baroke chennainge hogbeku. Avlige batte bare kodisbeku. Adhakkella duddu bedwa saar?” (I need to go to Chennai to bring my daughter for the festival. I had promised her to get new clothes and all. Don’t I need money, Sir?). Twenty-Eight years old Devaraj Mohra hails from Nepal. He has studied until grade eight and has two children. His wife is a homemaker and stays in his hometown in Nepal. She completely relies on the money sent by Devaraj to run the home.

He was earning Rs. 25,000 a month as a chef for North Indian cuisine in the restaurant. He lived in Hotel itself and is deeply affected by the sudden loss of not just his job but also his home. Though he is not new to Bengaluru, he says that this is the first time he faced an issue like this.

Deeply worried about his family, Devaraj said,“Naan oorige hogbeku andhroonu minimum 8k to 10k (For 5 days journey by train) beku saar. Nannatra ashtu duddilla saar” (Even if I want to go back to my hometown I need at least Rs. 8-10 thousands. I don’t have that much money Sir).

Jagadish, aged about 20 years, studied up to grade eight. Hailing from a village in Chitradurga taluk, he earned Rs. 14,000 per month by performing helper’s job for both the chefs.

Jagadish and his father, both, worked in the same hotel as they needed to get his younger sister married.

He says, “Akkana madwege hola ella maaridwi. Eega tangi madwe maadoke adoo illa anna”. (We sold our property to get my elder sister married. Now we have nothing left for my younger sister’s marriage).

Raju, a 28-year-old man from a village in Gubbi taluk of Tumakuru district earned a salary of Rs. 16,000 a month by performing the job of the supervisor.

He was the sole breadwinner for his family. He is married with two children. He and his family stay in a room near the restaurant. Now it has become very difficult for them to pay the monthly rent and school fees of their child. They are also feeling the heat of job loss and finding it difficult to make their ends meet.

Likewise, each and every labourer has their own soul-stirring story to share. It is still not clear what will happen next. But, surprisingly, all the labourers stay united and are fighting to get justice.

Manohar Shetty was not available for comment in spite of several efforts to reach him.