A family rivalry destroyed Bala’s life when she faced an acid attack in 2012. After several surgeries and unmeasurable mental and physical pain, Bala is now rebuilding her life, one day at a time. She even got an opportunity to act in a Hindi film, Chhapaak.

Here is an active, eager, patient and beautiful woman. Her name is Bala Prajapati. She is 25 years old and resides in Bijnor, Uttar Pradesh. Her family consists of her father, her mother and her three brothers. Bala is the eldest of the siblings. After completing 8th standard, she dropped out of school.

One of her brothers is working and the other two are in high school. Bala’s parents used to work for a farmer. As time passed by, the farmer had bad intentions for her mother. The family couldn’t stand this turn of events and strongly opposed it.

In May 2012, due to family rivalry, an acid attack was done on Bala and her grandfather by a landlord. Her face, neck and hand were badly burnt. Unfortunately, her grandfather lost his life in the incident. Bala was later admitted and treated at Safdarjung Hospital in Delhi. She underwent 12 operations. Her family stood by her side and supported her during this difficult stage of her life. Thankfully, her attacker was caught and was sentenced to 7 years of imprisonment. However, her attacker has since been released. In 2017, Bala, along with a few survivors, received 50 lakhs as compensation from the government. However, no amount of money could compensate for the fear that still consumes her in regards to her safety.

It was during her treatment at the hospital, that Bala had come in contact with Anshu, another acid attack survivor. It was Anshu who cheered her up and informed her about the campaigns and the organisation, because of which she was encouraged to join it.

Bala has been working at the Sheroes Hangout in Agra since 2017 where she takes orders and does whatever work she is capable of. She feels very happy working there as it provides her with a sense of independence. She returns home every two months or whenever she gets time.

With the outbreak of the Covid-19 pandemic and the lockdown that followed, Bala’s family has been financially affected. Her father who does ceramic work now, earns a daily wage of Rs.300 and one knows how hard it is to run a family with such a small amount of money.

There are surgeries that still need to be done for Bala’s eyebrows, hair as well as laser treatment for her eyes. All these were stopped due to the lockdown. 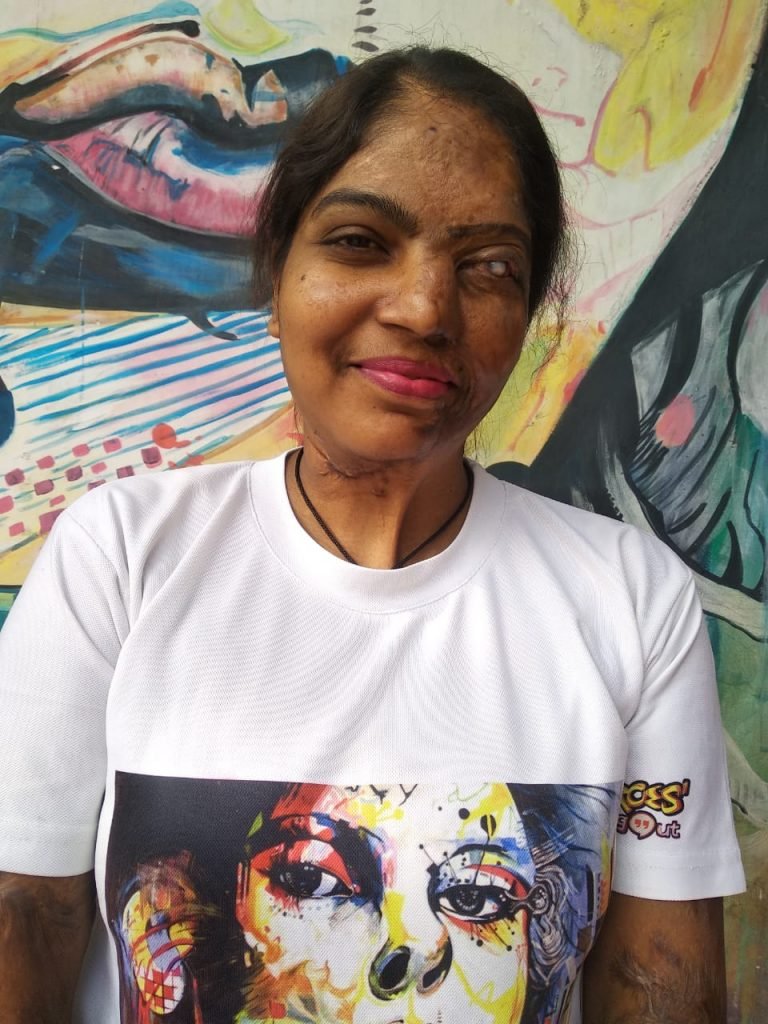 Bala’s life has since taken a turn for the better. Despite her ongoing financial difficulties, she and a few other survivors were part of the movie, Chhapaak. In addition to that, Bala is also learning English. She also does stitching. However, she currently needs help for medical treatment and studies. She likes cooking, eating and dancing. Bala, who has been spending time with her family in the lockdown and taking care of them, says that she is passionate about starting her own clothing boutique someday.

If you like our grassroots journalism and would like to help us in bringing out more such stories of change, please subscribe to our print magazine here.