Lakhiram Pathak started making eco-friendly firecrackers in 1885. After 133 years, his legacy goes on. This home-grown organization is still producing green fireworks in Assam. However, the high cost of production and very less market share is making it difficult for this humble industry and its artisan to sustain.

Long before the Supreme Court’s direction on using Green or less polluting crackers, a firework industry in Assam has been silently sending across the massage of environmental well-being by producing low intensity and less polluting fireworks for centuries.

Manoranjan Fireworks located in Barpeta town, 101 kilometres away from Guwahati in Assam was started by Lakhiram Pathak in the early 1980s. Lakhiram was a young man in his twenties then. The idea to start this unique company struck Lakhiram after Lakhi Nabish, one of his close friends gifted him a  book on making firecrackers. Nabish had found this book written in Bengali on a trip to Dhaka.

Lakhiram learned a few tactics from the book on how to make fireworks. The book told about the methods the Chinese used to follow at that time to make crackers. “But my grandfather made certain changes in the process and discovered a formula which was less polluting in nature,” said Gopojit Pathak, grandson of Lakhiram Pathak, who runs the company at present. 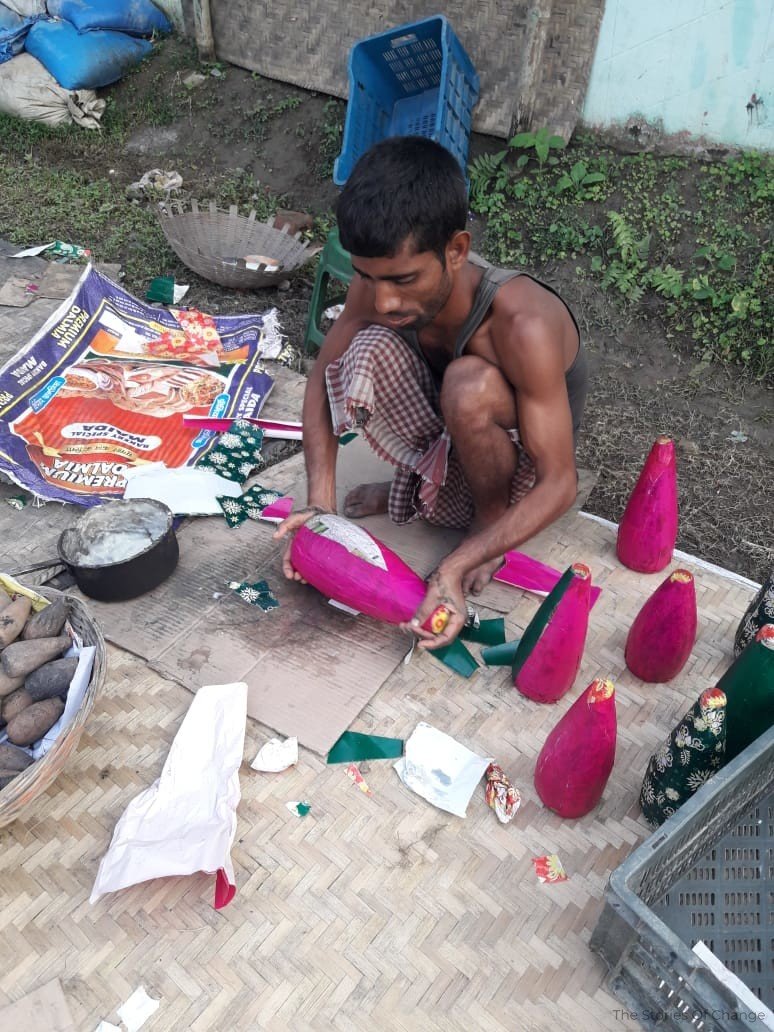 Lakhiram avoided certain high pollutants while making the fireworks and started using clay instead of papers while wrapping the explosives.

“My grandfather started showcasing the homemade crackers in the Daul Utasav (Holi), a very popular celebration in our small town. The people thronging in the celebration noticed the crackers and thus it gained popularity and the business grew,” added Gopojit.

Gopojit is also the President of Barpeta Atasbazee Shilpa Samabay Samitee Ltd, an association for the workers of fireworks shared an interesting story to tell regarding the establishment of the Manoranjan Fireworks.

“In the year 1885, by the time when my grandfather’s work started gaining popularity, the British Government invited him to showcase his work in Shillong in Meghalaya, which was a part of Assam then. Queen Victoria herself was present in the exhibition. She was very impressed with his work and immediately directed the government to allot a land of two acres to my grandfather in Biloutarihaati area of  Barpeta,” said Gopojit.

Thus began the beginning of a one of a kind organization. Fifteen years later, the British government awarded a license to Lakhiram Pathak to carry on the trade.

The firework industry of Gopojit does not use Barium Nitrate and Potassium Nitrate, the two light emitting agents. The Supreme Court has recently banned these agents, which were highly used in the fireworks industry of Sivakasi and China. The industry uses clay, sulphur, charcoal, and cast iron. 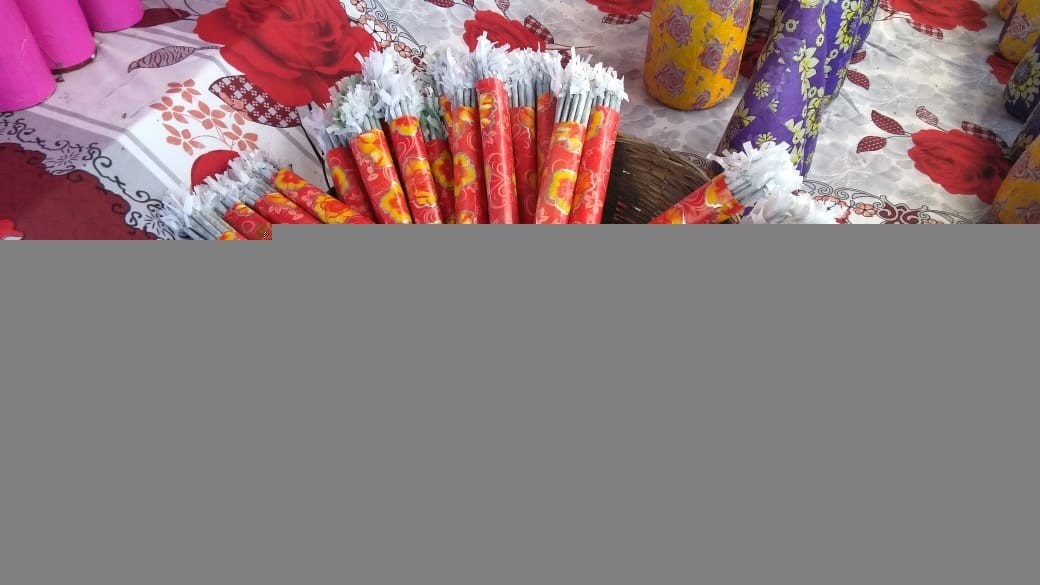 “Because we do not use powerful polluting agents, our crackers are of low intensity and have fewer pollutants”, said Gopojit.

Heera, the potter community of Assam is entirely based on the firework industry of Barpeta as the industry uses clay pots and pipes to wrap the explosives instead of papers used in other firework industries. A total of 250 families of the Heera community in the Barpeta district work in the five units of the industry.

“Since the clay cups and pipes are disposable, there is a huge requirement of earthen works in the industry,” said Gopojit.

Jivan Baruah, a potter, whose family is working with the Manoranjan Fireworks said: “Not only our units produce less polluting green crackers, but also provides a living for the potter community of the district. The community is otherwise facing an identity crisis in other parts of the state due to the rising demand for plastic products.” The Supreme Court’s ban of high polluting crackers has become a boon to the firework industry of Barpeta, as this time the sale is soaring. Gopojit says, till now the sale is double the amount of last year.

“We are getting orders from new places from across the Northeast because of the ban of Supreme Court. This is an opportunity to carry forward our home-grown industry. We are going to ask the government for subsidy on materials,” said Gopojit.
Finding it hard to sustain

The main reason behind the low sale of fireworks from the industry so far was due to the slightly higher price of the crackers than the other fireworks coming from Sivakasi and China. 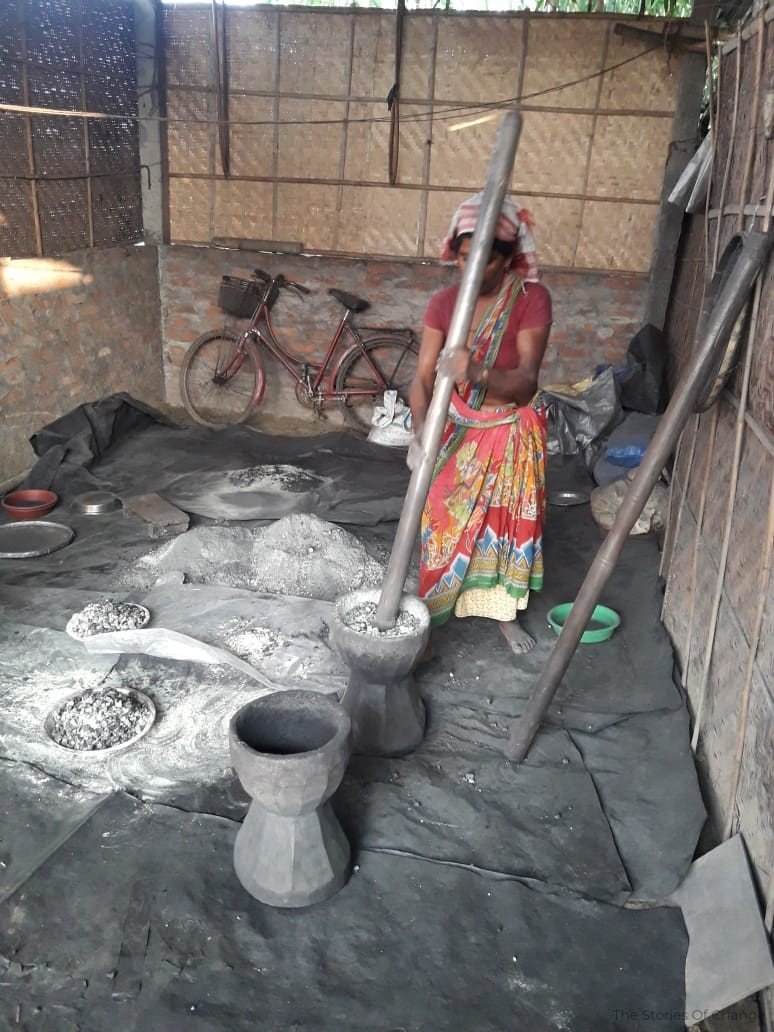 “Our prices are 20-25 percent higher than those from outside. It is because of the high input cost. But we believe in keeping the quality of the material and add to the environmental well being rather than imitating Chinese or Sivakasi crackers.”

The Pollution Control Board of Assam while accepting the fact the fireworks produced by Barpeta is less polluting says the state government needs to promote the industry.

B.K Baruah, Member Secretary of the board said: “The fireworks from Barpeta share a very less market size in comparison to the Sivakasi products. So even though these crackers are less polluting, it will hardly have an impact on the environment as 99 percent of the market are highly polluting crackers. It is a home grown industry and it needs to be promoted by the government. The industry needs help to work on a large scale otherwise it would hardly make any difference in the environment.” 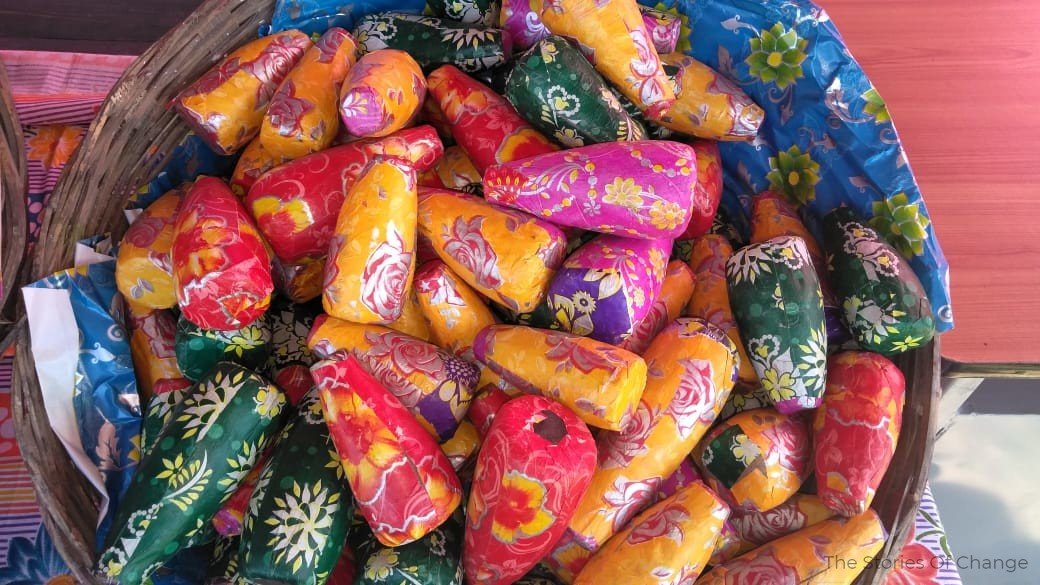 He also said the direction of the Supreme Court came much later regarding the ban of highly pollutant crackers.

“Crackers from Sivakasi have captured 99 percent of the Indian market by the time the SC comes with a direction. Also, the order is vague. There is no definition of green crackers. So it’s necessary to put in more stronger regulations so that our home grown industries, which are silently trying to make a difference can be encouraged.”