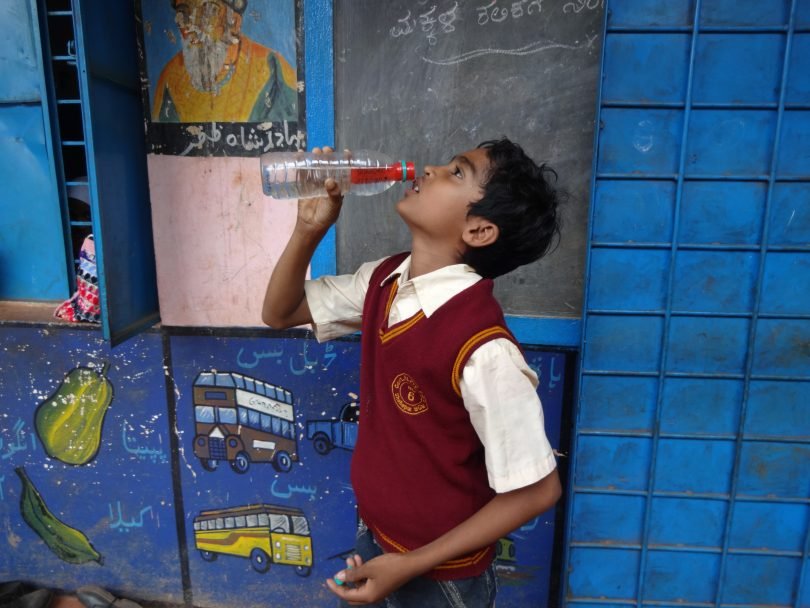 When the students of a school lacked access to clean drinking water in Belgaum, a 22-year-old engineer came up with a portable, affordable and effective water filter to solve the issue. The pocket-sized water filter costs just Rs 20 and can purify water instantly. The simple idea has now reached people across the globe including Africa, Singapore and Qatar.

Students of a government school in Belgaum were drinking water from a water tank full of dust and algae. The tank had not been cleaned for at least five months and was the only source of drinking water for the students. Lack of clean drinking water was something they had always faced and made peace with it.

One day, Niranjan Karagi, a 22-year-old engineering student went to the school playground to play football and observed students drinking the filthy water. Deeply impacted by the condition, he and his friends decided to buy a filter for the school. However, it was costly and a “bunch of college-goers” could not afford it.

This is when Niranjan thought to create an affordable, effective and portable water filter. Soon, he saw a student using an old PET bottle to drink water and that’s when the idea struck him.

“A large number of people use plastic bottles to carry water. Not just students, but even adults can be seen carrying such bottles. I thought it’d be great if a filter could be attached to the bottle itself,” Niranjan says. 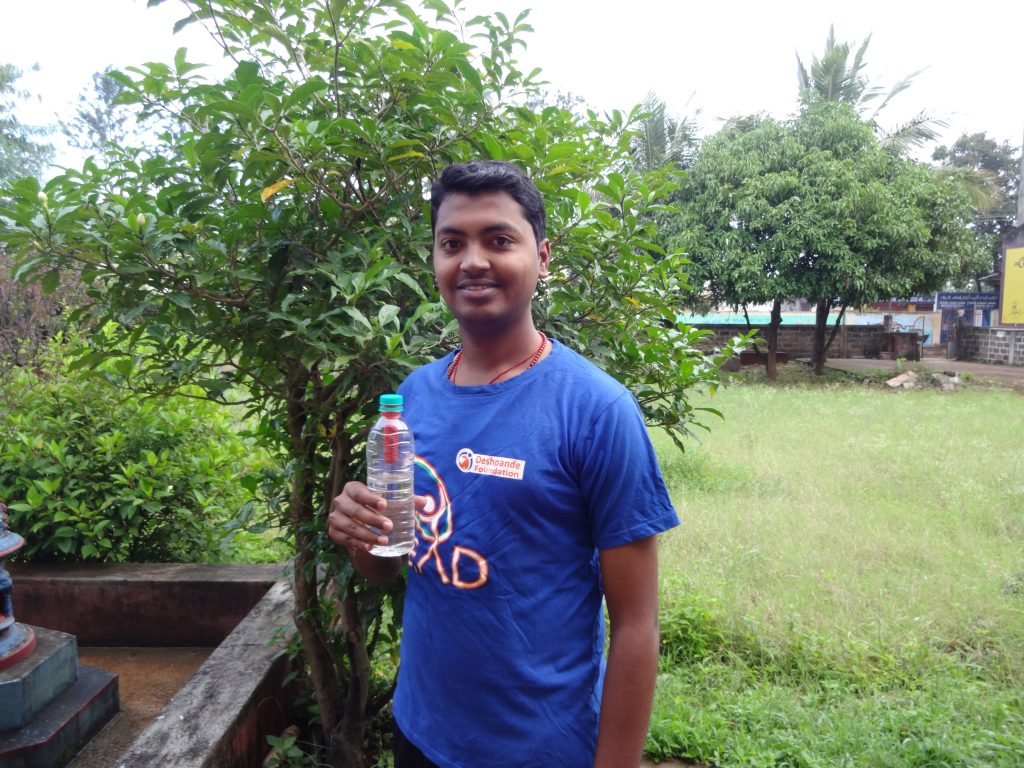 NirNal consists of a membrane, activated carbon, cotton and netted mesh that purify the water in multiple stages. The filter can block dust particles and bacterias and makes it safe to use.

The pocket-sized filter can be used by just fitting into a disposable bottle and can filter upto 100 litres of water. It reportedly purifies water by up to 70 percent, making it potable.

Niranjan explains the use of NirNal in just three simple steps:

“The main idea behind is was to make it fit into a plastic bottle because almost everyone has access to that. This way we are able to use the discarded plastic bottles also,” Niranjan says.

The filter costs just Rs 20 and is a great resource in areas with poor water quality. The filter can be used by children above five years of age. 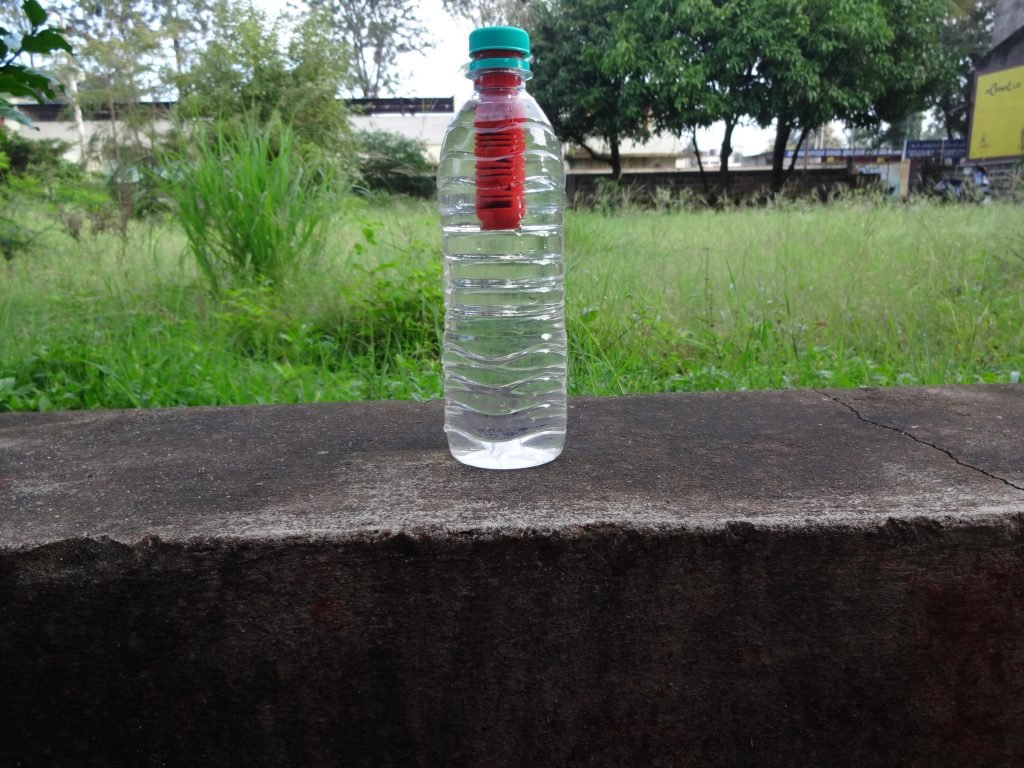 It was an uphill journey for Niranjan in the beginning. People didn’t trust his innovation. Also, there were many big companies already in the business and it was difficult to compete with them. Niranjan went from one school to another and gave numerous demos to make people believe that NirNal actually works.

He also approached Leaders Accelerating Development (LEAD) Program of Deshpande Foundation. The LEAD team then helped him come up with a more sustainable design. They also gave him an initial fund to develop his product further and connected him with the right people.

Niranjan had created the first prototype using only materials available in his own house. LEAD gave him some financial support to develop his product further. He added more money from his own pocket and came up with the final version of NirNal. There was no looking back after that.

Till February 2017, Niranjan had already sold over 15,000 filters in different schools, villages and even military. He has also received bulk orders from Africa, Singapore and Qatar.

Since people are reusing the plastic bottles instead of throwing it, the pollution in those areas has decreased to some extent. Also, he claims earlier many students would fall sick frequently due to unclean water, this frequency of falling sick due to water-related issues have decreased.

“It is also good for people in urban settings where they keep buying mineral water. After using this filter, they can just refill water from anywhere and save money,” says Niranjan.

Niranjan has employed three women in his village and have taught them the manufacturing process. They take up the orders, and he pays them.

Where can you buy it and what next? 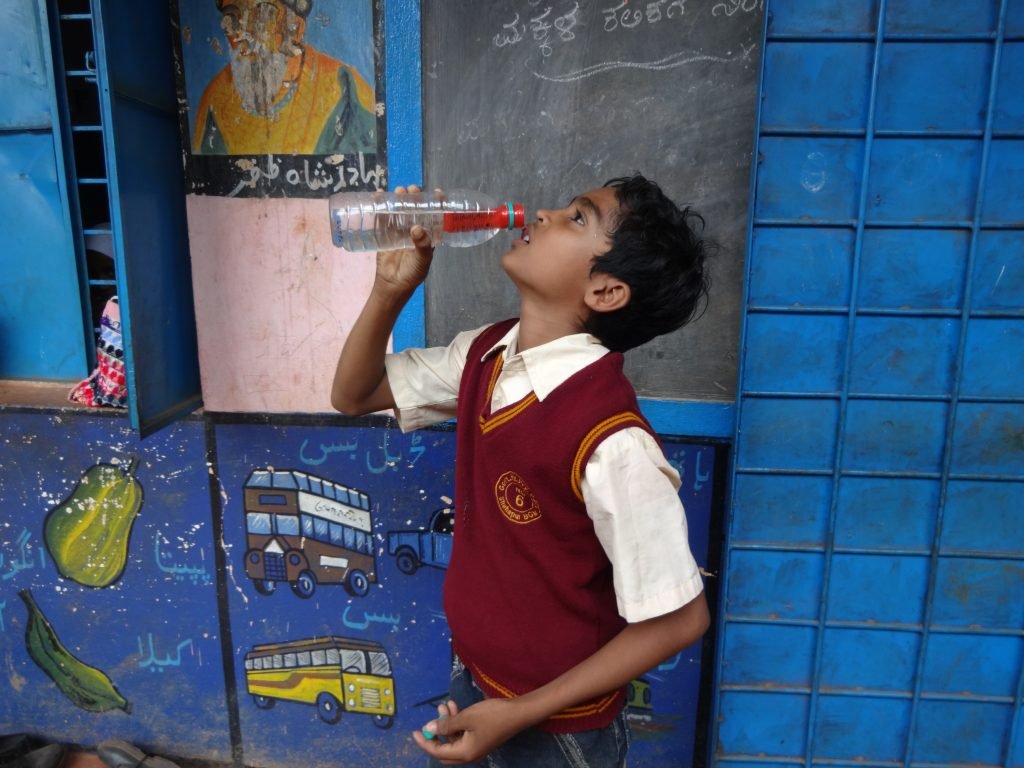 NirNal, which is approved by the food divisional officer of Karnataka can be purchased by contacting Niranjan and placing an order. The device was sent to government certified labs in Belagavi for chemical and bacteriological analysis. It passed the test and Niranjan officially registered it with the Ministry of Micro, Small and Medium Enterprises in Belagavi.

Niranjan is currently full time working on improving his innovation. He wants to reach out to the Karnataka government so that the product can be distributed on a large scale. He is also in conversation with various schools and institutions to reach more children.

In addition to this, Niranjan is also working on another innovation of Hydrogen Welding, which takes water as an intake and generates hydrogen, which can be used for welding. The left out oxygen is stored in another container and can be used to supply to the hospitals.

“There are so many problems in the society, but young people can solve them. We have so many good resources and opportunities, which were not available earlier. We can use these solutions to come up with amazing solutions and create a better society,” concludes Niranjan.

This story is a result of a month-long on the ground effort in documenting stories from North Karnataka, which has been made possible by Deshpande Foundation, a Hubli based organisation that aims to create a nurturing environment for grassroots innovations and social entrepreneurship.