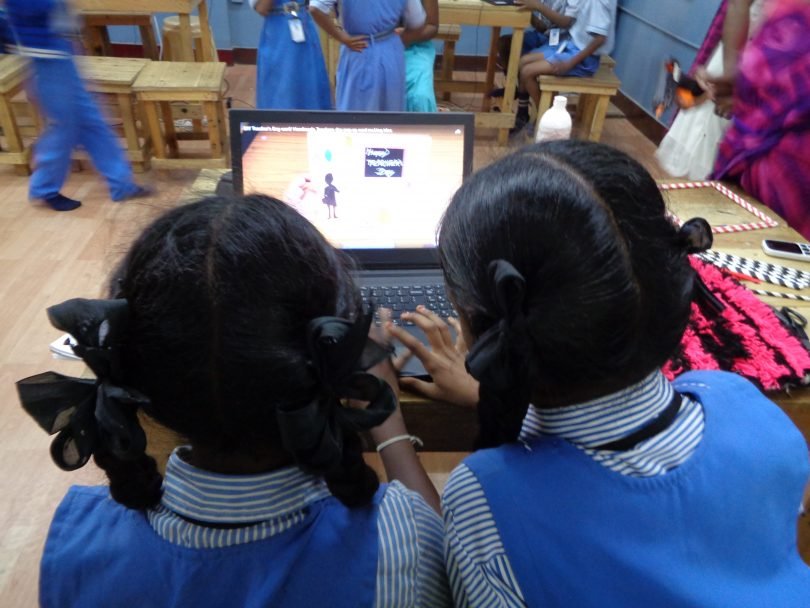 Can a self-learning space survive in rural communities without any supervision? Let’s find out how a learners’ space is creating an impact beyond imagination.

Padmashree, an 11-year-old student of a government school in Bengaluru was busy giving final touches to her new invention, the tiny motor car.

Made out of ice cream sticks, a small motor, waste bottle caps, and some battery, the motor car that Padmashree was making from the last three days was finally ready. She gave a quick demo of the car. The DIY car raced down on the floor and Padmashree looked content and happy as she saw her tiny car working properly.

“I learned to make it all by myself by watching YouTube videos,” Padmashree shared.

She then went on to show many of the other projects she made with the help of the internet.

Padmashree was not the only kid engrossed in learning new things after school. There were several other kids from various age groups who were creating interesting objects without any teacher’s help.

From rugs to wall hangings, from toy cars to origami, there were numerous unique items that the kids from humble backgrounds showcased.

This uncommon sight was made possible by unique intervention from Project DEFY, a Karnataka-based non-profit organisation that is challenging the conventional mainstream education system.

Started by three friends, Megha (34), Abhijit Sinha (28), and Arvind Badrinarayanan (34), who all come from different backgrounds, Project DEFY has enabled not just students but also rural communities to create their own self-learning spaces.

What is Project DEFY? 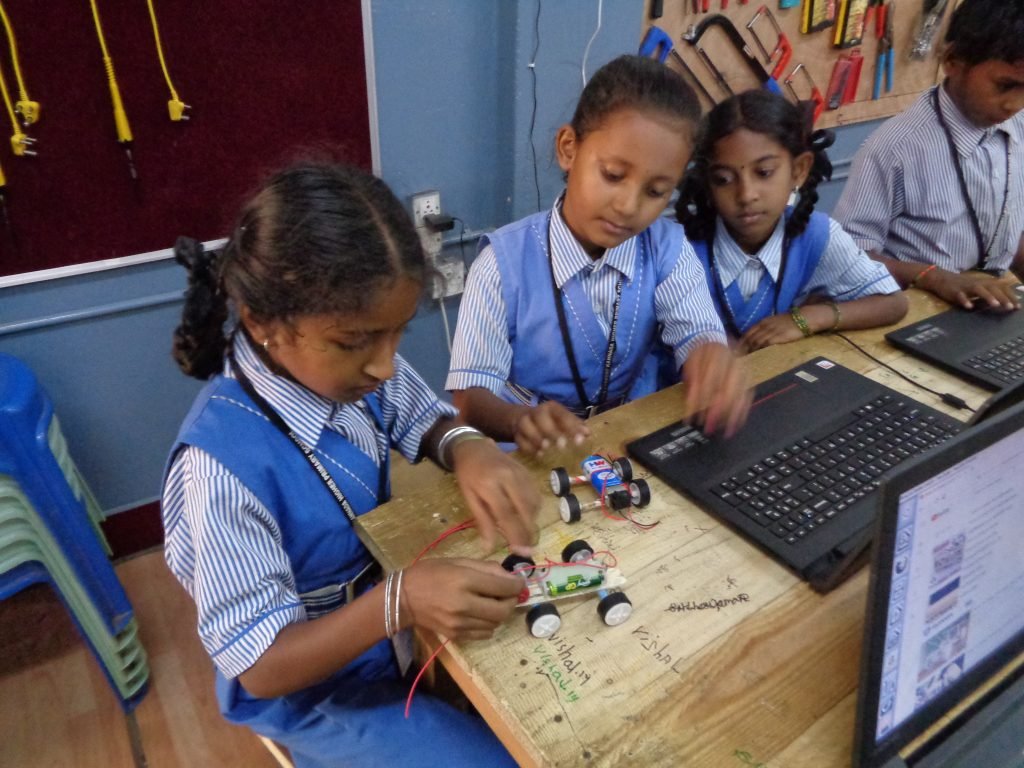 It is an initiative that is redefining learning spaces. The organisation aims at creating cost-effective, self-learning environments where the learners design and define education for themselves.

It is a Makerspace where people from lesser-privileged communities can come and learn on their own. Anyone from the age of seven to 65 can come here and learn without a course or teacher. From painting to farming, from engineering to music, the learning experience is not restricted to topics and gives people an opportunity to learn new skills and hobbies free of cost.

These makerspaces are called nooks. Each nook consists of laptops, basic infrastructure, and an internet connection. After initial intervention and briefing, the Project DEFY team moves out of the space and gives complete ownership of the nooks to the communities. These spaces become a safe space for them and foster curiosity, innovation, critical thinking, and creativity. 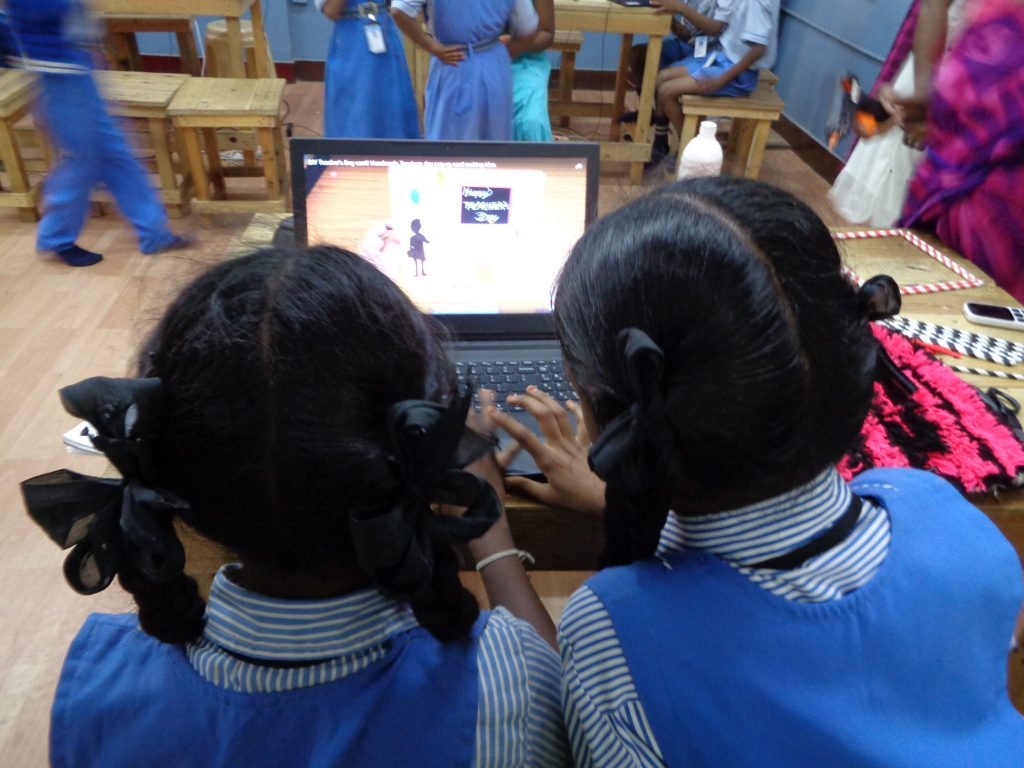 Kids of all age group can be seen learning at the nooks. | Photo: Shreya Pareek

Twenty-Seven-year-old Deepika, one of the earliest learners of Project DEFY, was married and had a child when she first came to this learners’ space. In 18 months, she learned jewellery designing and manufacturing from scratch and now runs her own micro-enterprise.

Once her business grew, she started hiring other people from her village. By self-learning a new skill, she not just empowered herself, but also created livelihood opportunities for three other young girls of her village.

Each nook costs about Rs 20 lakhs to set up. After which, an operational cost of Rs five lakhs per year is incurred starting from the second year.  The team spends 45 days in the nook with the community and then moves out of it, giving entire ownership of the space to the community itself. They do visit the nooks every six months to check up on the infrastructure and measure the impact. The project is run with the help of CSR funding and donation mostly.

However, it has been a constant challenge to find the right partners who believe in the disruption. There is a total of 15 nooks set up by Project DEFY in India and Africa, impacting over 10,000 people.

How it all started? 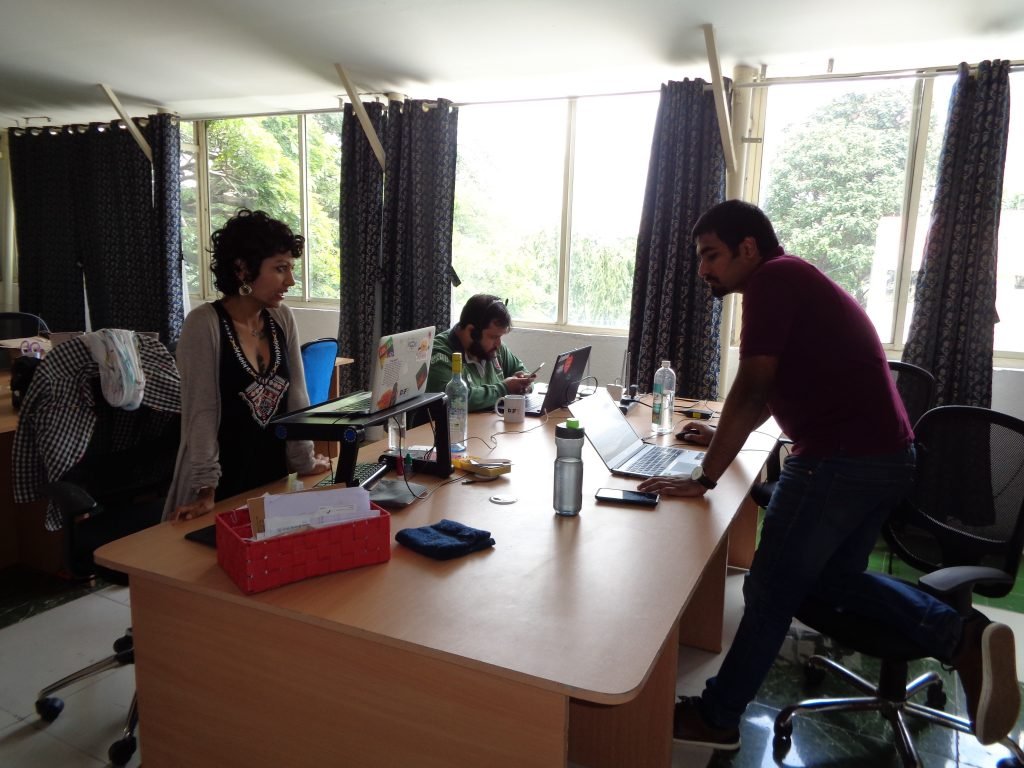 “Nine out of 10 adults will tell you how messed up the school was for them. I too was a complete misfit,” shared Megha.

The trio identified the core problem with the mainstream education system, where being able to choose what one really wants to do in life is a battle.

“The core problem was the system and we wanted to change that. We asked ourselves that if the system has to go, who is reimagining the new one,” she said.

Started as a test project in 2014, Project Defy’s first-ever nook was in Banjrapallya, located on the outskirts of Bengaluru. With just a room and a couple of computers, Abhijit opened one of its kind learners’ space.

Gradually, children from nearby areas started showing interest in that space. They often visited the hub to play games and learned to use the computer on their own.

After witnessing this transformation and success, the team decided to see if the model can be replicated and is sustainable. Hence, they set up their next centre in Uganda in a refugee camp and another centre in a farmers’ community in Bengaluru. The model worked in both of these scenarios and the team became confident to scale up and take it to more communities across the world. 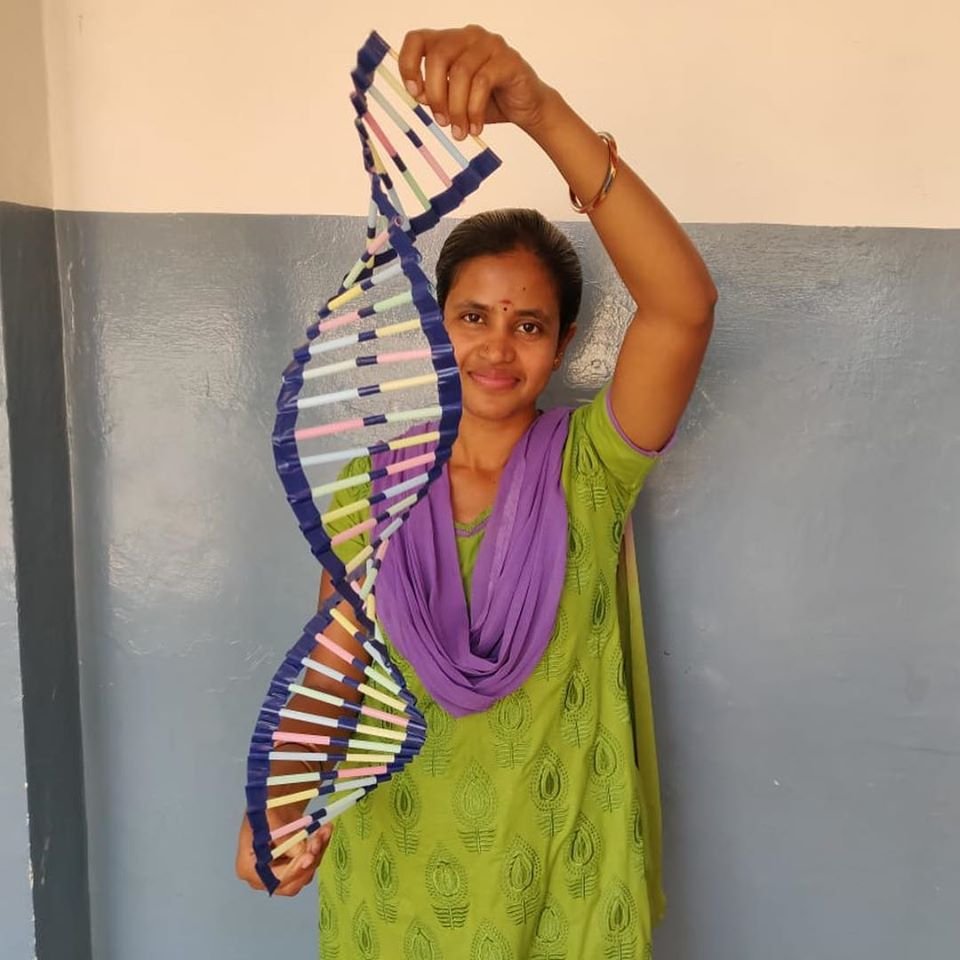 Women are the ones who have benefitted the most out of these nooks. | Photo: Project DEFY

One of the early impact cases were of the rural women, who were looking for jobs. They self-taught themselves English, communication, basic computer and other skills on their own. Many of them eventually got jobs in the city and other nearby areas.

“When these women go back to their homes after coming to these nooks, it changes their position in the family. It changes their say in the family, especially young girls. They are heard more. These kinds of things started changing in the community,” shared Megha.

Another large-scale change was seen in Kheda Jatta village of Punjab. The area was highly socially divided. There was a line in the middle of the village that divided different communities. It was divided to such an extent that generations of children had not spoken to each other.

In Karnataka, two young boys, Kushal and Ajay visited the nook for the first time in 2015. In just a few months they went on to utilise the  resources for a bigger cause.

Ajay, whose father is a farmer, went on to create a hydroponics project to help his father. Kushal created a women safety device. Both of them became Ashoka Youth Venturers, a prestigious recognition for young changemakers.

The similar existing centres not just involve high infrastructure cost, but also are cost heavy and people heavy. Project DEFY has eliminated all of this and has proven to be a successful model for self-directed learning. 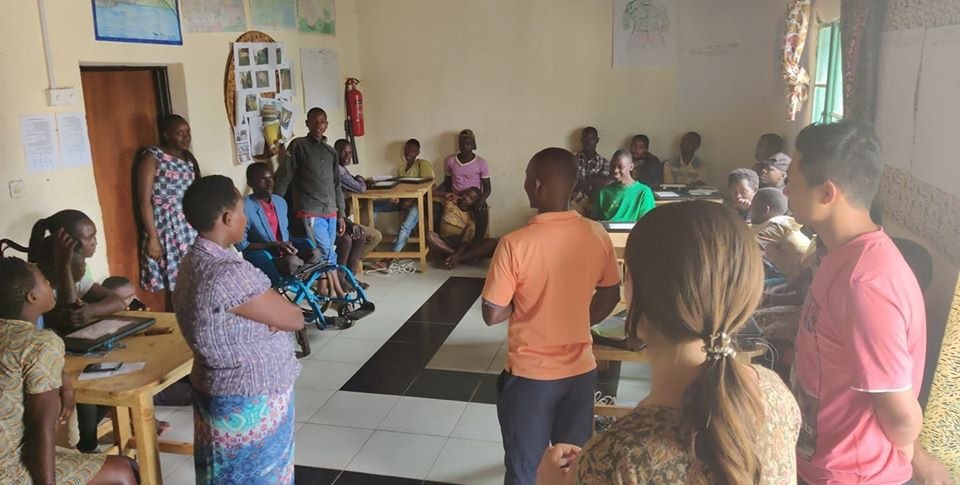 The team’s bigger vision is that Project DEFY should stop existing in the next 15 years.

“It should come to an end. And for that to happen, we should be able to create a global community of self-learners,” Megha said.

The team’s focus is now to create global communities, offices, and hubs. They have created their first global office in Rwanda, the second one is coming up in Zimbabwe. With the help of these hubs in different continents, communities don’t need Project Defy. They can create their own small nooks in that geography.

You can help Project DEFY by volunteering with them to document stories from their various nooks. They have a presence in various states across India and they constantly need volunteers. They also need help with fundraising to support their current and future nooks.

To know more about Project DEFY, visit their website.