Raghunath Veeravel from Tamil Nadu is bringing back the lost forests through his interesting initiative, Aaranya where he has brought people of all age groups together for a common cause.

Raghunath Veeravel was 10 years old when a dense forest close to his home in Kudikadu, a village near Cuddalore, Tamil Nadu, was chopped off to create space for new industries. The incident deeply affected Raghunath as the forest was an integral part of the community and the village.

With industries replacing forests in the 1980s, many families in Cuddalore were forced to leave their homes and migrate to other areas.

“We became internally displaced. My father too had to move to Chennai from Kudikadu,” Raghunath, who is 36-years-old now recalls.

Soon, the memories of a lost forest blurred and Raghunath moved on in his life. He became a marine engineer and sailed for nine years. It was his stint in the marine industry that refreshed his memories of the damage humans are causing to the environment. 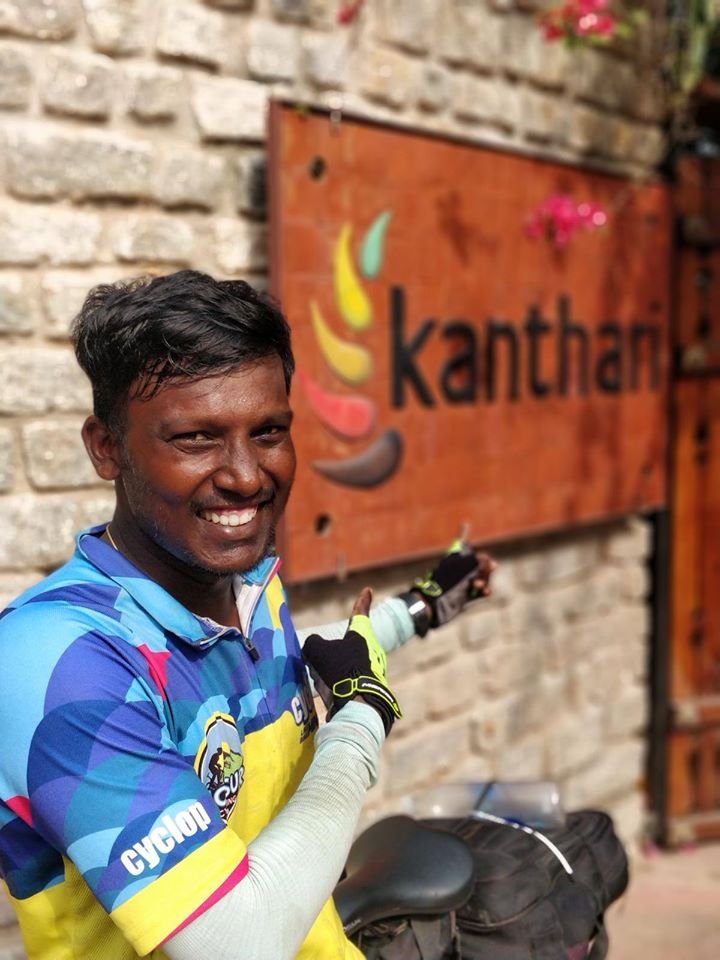 “The pollution in the marine industry, the garbage, oil, and sewage that was being pumped out in the ocean made me realise how humans are exploiting nature. I recalled the times when so many trees and forests were cut down during my childhood,” Raghunath said.

He then quit his job and went to Auroville, Tamil Nadu to be close to nature and also to understand how a community can co-exist with nature.

In 2018, construction of a national highway was announced, which would cause cutting of over 2,000 trees. Raghunath, along with the Auroville community filed a petition to stop the project. The group was successful and the project was paused.

“This small victory made me realise that we all have to stand against unnecessary development actions. Just to shorten a route, we need not cut thousands of trees. We already have a bypass, so there was no need for another road. We have to understand such things and speak up,” Raghunath said. These small incidents inspired Raghunath to start an initiative, Aaranya. Through this initiative, Raghunath is saving the green cover by planting trees across Tamil Nadu. Aaranya works in three ways.

The most ambitious project of Aaranya is to create 26 mini forests across Tamil Nadu. Each forest will be in the shape of an alphabet and will host a wide variety of native trees. Each forest will also have a seed bank and nursery of indigenous trees.

“It will be a place where people can get connected to trees. Today, people don’t even know the names of the trees around them. Places like these will help in spreading more awareness,” he said. He further added that each tree has its own purpose and value. People need to be educated about the importance of trees around us.

Another initiative is to refurbish abandoned parks and gardens with the help of community mobilisation.

“I plan to engage senior citizens in this project. A lot of the people want to contribute towards a cause, but don’t know how and where to do so. I will create a platform where people can unite for a common cause,” Raghunath said.

Bringing the kids together

The third part of Aaranya is to engage with school and college students. Raghunath organises seed ball making workshops with the students and teaches them about seed collection and tree survey.

“I give hands-on training to the students. We take them to the forests for seed collection and give them assignments,” he said.

Further, he chooses a few students from a school and asks them to plant one tree each. The student is in charge of his/her tree and has to take care of it every day. The tree is named after the student who has planted it.

“As students see their trees growing, their confidence is also boosted. Once they leave the school, their name will always be remembered,” Raghunath said. Being an avid cyclist, Raghunath has also engaged hundreds of people through his cycling group. He trains them in seed ball preparation and tree plantation. To date, he has prepared and planted over one lakh seed balls.

“A seed doesn’t know whether you re rich or poor, academically good or bad. Seed just grows once planted. That is its nature.”

However, the journey was not easy for Raghunath. Since he did not have any knowledge in the field, he faced many failures. He didn’t know much about soil preparations and tree species. Hence, the survival rate of the trees he planted was very low. Many times, he would struggle to arrange for funds to carry on the activities. He joined kanthari, an institute of social change where he learned crucial things about sustaining his initiative. He learned organizational management and also formed a useful network to support his work.

“I have self-taught myself in everything. I didn’t have anyone to teach me. I am still learning,” said Raghunath.

You can support him to plant more trees by contributing to his crowdfunding campaign.

To know more about his work, check out Aaranya’s website.