Using boiled leaves, ashes, dirty clothes and much more during menstruation caused some irreversible damage to young girls’ bodies. When a 19-year-old girl heard these stories of pain and shame, she decided to change that. Here is how she has helped over 5,000 young girls embrace their periods in a healthier way.

Over 23 million young girls in India drop out of schools annually after they start menstruating.  About 70 percent of women cannot afford sanitary products and about 300 million women use unhygienic alternatives like newspapers, dry leaves, and cotton rags.

When Sanjana Dixit, a 19-year-old from Bengaluru visited an NGO on her 16th birthday, she came face to face with the reality of these shocking numbers. She had to use the restroom and was shocked to see its poor condition. She wondered while people were donating food, study material, and clothes to the NGO, why was there no awareness towards the hygiene and sanitation.

“I wondered how the young girls managed during their periods? The bathroom was filthy. There was no awareness about menstrual hygiene and the girls were using whatever they could to stop the flow,” shared Sanjana. This incident left a deep impact on Sanjana and she researched more on the issue. “The things I read and found out were startling. Girls were using unhygienic clothes, palm leaves, and resorting to measures as extreme as sitting in one place for ours and even sitting in the mud,” she said. 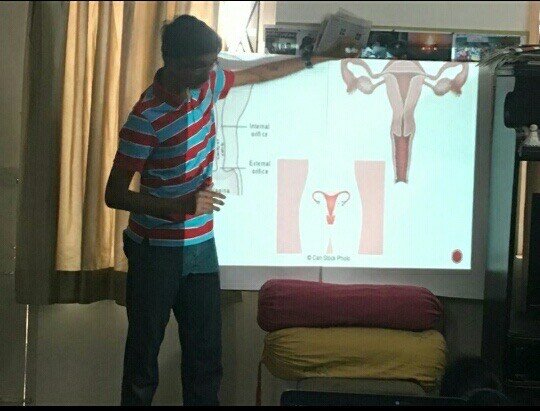 The first step was to spread awareness among young girls through workshops. She contacted experts and gynaecologists to understand the issue better.

In rural areas, the workshops covered a wide range of topics including basics of menstruation, common terms, PMS, cramps, PCOS, what products to use, etc. Through an interactive discussion, the objective of these workshops is to help rural girls get comfortable with the topic and share their experiences. One of the most important parts of their workshop is to burst the myths and discrimination attached to periods. While in urban areas, these discussions happen in a different way. Since many girls are already aware of menstruation and products to use, the focus remains on including boys in the conversation.

“We go to various schools and organize Period Talks where both girls and boys participate equally. The idea behind is to share experiences and knowledge which they don’t get from their houses,” shares Sanjana.

And as Sanjana spoke to more girls, she heard stories of horror, pain, and shame. One of the girls tied boiled palm leaves to the vagina to stop the blood flow regularly. This resulted in severe medical problems for the girl and she became infertile. Sanjana counseled her emotionally and provided her mental support and information which she didn’t get anywhere else.

Starting as a one-woman initiative, Rutuchakra soon emerged as a fully functional organization with over 30 volunteers and a core team of 13 members. 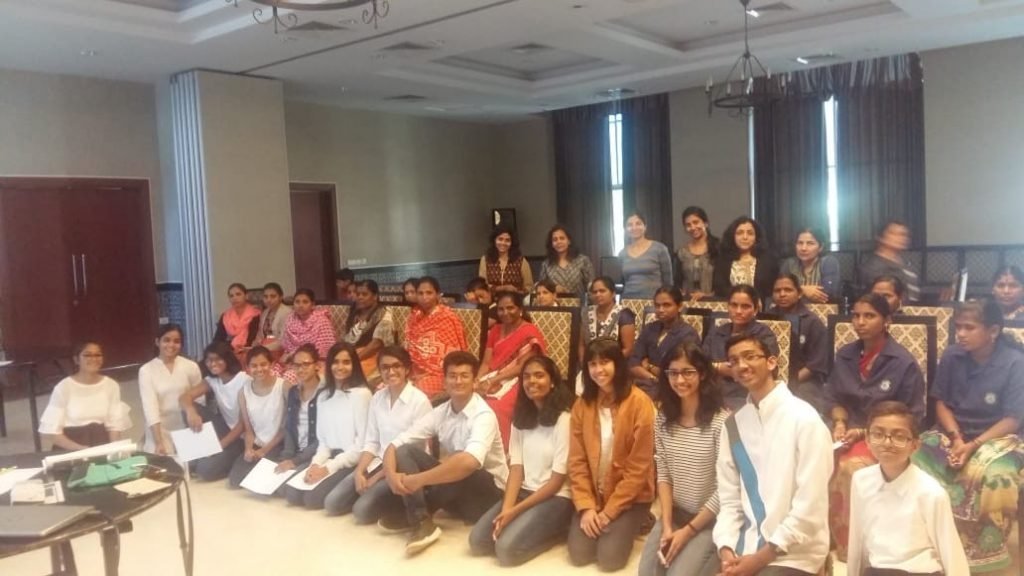 Rutuchakra has supported over 5,500 girls, distributed over 1,16,000 menstrual products, conducted 17 workshops, and worked with over 12 organizations, government schools, and partners.

The biggest impact that Sanjana noticed was that the girls had started asking questions. They were now discussing their issues and were concerned about their health.

“They cleared their doubts and asked us questions like can we play during this time or can we eat certain food items. We were happy to see them opening up and cleared all their misconceptions,” said Sanjana.

After the end of a few sessions, many girls showed interest in the next workshop. Even girls in rural areas asked will there be a workshop for boys.  Many girls shared that they felt empowered and more confident just after one workshop. However, after the workshop, the girls started going back to their previous environment and habits. Hence, she started doing follow-ups every six months. She personally visited them helped them adopt better menstruation practices.

“It was a challenging task since the initial reaction of the girls and families is always hostile. Especially talking about such topics in rural areas is not common. Through workshops, we started to ease things up. We started sharing our personal experiences, which helped in building trust,” said Sanjana.

Another challenge was to manage everything at such a young age. Many people didn’t take her seriously due to her age and refused to give her contact details of vendors. There were vendors and doctors dropping out at the last minute and it became challenging to function with limited resources.

“However, the biggest challenge was to change the mindset of people. Just because we are teenagers doesn’t mean we don’t know what we are doing,” said Sanjana.

Sanjana raised over 3.5 lakhs through crowdfunding to run the organization. They also depend upon CSR fundings and sponsorships. In 2019, Sanjana got associated with Ashoka India’s Young Changemaker program, which helped us form better connections and gave her access to a big network. Sanjana and her team are actively working during the COVID19 lockdown. Within three months they have distributed over 54,800 products and helped over 4,000 menstruating girls. She wrote letters to the CM and PM on how Rutuchakra can help in distributing sanitary products during the lockdown. Rutuchakra is currently active in Karnataka, Delhi, and Mumbai.

Her future plan is to start chapters in more cities and cater to a larger audience. She further plans to work with the government and help them plan more cohesive policies around menstruation.