When a 14-year-girl saw the poor condition of slum children in Madhya Pradesh, she decided to change that. She created makeshift schools in the slums and even helped children come out of drug abuse.

Madhavi Moyde was 14 years old when one day she saw small children helping their parents in the construction work. Some children were even taking care of their younger siblings. Madhavi who came from a family of teachers understood the importance of education in life.

It is the key to success and many opportunities in our life. Without higher education, we can’t even think of a good career. But what about those underprivileged kids who don’t have access to education?

This thought provoked Madhavi to teach those children in her free time. Gradually, she realized that a regular school was necessary to bring a change. When she turned 18, she started an organisation called the Vijay Social Welfare Society (VSWS) in the Musakhedi area of Indore, Madhya Pradesh in 2016. The organization has multiple initiatives and focuses on educating slum children.

Madhavi started visiting slums frequently and segregated the children on the basis of their adversity and approached the neediest ones first. It took two years of rigorous research to get the NGO started. 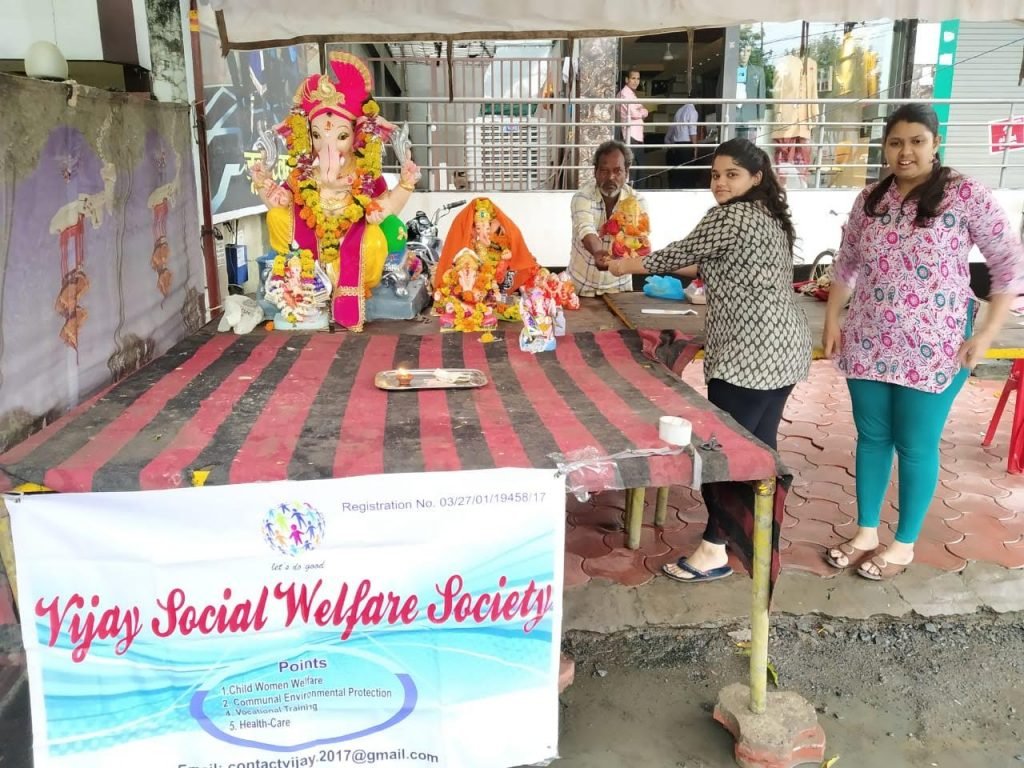 “Initially I too had to miss my class 12th coaching and some classes of the first year. Since the children had never lived in a disciplined environment, it was hard to get the schooling started. At first, we used to play games as a mode of teaching, and it actually worked,” says Madhavi.

The holistic development of slums

VSWS works towards educating slum children in Khajrana, Musakhedi, and Sudama Nagar slum areas of Indore city. The organization soon branched out to cover various aspects of development.  There are six projects under the organization; Nirog, Nanhi Udaan, Sankalp, Umang, Prithvi, and Uday.

Nanhi Udaan was the very first initiative that brought together slum children for education. Madhavi created a makeshift school in the slum. She converted slum houses into classrooms and gave rent to the house owner.

Prithvi Project focuses on creating cloth bags and spreading awareness about banning the use of single-use plastic. Under this project, Madhavi employed the women of the slum and sold over 2,000 cloth bags. 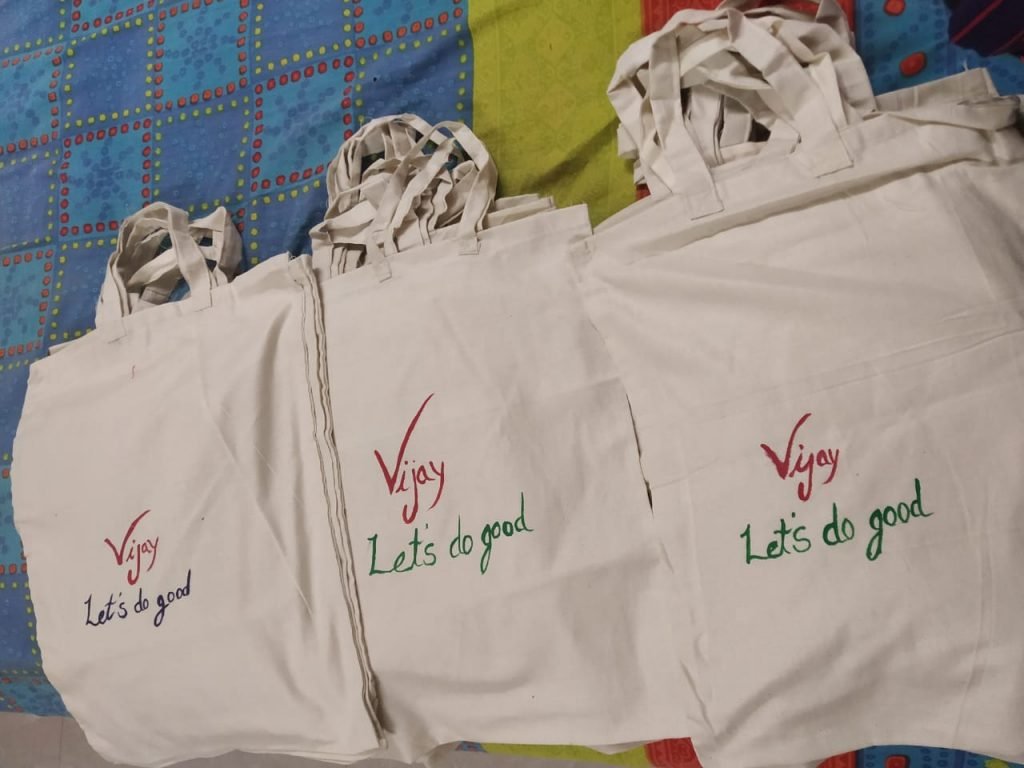 Umag project covers the current migrant crisis in India. Under this initiative, Madhavi and her team distributed food items like biscuits and Sattu to the migrant workers.

At such young age, Madhavi has been tackling serious issues like drug abuse among children too. Since consuming tobacco and other forms of drug is very common in slum areas, Madhavi decided to spread awareness about this. She started sharing health hazards and ill-effects of drug abuse and conducted various workshops to change the behaviours of the slum children. She showed various videos and gave many real-life examples of how tobacco can ruin lives. The first school, Vidya Vihan was established in Musakhedi and now has around 180 students in a total of 7 classrooms. After class 8th, the children are enrolled in government schools where the NGO helps them to cumulate the essential paperwork for admission. Madhavi with her school students

“After my 10th board exams, I wanted to party like any other teenager. But my mother asked me to come to a nearby slum area as she was always involved in social service. Looking at the ghastly condition of the area, and the lack of basic necessities I was shaken to my core that day. It was an eye-opener for me and that very night I decided to start working on an NGO,” says Madhavi. 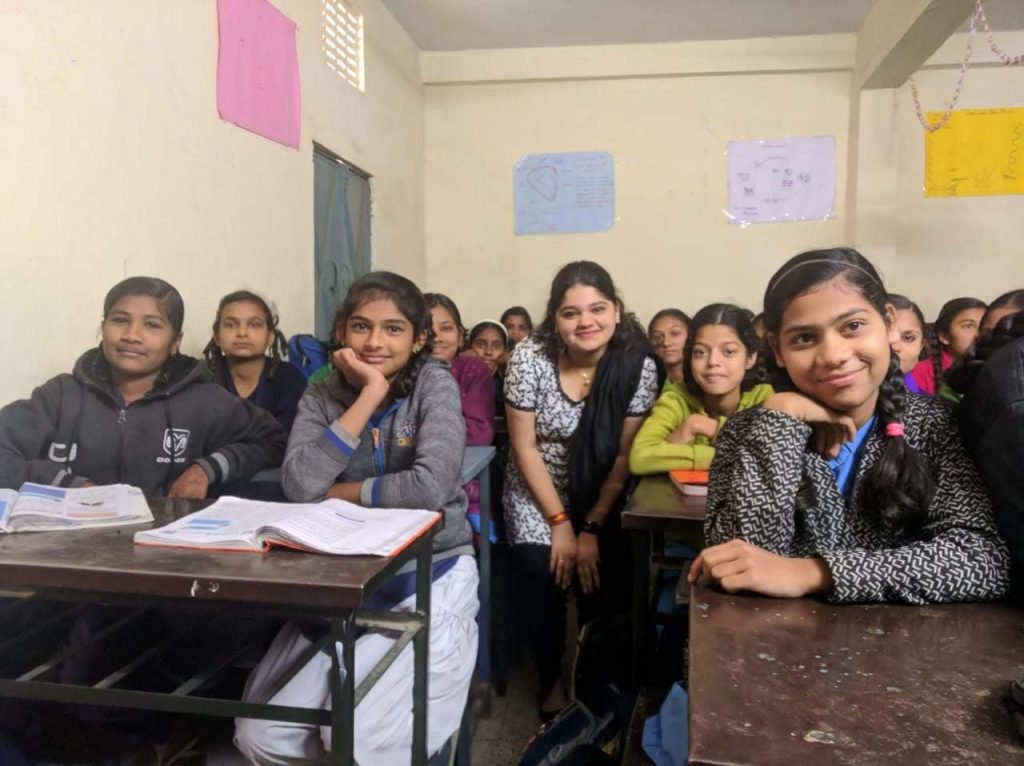 Classroom interactions with the students

Talking about juggling between college, internships, and NGO, Madhavi said, “I never find the schedule hectic. When something gives happiness to you and you are motivated to do it, you will always find the time.” Apart from this, some issues of water, food, hygiene, cleanliness cause havoc, but seeing the determination of the teachers and the students give Madhavi the motivation to go on.

Being a young changemaker, Madhavi says this to the youth, “People should stand up against wrong. They shouldn’t be so inhuman because they themselves are privileged. If you have the amount of money and the number of resources, then be the change. Make yourself available for the underprivileged class who actually own nothing.”

With a team of 8 people and a bunch of local teachers, VSWS is working day and night to educate the slum children and help them build a better career for themselves. Even during this pandemic, Madhavi is trying to reach out to the students to teach them about COVID-19, the importance of washing hands regularly, and maintaining proper hygiene.