After two months of lockdown, the migrants have no food, work, or healthcare facilities. Those stuck in cities can’t reach their homes and those in villages can’t feed their families. Our ground report from rural Madhya Pradesh.

Madhya Pradesh has over 50,000 villages with over 50 percent of the population dependent on farming activities. The coronavirus pandemic has turned the fate of several unorganised sectors to the darkest. The worst-hit people are farmers and migrant workers.

“We are coming from Jalgaon, Maharashtra, and heading to Satna, MP. As our factory owner denied giving us money and ration to feed ourselves, we decided to walk till our homes,” said Rajendra Singh, 20-year-old migrant labour working at a plastic mat factory in Jalgaon.

He with hundreds of others was walking to his home town. Rajendra also complained about police abuse. As he walked several districts, police departments of these districts were seen in a hurry to push these workers beyond their district limit.

“I cannot even tell you the words policemen used to call us,” he explained. These hundreds of workers were walking in groups of five to ten people. Rajendra with four others was one such group. All of them have had sleepers on their feet and a bag pack. They had traveled 600 kms and were aiming to walk 400 more.

After they walked ahead, a mini truck was seen carrying 31 of these migrant labours.

“Sarpanch of a village near Khandwa (MP) has asked me to drop all of them to Itarsi. They were walking and I have nothing to do with anything,” driver of the mini-truck said.

Although it was learned that driver had not taken any amount from these labours.

They were standing on the truck with an open roof. One of them had shared a list of their names to me. After two days, one person called me and narrated that he was stuck somewhere near Narsinghpur, MP. 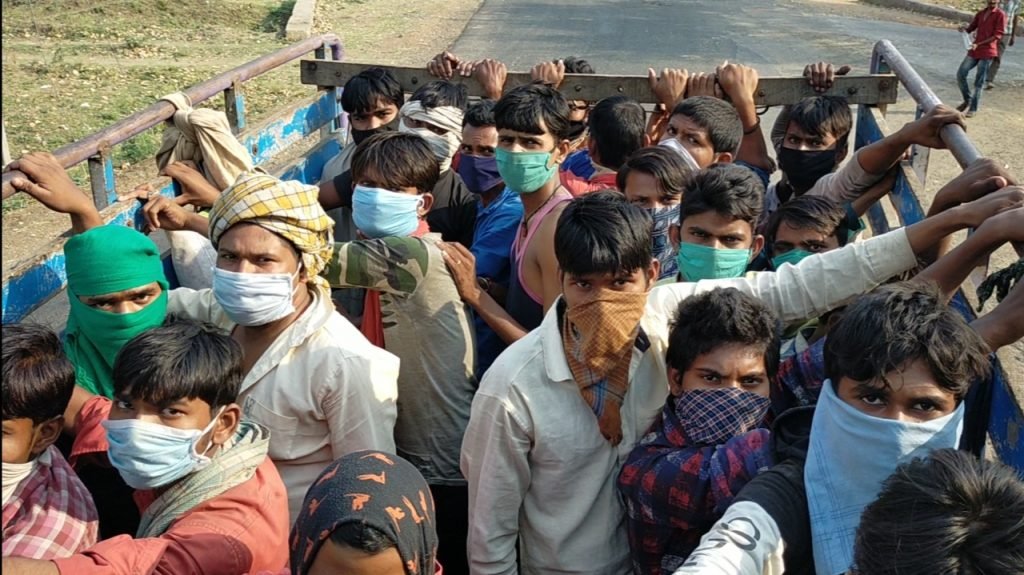 Although, after six days since we first met, the group had reached their respective homes on April 24, 2020. Even after they reached their homes, thousands of the workers were still walking, many injured, and a few dead during their long journey. The atrocities are starkly visible. The problem of migrant workers and the enormous scale are making it extremely difficult to contain it. India has over 40 million migrant workers.

The stories of migration workers have attracted the attention of the government and now a few special trains were plying them. The labours, who were at their villages and are workless, have been dealing with the pandemic with hunger, lack of knowledge, and poverty.

Although, rural India has seen nominal cases of the novel coronavirus – SARS-CoV-2- than urban India, it is struggling to feed itself. Their lives have become a burden to themselves.

Visiting a few village in Hoshangabad district of Madhya Pradesh reveal stark differences in the government claims and reality.

Sotachikli is a schedule tribe majority village with a population of 690, according to census 2011. While roaming for a while in the village, one can see children and youngsters gather without masks in groups. Children can be seen playing hide and seek and ice-water. Many of them do not know the answers to very basic hygiene questions. The government help has not reached them in order to upgrade their knowledge about the illness. The nearest fully equipped hospital is in the district. I.e. 55 kilometre away. Although, the hospital at the tehsil has a few facilities but is not loaded with equipment to treat major diseases. “We hear a few steps to be taken on news that one needs to wear a mask and stay at a meter’s distance but as you are asking about doctors and government hospitals, we did not see anyone coming here and spreading awareness,” said Kailash.

Villages where dilapidated houses have no facilities due to poverty, the lack of daily wage works taking the villagers at a verge of hunger and hopelessness.

“Before lockdown, we used to earn nearly 250-300 rupees daily and now everything stopped. We do not earn a penny nowadays,” said Imrat Dhurve, a labourer from Sotachikli.

He lives in a hut with his mother, wife, and two children. 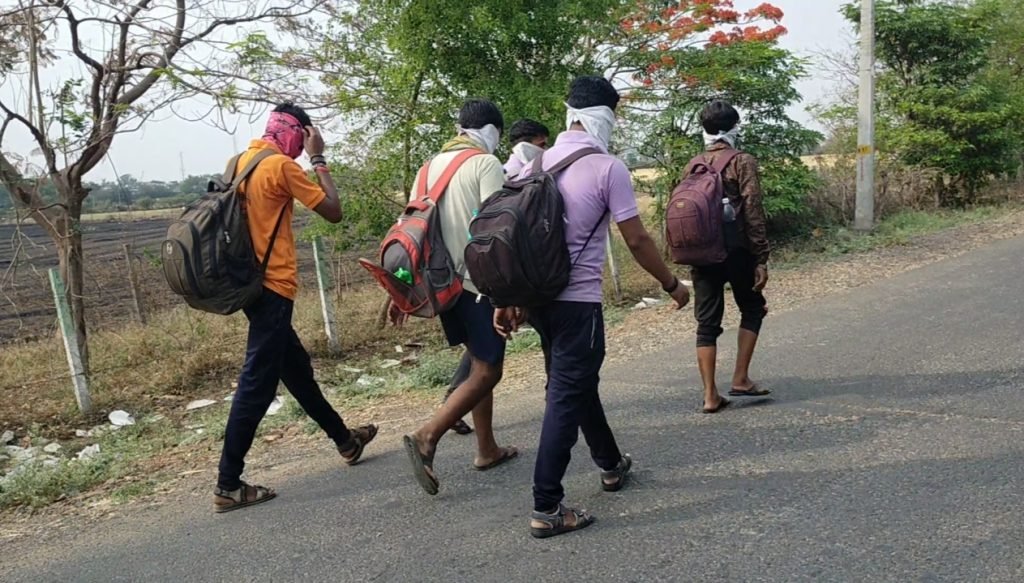 According to the people in the village, Anganwadi workers have distributed one soap and 10 kg grains per family two days ago, i.e. after 40 days of pan India lockdown. Several others complain about the scarcity of grains and pulses.

“Even after applying for several times, we do not have our ration cards for five years now. I have a seven-membered family and the government gave us 10 kg rice, one soap, and only two masks,” said Narabdi Uikey. “Even after years, we do not get ration or money. During these times when the work has stopped, how can a large family like us survive?” she said.

“I have had applied for ration card five years ago, but in vain. We do not have it,” she added.

The farmers and the damaged crops Narabdi Uikey is one of the abandoned labourers during the lockdown who has no work to feed her children. She has a family of seven including her husband, Sunil Uikey.

This is not the story of only one village. Nearly two weeks ago, I visited three more villages. Pipalgota, Malapath, and Nandarwada. The same stories had been told to me.

Vegetable farmers in Nandarwada narrated their stories of loss as the government has stopped buying vegetables.

“I leased five acres of land to earn a livelihood. Wheat was destroyed by hailstorm and now the lockdown is destroying my vegetables. I have quintals of tomatoes, but eventually, the only option remained was to throw it away,” Umashankar Kushwaha, a farmer, said.