Can storytelling transcend borders and bring peace? Checkout the project showcasing unique narratives of true love and tolerance from the people of Pakistan and India with a goal to promote unity and friendship between everyday citizens.

Between 10-20 million people were left displaced by the Indo-Pak partition. Several families were left forever separated, while some managed to tearfully reunite decades after the partition. Lighthouse’s recent project Beyond The Borders celebrates the narratives of true love and tolerance of the people of Pakistan and India. Their campaign encourages harmony and camaraderie between both countries and hopes to ignite a better future through fervent stories and renewed perspectives.

Beyond the Borders began its journey by facilitating and highlighting joy, goodness and unity present in the world communities. Landlocked in conflict, but liberated by stories of love, warmth and unity; the campaign consists of poignant perspectives from mini-stories, poetry and letters about the cross-region propinquity people face living miles away from each other.

From Lucknow to Lahore, Illustrated by Ruchita

In one of the mini-stories, writer Nila Dhruv scribbles: From Lucknow to Lahore, I wonder if the leaves change texture; if the breeze hits different, if the ground morphs, too. From one state to the next over the border, I wonder how the air tastes stranger; if the streets look foreign, if the people do, too. These decades that have flown by, how many transformations have they brought? If we have grown up now, have we forgotten our ties? From Lucknow to Lahore, I find that the chatter does shift; I hear Hindi, Punjabi, Awadhi, Urdu and all their dialects carry variance. But, from Lucknow to Lahore, I also see people; their countenance marking a similarity from their past, their tradition, their culture covering the differences so you can see them become one and the same.

Other stories from the crusade, resonate with the familiar eerie feeling of dwelling so distant, yet so connected across the fence that marks the borders of the two nations. A fence that is a perpetual bridge for thousands of families taking them home, away from another home.

I see the treetops
In the distance, over the fence
I can’t walk over yet
The sherbs and the leaves
Mingle with ease, no one stops them
They have true freedom

Till then, I will wait
For my flower to join yours, too
Today, I’ll just hope. Across the frontiers, Illustrated by Ruchita

Brief letters traded between both the frontiers of the fence, however, go overlooked in the busy chores of life and probably fade into the chaos of everyday vitality. Driven by faith and filled with hope, these anecdotes celebrate the rejoicing core.

In one of the letters from India, Harini writes to Faraya:
People can only expand relations with others when they realize that the person opposite them is also human, that they are someone who is facing the same issues and gets hurt just as much as the other person. People often forget about what makes them human as they pursue other things. Hopefully, these kinds of interactions are what is needed. Hoping to hear more from you!

Until next time,
Harini 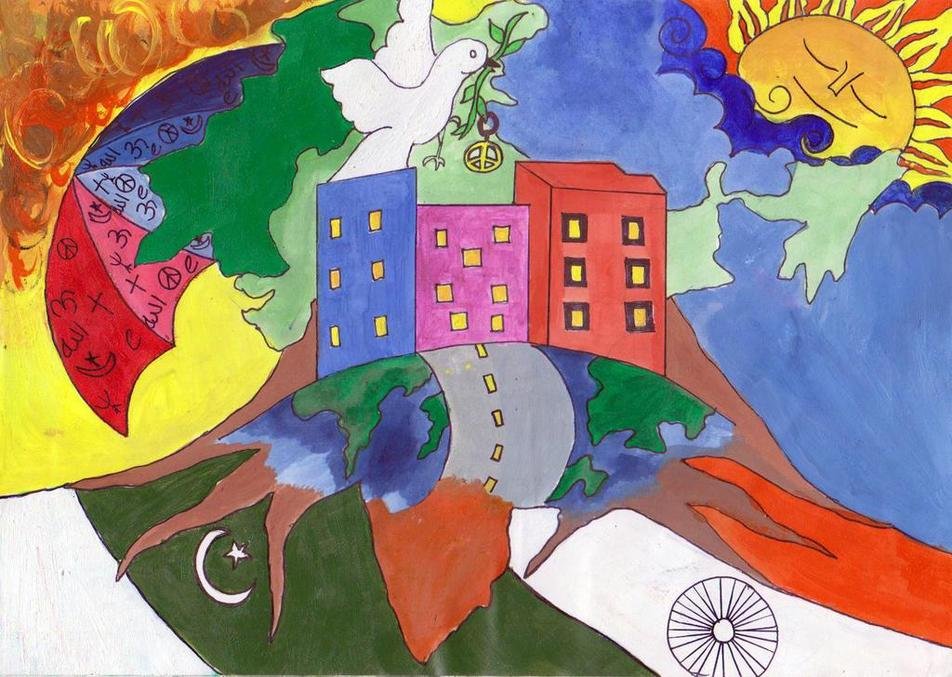 Of Hope and Destitute, By Jamina Rampurawala

Even between the constant political turmoil, quavering diplomacy, the anecdotes are but the end hopes that the fence does not push people to their destitute, but unites them across the posterity of social and cultural dividends. Beyond the Borders have managed to grasp the essence people always forget between the two great nations — of fraternity and solidarity.

When we see flags raised, flashing in the wind: we see them blowing elegantly, carrying the pride of their nations. ‘Iss parcham kay saye talay, hum aik hai’ [Underneath the shade of the flag, we are one]. We are one under our flags, but together our flags show we are one under the same sun. Our colours may differ, yet our speech, our homes, tells a tale more connected than ever, Sara Javeed writes.

Beyond The Borders is launched by Lighthouse in collaboration with Melton Foundation, Aaghaz-E-Dosti, South Asian Peace Project, and other organizations. 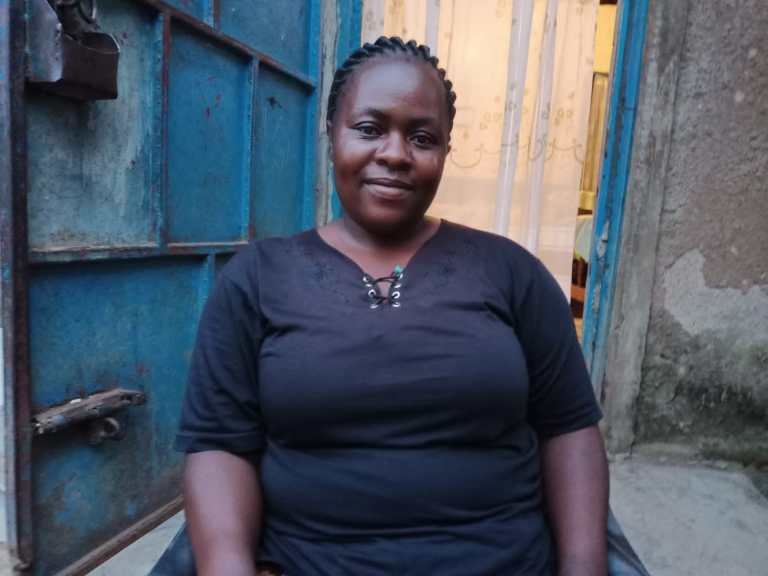 Another project by Lighthouse, ‘Stories of Kisumu‘, in an attempt at shining a light on the plight of gender violence survivors in Kisumu, Kenya. This 10-part storytelling campaign unmasks gender violence and inequality at the roots through personal interviews, podcasts and video documentaries.

Twenty Six years old Sofia from Kisumu dreamed of a better life when she moved out of her humble hometown. Instead, she faced sexual and mental violence at work. She was raped, denied justice, and was even fired by her employer. “Justice wasn’t served right to me. The police claimed that my rapist had fled out of town, and they would update us once they got hold of him. I still wait,” Sofia said.

After several months of job hunting, Sofia started her own business. She runs a small shop where she makes traditional African clothes (kitenge). The business doesn’t pay a lot but Sofia is happy that she has found her calling.  She is now married and a mother to a 3-year-old girl and a 1-year-old boy.

“Survivors featured in the campaign are more than statistics. They are real women, with real stories, and most important of all, with real hope,” said Ashitha Nayak, founder of Lighthouse.

Lighthouse is supported by the Melton Foundation, an international non-profit organization working on Global Citizenship.