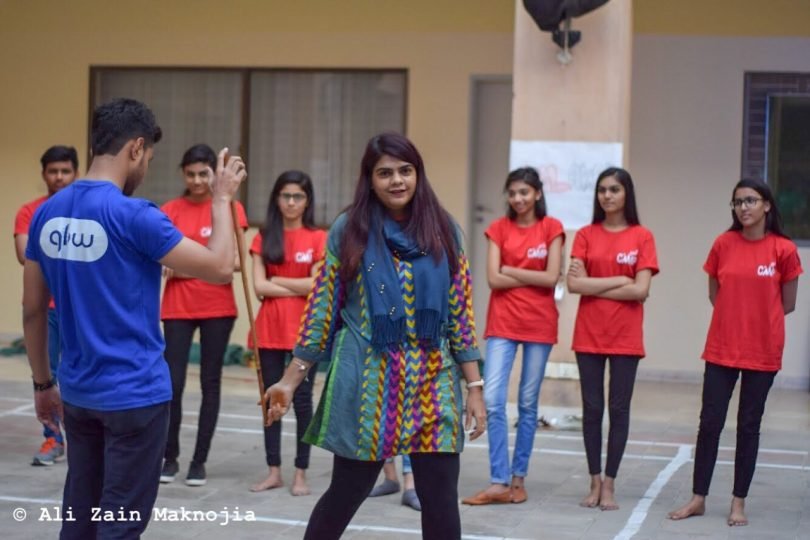 Sonal Dhanani from Karachi, Pakistan witnessed the death of her younger cousin during a terrorist attack in Pakistan. After this, she decided to start an initiative Parindey to provide a platform for creative expression.  By using cinema, music, and art, Sonal has touched the lives of over 3,000 people. Read more about her journey.

How are you feeling about yourself? This is the first thing Pakistan based initiative Parindey asks people while conducting any workshop or camp. With the growing terrorism in the country and the lasting impact on the affected people’s lives, it became crucial to do something for the revival of the country.

Coming from a middle-class family, Sonal Dhanani, the founder of Parindey, has always served the community since childhood. Even though she was pursuing her BBA and planned on doing an MBA as well, she was always engaged in volunteerism. She wanted to do something more for the community from the very beginning. 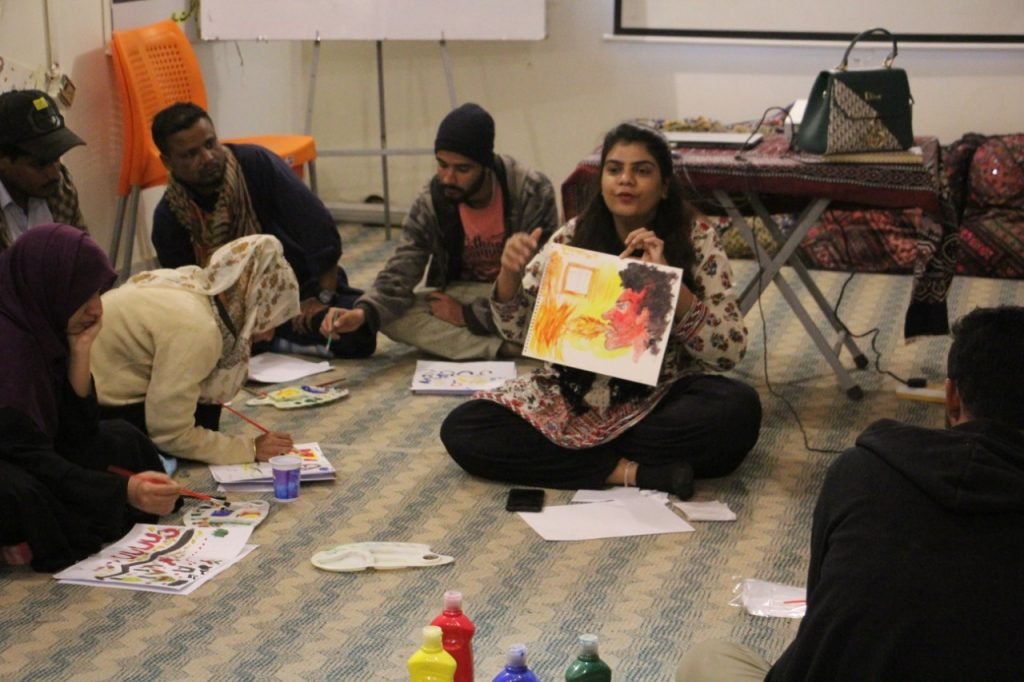 Using Art and Music to Transform Individuals With Dark Pasts

The volunteers from Ismaili youth of Pakistan, under the guidance of Sonal, started Parindey in 2015 which focuses on working for stress relief and reducing the impact of violent extremist actions in the community through creative remedies.

When asked why does she opt for only creative remedies, Sonal said, “Even today in Pakistan, art and music are not widely accepted. We need to understand the importance and impact of creative measures leading to remedies. Speaking from personal experience, many youths respond to creative remedies quickly as compared to the conventional ones.” 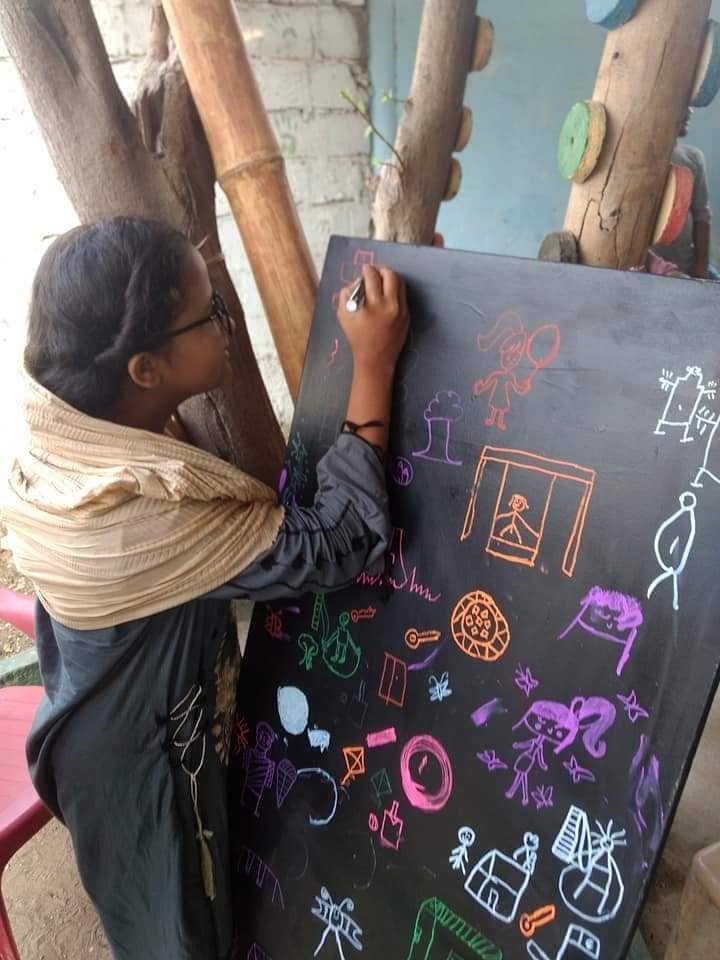 Parindey was started in 2015 after several terrorist incidents in Pakistan.

“It was horrifying to see 47 coffins lying in the front among which one was of my younger cousin. It was even more disheartening to see that the attack was planned by educated youth who have gone astray from their roots. This incident made me realize the need for providing creative support to the less privileged communities,” said Sonal. Parindey immediately started conducting creative therapies which include arts and music and cinema therapy. This approach of countering violent extremism gave everyone hopes to reach out to more communities that were stressed to help bring them out of their day to day struggles.

With four core members and around 10 volunteers, the Parindey team provides sessions to relieve mental stress. They also provide the participants with a rich opportunity to empower themselves and become a stress-free force for building peace in the society. Even before Parindey happened, Sonal got associated with Jugnoo Camp in 2013. “Jugnoo Camp, an Aga Khan Youth and Sports Board camp is for children between ages eight and 13. The camp promotes tolerance for pluralism, diversity, and ethics. It aims to broaden the educational scope of children while inoculating a spirit of volunteerism and community service,” said Sonal who turned 30 this year.

Till now there has been a total of 28 camps conducted with over 3,000 participants and hundreds of volunteers. Sonal managed and organised various camps along with other volunteers who were experts in their own fields.  For her great initiative, Sonal was bestowed with the US Embassy Fellowship in 2016.

The impact of her work is clearly visible through the young minds she has touched. A 13-year-old boy with ADHD attended one of her workshops in 2013.  The kid often felt left out and did not feel accepted. At the end of the camp, for the first time in the 13 years, he laughed a lot. All the other participants at the camp accepted him with open arms. He felt comfortable and could finally be himself. His father got emotional by seeing this transformation in his child. This is just one of the many positive outcomes of Sonal’s work.

Touching Many Lives Through One Initiative

Parindey is also the first organization in Pakistan to introduce cinema therapy and conduct art and music therapy for thalassemia patients. It is really important to provide a helping hand and listening ears to those who are struggling. 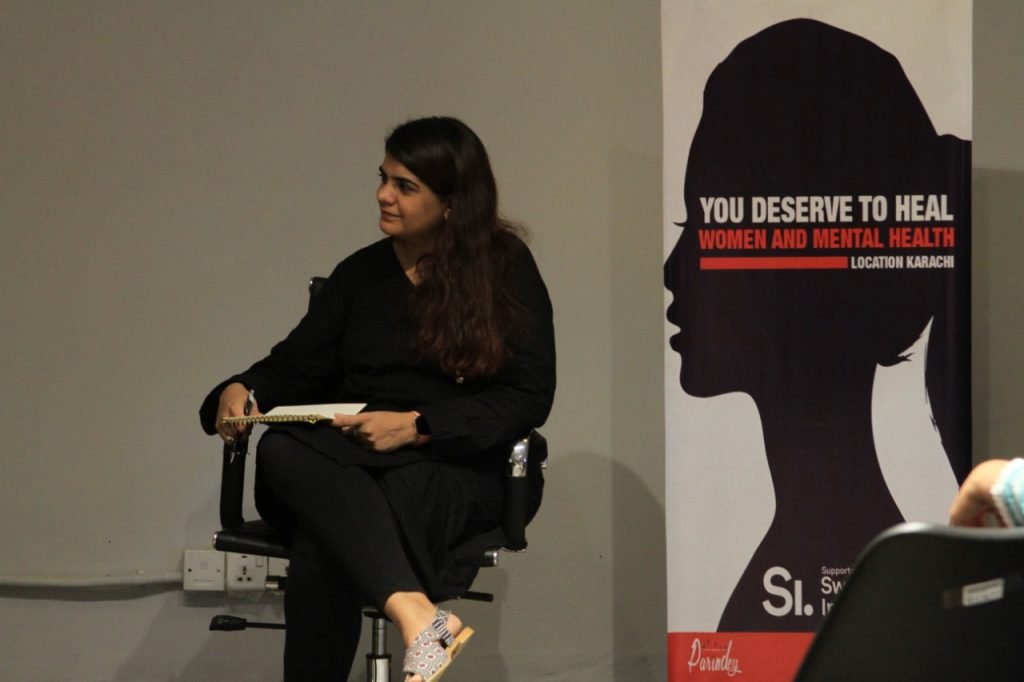 “Unfortunately, in Pakistan, there aren’t many platforms available to talk about and create awareness about mental health. This is especially true in less privileged communities to nurture the creativity in the community and to be able to stamp out the stigma attached to mental health,” added Sonal.

Amidst the prevailing COVID-19 situation, Parindey is planning to come up with online animated series and art therapy sessions to create mental health awareness. They are trying to use digital media to make Parindey accessible and reachable to all. They are also coming up with suicide prevention animated series. These all will be available on their Facebook, YouTube, and Instagram pages.

“We are not restricting ourselves in only one direction. We partner with different places. We are working on a 360-degree approach where we work with corporations and parents as well to help them bond with their children. We conduct such workshops at schools/colleges/universities to build better relationships between teachers and students,” said Sonal. 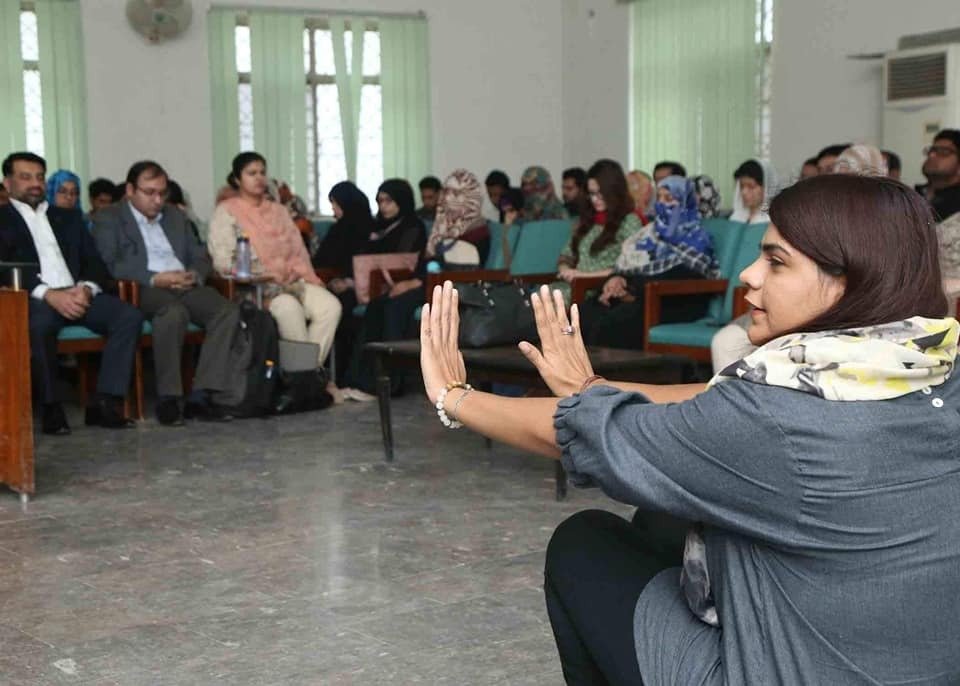 Sonal during a workshop

People at Parindey believe that creating peace within the self is the only way to create peace outside. Working for the prosperity of society, Parindey wants to be accessible and reachable to all the people. Especially the youth who are more prone to be recruited by extremist organizations.

Giving a message to society at large, Sonal expressed, “People need to come out and support initiatives like Parindey. Financial aid is one thing, but putting this message of creative remedies out in the world is very crucial. People need the right places to express their problems so that they don’t delve into the path of vice.”

With Parindey, Sonal aims to expand her work into Northern and Southern Pakistan to channel energies of youth in underprivileged areas in productive ways. The spirit of volunteerism among the youth of Pakistan makes Sonal hopeful for a healthier future and society.