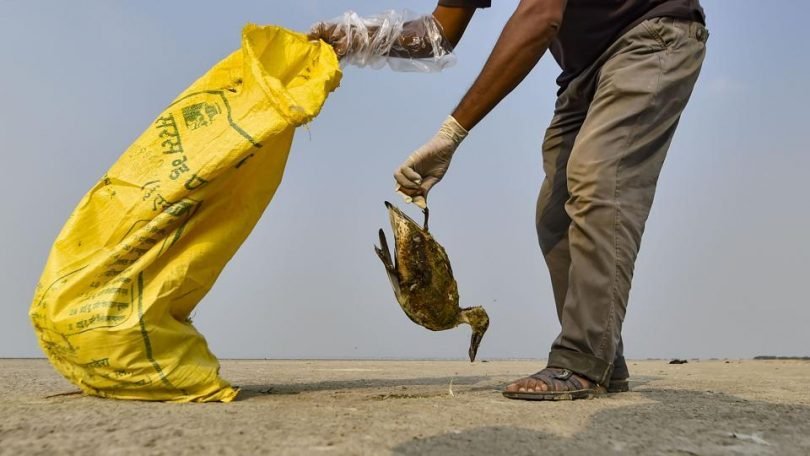 In November 2019, over 18,000 migratory birds died mysteriously in Rajasthan. Why thousands of birds suddenly died in Rajasthan? Let’s find out the reasons behind this mass death.

Residents of village Sambhar were in an utter shock when  37 Demoiselle cranes were found dead on November 11, 2019. Approximately 1,500 migratory birds of nearly 10 species were found dead around Sambhar Lake near Jaipur.

The site has been turned into a graveyard since November 10, with more than 17,000  bird deaths recorded by the Weather Department. A few days after the report, the death poll crossed more than 18000 birds.

“We have never seen anything like that. Mysteriously, more than 5,000 birds died all over the place,” said Vaishnav, a 28-year-old local bird watcher. Bird watchers Vaishnav, Ashok Rathi, and Manoj Meena went on a Sunday walk along the lake’s shore. They saw something that looked like cow dung strewn across the marshy ground. But it didn’t take them long to know that the dark lumps were bodies of hundreds of dead migratory birds.

While the deaths left the officials and the ecologists mystify in the beginning, several potential explanations for the mysterious deaths soon emerged.

Some carcasses have been retrieved by a medical team from Jaipur and water samples are sent to Bhopal for further analysis.

Ashok Rao, a veterinary doctor, and part of the team said he ruled out the possibility of bird flu while the exact cause of death was uncertain.

“We did not find any kind of secretion from the birds at the initial test, which is a giveaway in the cases of bird flu.”

But later on after all the studies, Avian botulism was one of the probable and widely accepted explanations.

What is Avian Botulism? 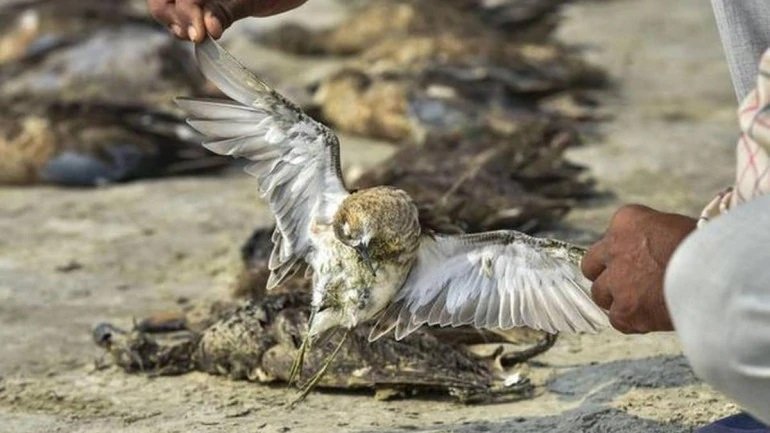 Avian botulism is a serious neuromuscular illness of birds caused by a toxin that is produced by the bacterium Clostridium botulinum.

To put in simple words, Birds are crippled by this lethal bacterial infection, leaving them unable to move, float or travel. The birds can’t hold their heads, which are falling. The virus in the body produces a poison that eventually destroys the creature. When an infected bird dies, it infects the maggots that sustain it. New birds eat these maggots, causing a massive epidemic. It becomes a vicious cycle.

Environmental Secretary Sreya Guha of Rajasthan said corrective measures were put in place based on expert advice from the National Institute of High-Security Animal Diseases (NIHSAD) in Bhopal and the Indian Veterinary Research Institute (IVRI) in Bareilly.

Sambhar Lake is the highest inland saltwater lake in India, it stretches between 190 and 230 kms. It is the source of about nine percent of India’s salt production. After the mass death of birds, the salt commissioner has allegedly ordered Hindustan Salts Ltd (HSL), a government of India company and the legal authority for salt processing, to avoid the dispatch of salt derived from the outbreak areas. Operations were stopped to decide that the salt provided is safe for human consumption. 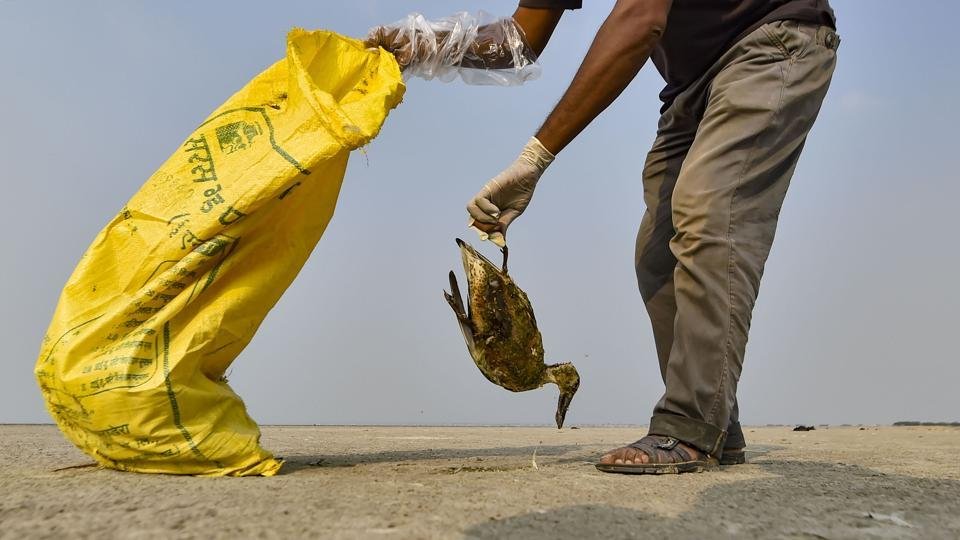 In 2017, the Ministry of the Environment advised rules prohibiting improvements in wetland land use, banned factories next to wetlands, and waste and water disposal. It also called on state governments to create a wetland authority to be chaired by the chief minister to protect important aquatic life structures on the ground. The environmental quality ranking is part of the strengthening cycle.

This monsoon, heavy rains that lashed northern India high the lake’s salinity. Nevertheless, it decreased the salinity around the margins of the lake bed when the water evaporated. The bacteria behind the current outbreak— C. Botulinum — is an anaerobic bacterium, meaning that only in the absence of oxygen can it grow and produce toxins. Therefore, the low levels of dry, salt water in the lake. Ecologists also conclude that the lake was the ideal place for the emergence of botulism.

It means the government will need to take immediate action to clean up and treat the whole Sambhar Lake — for human and avian welfare.

In 1990, as a primary wintering place for migratory birds, Sambhar Lake was declared a UNESCO Ramsar site (recognized as a wetland of international importance).

According to news reports, in August this year, the Environment Ministry began preparing a health map of 100 major wetlands in India. Initial findings suggest that Sambhar Lake has the lowest rating, dropping into category “E” (ratings are the highest with “A” and “E” being the worst). In order to survive, it requires “complete change” in the conservation of aquatic ecosystems.

Is there a human health concern?

People are at risk of avian botulism mainly only if they consume infected fish or animals. Although bird flu has been ruled out by NIHSAD, this was initially expected. Appropriate prophylactic precautions such as the use of helmets and gloves and the burying of carcasses in deep calcareous pits are addressed to workers.

The case of bird deaths in Sambhar Lake was investigated by Chief Minister Ashok Gehlot. The chief minister took information about the situation from the officials and ordered the authorities concerned to take immediate action. It should also be medically disposed of dead bodies of birds so that no chance of transmitting some form of infection remains.

Sambhar Lake is calling for a viable long-term solution to thrive. Will it be considered by the administration?