When Anshu’s life took an unexpected painful turn due to an acid attack, she thought there was nothing left to live for. However, the cheerful girl was too strong to bow down to adversities in life. She took charge of her life and today leads a happy life where she inspires other acid attack survivours as well.

Anshu Rajput from Bijnor, Uttar Pradesh was in her teens back in 2014. A girl full of energy, Anshu easily made friends and became the centre of attention in a room. Everyone around her remembered her as a girl who could bring smile on everyone’s face by just being her funny self. Anshu was dear to everyone at home and in the entire village. However, one cruel man made an attempt to snatch away this virtuous nature of hers.

A 55 year-old man, close to her grandfather’s age, developed romantic feelings for Anshu. He started following Anshu around and continued to make unpleasant advances towards her. He was Anshu’s neighbour and she was unaware of his predatory intentions towards her.

One day, Anshu was going to school on a bicycle as usual. The old man stopped Anshu and told her that he loved her wanted to be in a relationship with her. “I was shocked and horrified. I used to study in 10th grande and referred to him as dadaji (grandfather). How could a person who is nearly my grandfather’s age think like that?’ she said.

At first Anshu tried to calmly explain that she did not feel the same, but this did not stop the man from persisting. Anshu became increasingly troubled by his antics and told her parents about this harassment. Her family was very angry when they heard this, but her brother suggested that they all talk about it calmly and not to escalate the situation. Consequently, Anshu’s parents went to the man’s house and talked to his family. They were met with aggression from the old man’s household, so much so that they decided to enrol Anshu in another school so that they would not cross paths in the future.

Unfortunately, the man did not stop his chase for Anshu there. After more harassment and another fight, the news started spreading through the village. When the villagers got to know about this they got angry at the man. This made him resentful, and he blamed Anshu for rejecting him and turning the village against him.

One evening, when Anshu was sleeping, the old man broke into her house and poured acid all over her. As soon as the acid touched her, Anshu cried out in pain. The man fled, and Anshu’s family rushed to her side. Distressed at their daughter’s pain, they had to travel for an hour to reach the closest hospital, where they admitted her for treatment.

However, the hospital did not have the adequate facilities, so they transferred Anshu to another hospital, where she spent 12 days in treatment. The doctors there were unable to treat Anshu’s severe burns completely, leaving Anshu with permanent physical disfigurement.

“I was scared to see my face. Had I received proper treatment on time, my face wouldn’t be so disfigured. We could have saved some of it,” she said. Anshu Rajput- Before and After the Acid-attack

The treatment could do only little for Anshu

Anshu’s face, hands, and neck were completely burnt. Her nose was completely scorched and one of Anshu’s eyes was fully lost in the attack, with the other majorly impaired. She could not see anything for 6 months, and her parents feared that she would die. Anshu’s parents brought her home. Later, a doctor who had treated another survivor began treatment for Anshu, which improved her condition a little and restored her partial eyesight.

Today, many Anshu’s problems have still not gone away. She is not able to open her mouth fully while eating food and cannot eat using her hands. Whatever Anshu eats, she has to eat only with a spoon. When Anshu goes in the sun, her face burns. On top of all this, she is suffering from depression and mental trauma from the attack.

“I hope the government prioritises treatment for acid attack survivours because the initial few hours after the attack are very crucial. If the right treatment is not received at that time, it can lead to permanent damage. Facilities like air ambulance should be made available for acid attack cases,” she said. A beam of happiness

Anshu’s life started showing positive change after she joined Lucknow based Chhanv Foundation, an NGO that works towards upliftment, care, and empowerment of acid attack surviours.  The love of the Channav Foundation brought the joy Anshu felt in her childhood back to her. Her happy go lucky attitude returned, and her smile became one hard to miss.

Today, Anshu works in Sheroes Hangout Cafe, a restaurant managed and run by acid attack survivours. She also campaigns to spread awareness about the issue and also counsels other survivours. She brings character to the cafe and laughter to her customers. Anshu dreams of completing her education, but due to her impaired vision, it is difficult to do so. Still she persists and is enrolled in online classes. 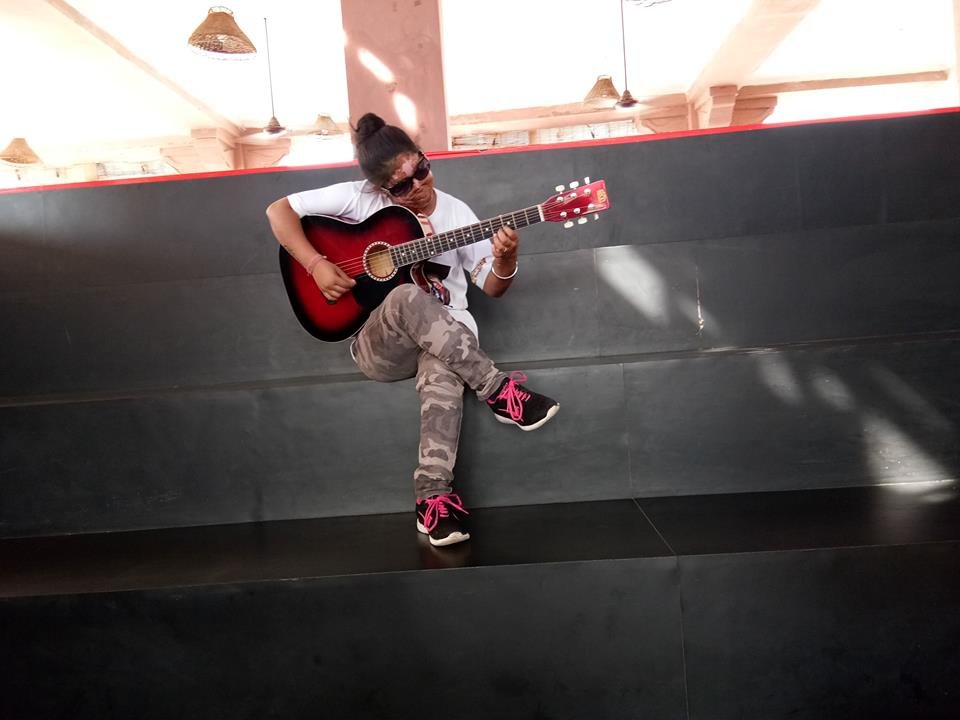 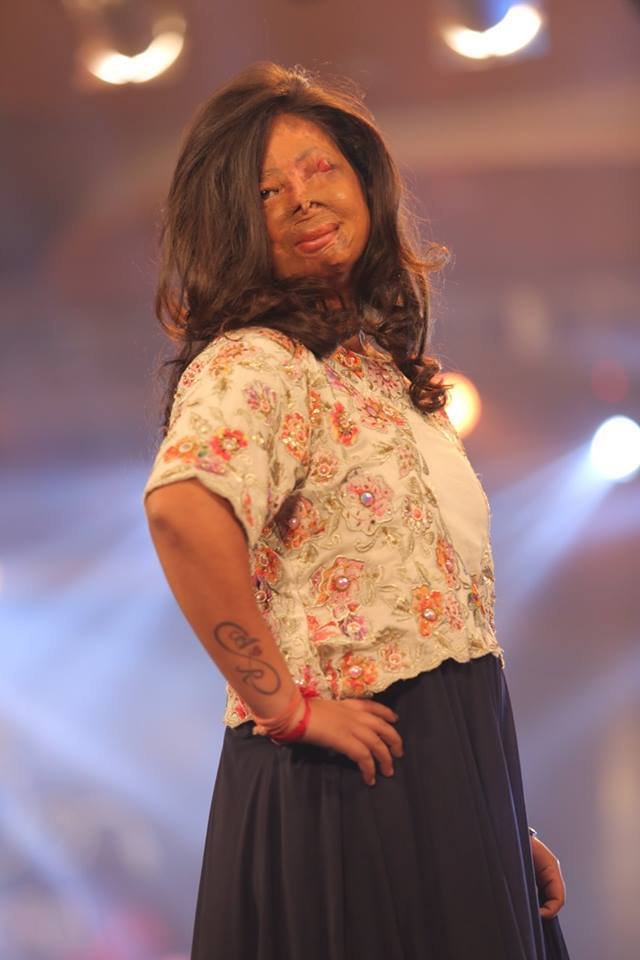 Anshu moving towards a life without inhibitions

How COVID Impacted her

After the nationwide lockdown was announced, Sheroes Hangout Cafe struggled to sustain its business. Resulting in several jobs at stake. Anshu was one of those survivours who was at the risk of losing her job. She spent her time with the family at home. Thanks to several crowd funding campaigns organised by Chhanv Foundation and the partial salary that she received from Sheroes Hangout Cafe, she was able to sustain these testing times.

“Thankfully, I was able to sustain myself during COVID 19 and the lockdown. But everyone is not so lucky. Many survivours require critical healthcare, which is not available during the lockdown. And there is also only a limited number of girls that the acfe can employ. There has to be more employment opportunities for survivours,” she said.

Her hard-working and courageous attitude keeps her going through whatever turmoils life throws at her. She encourages everyone around her to live fearlessly, and is grateful for all the support she has received thus far.

If you like our grassroots journalism and would like to help us in bringing out more such stories of change, please subscribe to our print magazine here.