One man from Maharashtra is providing dignity and employment to the youth in the construction and real estate sector. By providing necessary skills and training, this is how he managed to make successful entrepreneurs out of  young minds from across India.

India is expected to see a workforce of 17 million associated with the real estate sector by 2025. But the gloomy reality is that it is yet not an aspirational trait amongst the youth in the rural and urban India to take this up as a career option. No real training is imparted and thus they come out untrained and without any technical advantages. Areas associated with real estate such as construction have always seen a massive number of workforce and opportunities residing with it and now with the change of times several governmental policies and initiatives have been implemented to further flush out the potential and impart training to the young developers of the country . 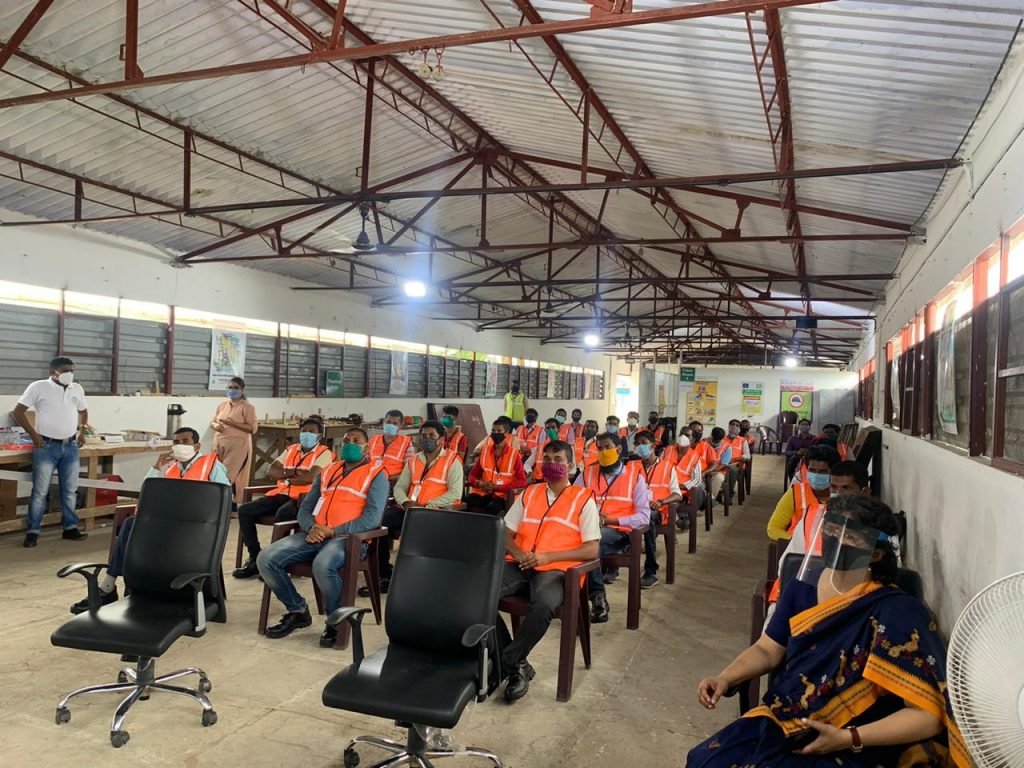 As for the times before the enlightenment period of India’s real estate developing policies and initiatives, there were other key personalities and organizations that played an absolute role in paving the change we see today, social entrepreneur J P Shroff has been creating aspirational Livelihoods for thousands in the real estate sector along with formulating a Structured Ecosystem.

Being a passionate civil engineer, educationist, real estate developer , who is working day and night to change the skilling landscape in India, Shroff has gathered many accomplishments since his early years of working to further develop and train the next generation of entrepreneurs. 30 years back in 1994, when Mr. Shroff was asked to Present a paper on Skills of Construction workers at the IFAWPCA conference at Seoul Korea. It served as the tipping point in his career where his journey as the “Skill man” of real estate started. It originated with a single understanding that India’s construction industry is only behind the agricultural industry which happens to be the chief income of the country. Shroff started India’s first Rural Building Centre, which focussed on imparting knowledge and skills to 10th and 12th grade students particularly to get jobs in the construction sector. He started READ ( Real Estate Academy for Developers) to train next generation entrepreneurs with up to date knowledge and technical know-how of the construction sector.

But getting people enrolled for vocational and on-site training in the 1990’s was unprecedented. After years of hard work and trying to make an impact with small steps; finally in 2010 under the Aegis of CREDAI Pune Metro and support of NSDC “Kushal” an initiative was launched to train 20,000 workers on different traits like masonry, tiling, plumbing, brick laying etc by up to date technology and equipments for on-site (80%) and classroom trainings (20%), soft skills , SOP’s Conformance, etc.

In about 12 years of training, mentoring and changing the landscape of the construction sector, under the vision of Kushal, Mr Shroff and his team have been able to change the lives of 80,000 Indians by giving them a livelihood, creating entrepreneurs, and bringing financial Inclusion.

Shankar Shinde, a Kushal Trainee under the painting trade started with a monthly salary of Rs 6,000. He went on to earning Rs 25,000 by the end of the four months long training period. In less than two years, Shinde started his entrepreneurial journey of being a painting contractor charging over Rs 12 lakhs per project.

Mr Shroff Further believes that years of hard work, vision, passion and team effort has led to enriching lives. Mr Shroff and his team’s efforts proved to be fruitful ,when he along with several youth belonging in the 17 to 22 years category represented India for the World Skill Competition for different traits in the real estate developing sector. Among other 60 foreign Countries, in 2015 India bagged Bronze in Floor Tiling and Bricklaying at New Zealand, changing the way the youth looked at the Future of Construction Sector . Further adding to their hat, under the leadership of Mr Shroff the youth of India bagged the Medallion of Excellence Winner in 2015, came in 4th for Bricklaying Skill 2017 and in 2019 for Wall & Floor Tiling Skill.