Sunil Jaglan of Haryana’s Bibipur village has successfully sown the seeds for a model society for rural women and continues to strive for change beyond the horizons of his village. We don’t really need to protect girls, what’s more important is to sensitise them about their rights says Sunil.

Bibipur village in Haryana, has a current sex ratio of 920 compared to 879 in year 2012. The breakthrough can be accredited to Indian activist Sunil Jaglan whose efforts abetted many rural  women to earn their rightful place in the society.

His initiatives, which were earlier confined to Bibipur where he was the Sarpanch from year 2010-15, have now extended throughout the country and even abroad to nations like Nepal, Bhutan, and Afghanistan. He is the face behind the #selfiewithdaughter campaign which continues to make laudable changes in the society. Giving a platform to raise their voice

Sunil, along with his team, organises regular Lado Panchayats in villages across Haryana. The talks are joined by almost 300-400 girls from different parts of the India. There are doctors, teachers and anganwadi workers. They talk about different issues of concern in order to bring these the limelight they deserve.  These demands are then conveyed to the government through the help of the media. 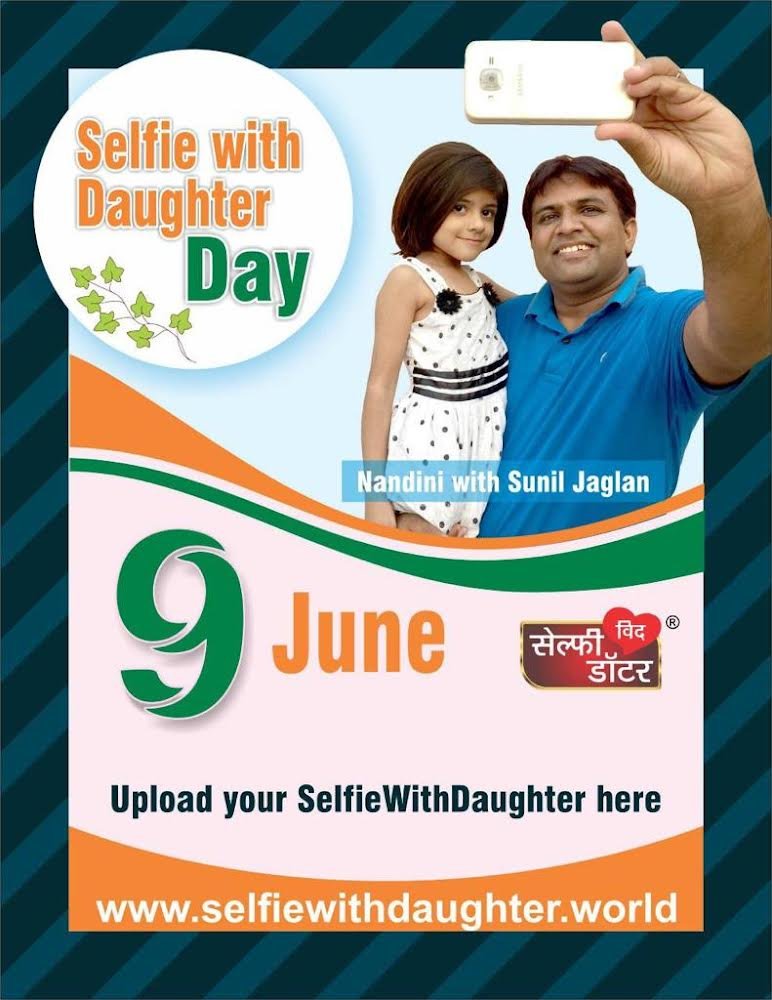 “Recently, there have been discussions on making 21 years as the legal age for a women to marry in India. Girls have spoken openly on how  they were married at 18 without their consent and have been the victims of marital rape. The cabinet has made a law regards this which still awaits implementation. If it doesn’t happen within the stipulated time, we’ll pressurise the government towards the same,” shared Sunil.

There is a website for the Lado Panchayat –www.ladopanchayat.com. College and school going girls were a part of the recent Lado Panchayat held in Meerut. These have also been held in Rajasthan. According to Sunil, it’ll soon become a pan-India initiative. The many faces of change

Another recent campaign by Sunil is #selfieagainstdowry. Sunil observed that people were demanding dowry at the time of the wedding pheras.

“They usually ask for a car. The campaign, includes three selfies, one by the boy who isn’t taking the dowry, the second by the girl who isn’t giving the dowry and third by the couple that didn’t take dowry in the past,” explained Sunil.

The initiatives have been extended to nations like Nepal and Bhutan. The Nepal minister, has openly welcomed three such campaigns. One of these, #selfiewithdaughter has now been translated into 50-60 different languages.

Another initiative, Pad Mitra, revolves around menstrual hygiene. It’s a campaign under which rural women start putting up period charts in their house. It has been introduced in Nepal as the women continue to be forced into a separate room during their periods, they aren’t allowed to enter temples or be a part of the festivities.

“It was surprising for me that only men can wear the Dhaka topi in Nepal. Women aren’t allowed to wear these. I went to Nepal and organised a seven day program wherein girls who defied the customary practices were awarded. I’ll be visiting again from January 10-17. There have been plans to open NGO’s in Nepal for the betterment of the women,” revealed Jaglan. 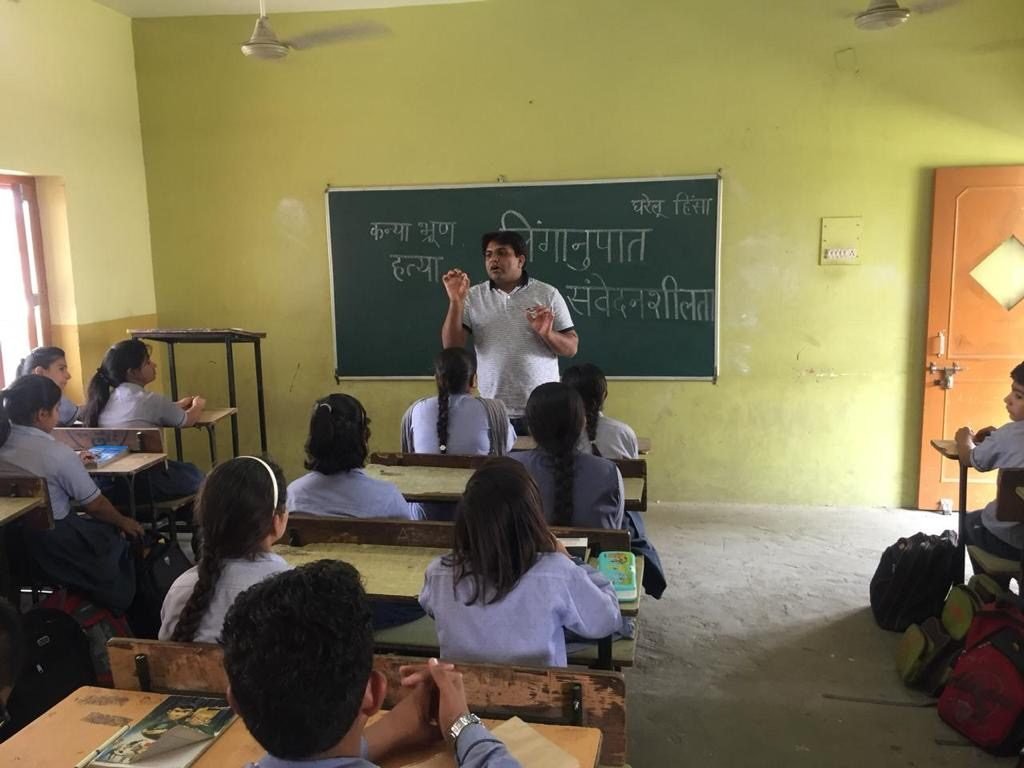 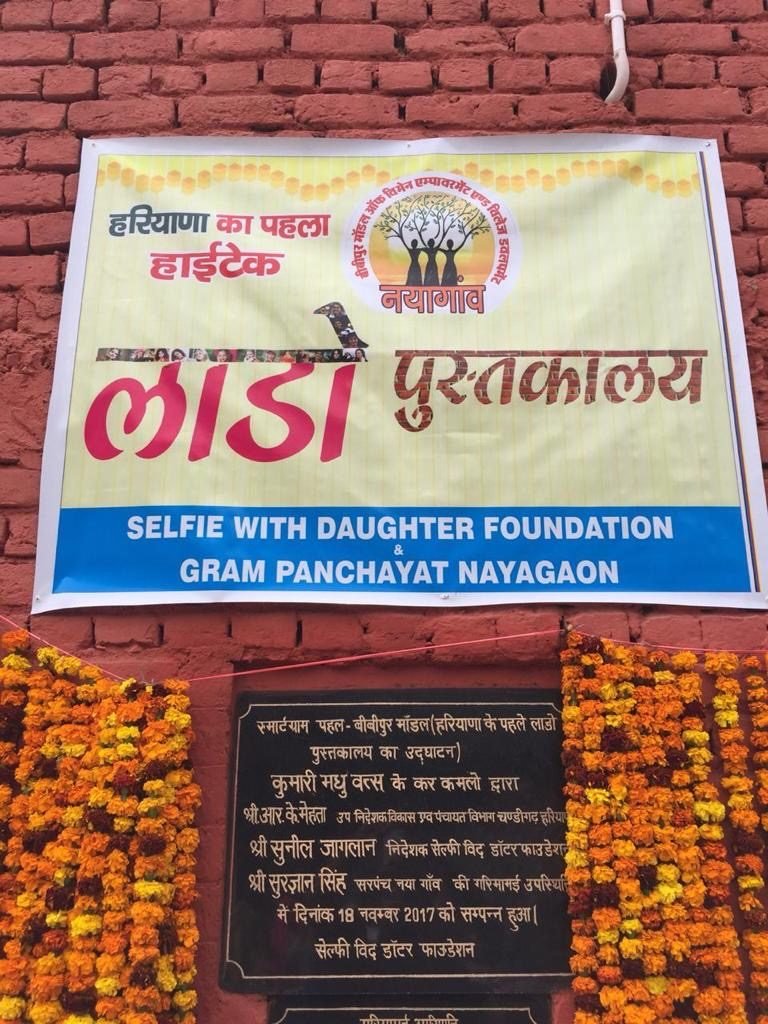 All hasn’t been rosy for the activist. His path has remained dotted with various hardships and obstacles meant to deviate him from his main objective, the emancipation of women. He got suspended in 2015.

“Half of my village had access to salty water while the other half had access to sweet, drinkable water. On the demand by the women in the village, I used the Panchayat’s money to install a submersible pipe for the water to reach the other half. Some people did not like this. I believe they had a problem with my growing popularity. As a result, 50 enquiries were imposed on me. They didn’t find anything. Women protested outside the police office and my suspension was withdrawn within four hours,” he shared.

According to Sunil Jaglan, had he joined a political party, he wouldn’t have faced any enquiries. He is against the same as he believes political leaders use people’s hard earned money in exchange for little or no change. He addresses himself as a campaign strategist. He opines that the opposition he faced was due to him encouraging women to join businesses. They had started demanding property as they became aware of their property rights. Their husbands were furious as a result.

Sunil may no longer be the Sarpanch but he says he is proud to hold Sarpanch guiding and counselling sessions free of cost for the Scheduled Caste and other village Sarpanch’s who need these.

“I have even faced the Intelligence Bureau and the SIT’s. The punishment process is the real punishment in our country. Everything was in my support, but the cases were still left pending only to torture me,” said Jaglan

He however, held his ground and kept separate his campaigns from the enquiry.

He continues to strive for a changed society. Sunil shares, “Earlier when I went to UP, girls didn’t come forward to talk or to discuss the issues they face.  They got lost within the crowd. Now, thousands of girls come and speak openly on matters like marital rape. Our campaign ‘Aware Lado, Brave Lado’ works on the principal of making girls aware. They are now speaking about their past traumas, the harassment they faced during their childhood. They want to escape their predicament.”

“Earlier they made fake Ids to discuss these matters, now they are using their real Ids. They are lodging FIRs against inappropriate comments.  A muslim girl filed a complaint against a guy who circulated her morphed pictures,” he added. 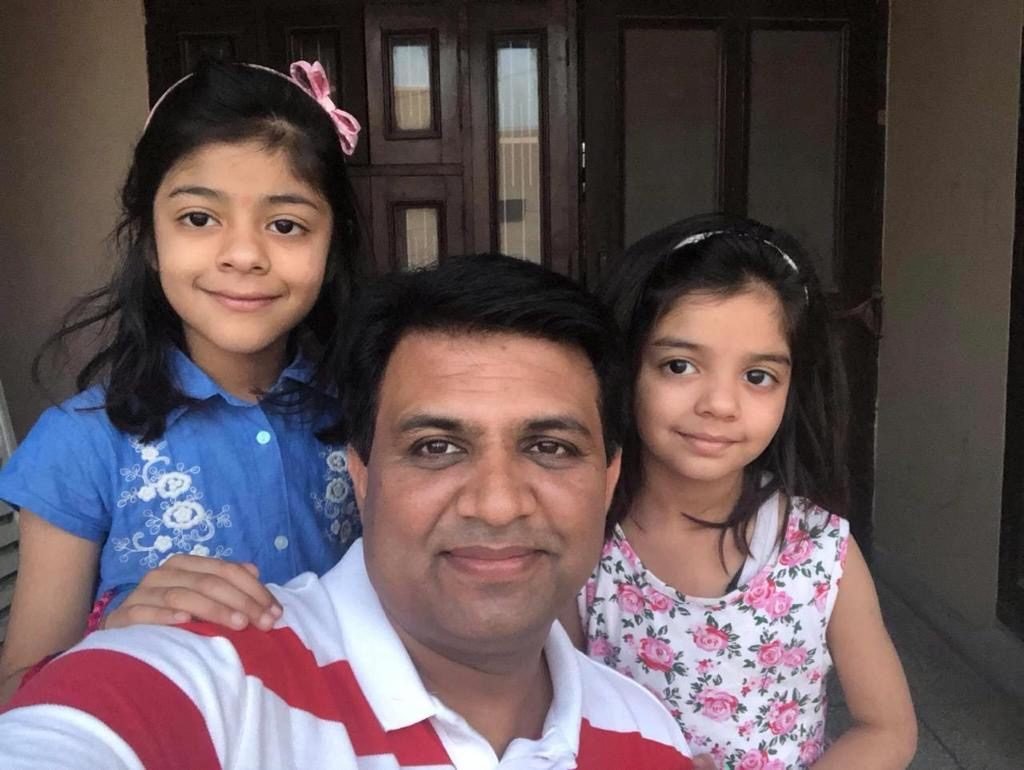 Sunil with his daughters Nandini and Yashika. I am happy my daughters are picking up the right values from the environment they are growing up in says Jaglan.

Sunil wants the youth to realise that they don’t want to be members of a gender based society. He wants more boys to get rid of their gender conformist mindsets and girls to speak up for their rights.