Renowned singer Suneeta Rao is all set to release her new song about climate change. Here is how you can be part of her journey.

Suneeta Rao, the charming singer who we remember as the vibrant voice behind hit melodies like Paree Hoon Main and Kesariya, is now creating a song for a social cause.

Called Vaada Karo, the song is about climate change and the urgent need for all of us to make a pledge to save the environment.

Penned by Rao and composed by Dhruv Ghanekar, the song was first written 10 years ago. Rao was three months pregnant then and was constantly worried about the imminent and omnipresent dangers of global warming.

At that moment Rao decided to make a pledge – and that is what the song Vaada Karo is about – a pledge, a promise to make a change.

The words then naturally started pouring out of her. She channelised all her emotions and gave beautiful words to her thoughts, her worries, and her actions.

“I have always tried to spread a message through my songs, be it directly or indirectly. Music is my way of expression and I wanted to use that to talk about a cause that is so important today,” Rao said.

The decade-long journey of the song

Rao finished recording the song back in 2009. However, Rao did not pursue this project any further. She became a mother and got occupied with other projects.

As time passed, Rao started noticing more and more of climate damage. Every day, she would pick up the newspaper and read news of the alarming condition the world is in.

One particular incident that impacted Rao the most was a news article that said one-third of the ice fields of the Himalayan glaciers will melt due to climate change, with serious consequences on over two billion people.

Vaada Karo is Rao’s way of making people more aware of this alarming situation and inspiring them to make a pledge that they will not destroy the earth with their own hands. 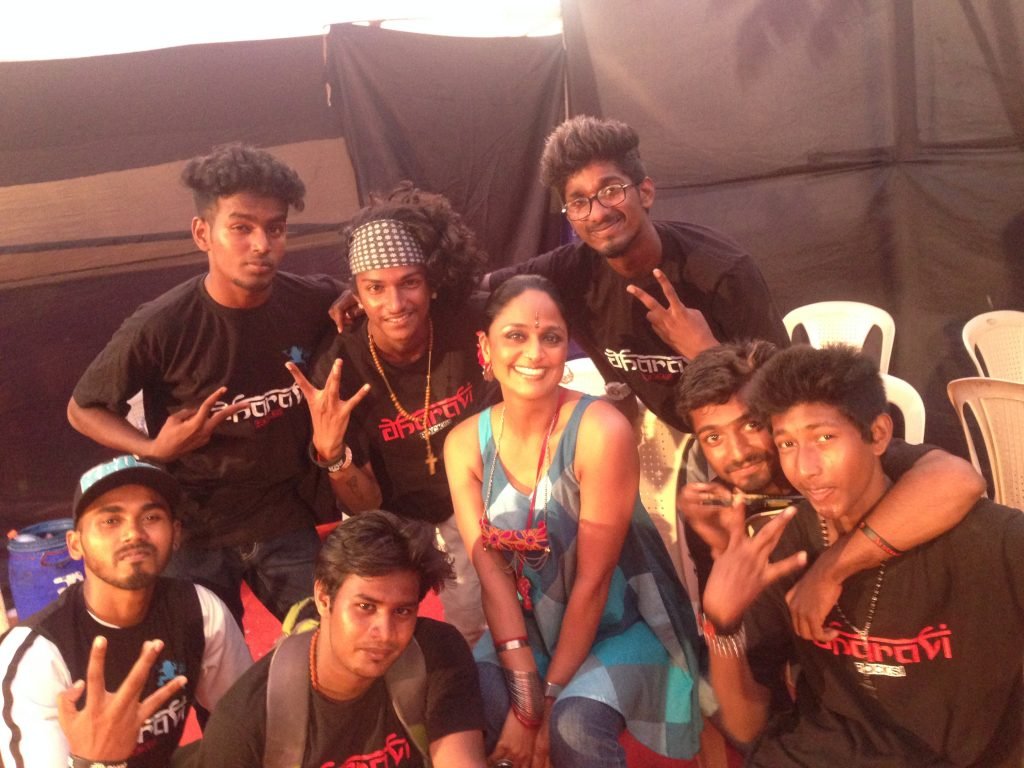 “Don’t allow yourself to destroy the earth. Sometimes, just sitting back and doing nothing is also destroying. This is what the song is about. It is urging people to make a pledge and live by it,” Rao said.

Rao got Dharavi Rocks, a Mumbai-based band, on board. The children from Dharavi Rocks live in one of Asia’s largest slums and have been expressing themselves through their rhythm and passion for the last few years.

How you can be part of it? Suneeta is launching a new song which focuses on environment.

To take this important issue one step further, Rao decided to reach out to the public for their support. She started a crowdfunding campaign to generate funds to develop a video for Vaada Karo.

“This way people can be part of the journey. And when I am speaking to various people about the campaign, I am already doing the advocacy for the cause,” Rao said.

Rao truly believes that micro efforts can result in macro-level positive changes. From choosing to walk over taking a car to switching off the air conditioner when not in use, there are many ways individuals can become part of the change process, and, contributing to this cause is one of these many ways.

The campaign is running on Wishberry, a crowdfunding platform. It is a 60-day long, All or Nothing campaign and Rao is raising Rs 15 lakhs. The funds will be used to enhance the track, shoot, edit and finally release the video.

The music video with the song once shot and produced, will be released on an independent artist platform called Artist Aloud.

“Since the song is for a cause, I want to play it at youth conferences, TV channels, schools, colleges. I will go all out to make sure it is visible and it makes the necessary impact,” Suneeta said.

The campaign has another 35 days to go. Rao and her team are doing everything to reach their target. “I am giving interviews to the media, reaching out to the people, etc. All of this is of no use if it does not convert to contributions. The aim is to be able to make the video and it will be possible only if people come forward to support,” Rao said.

Rao concludes with these beautiful lines from the song:

You can check out Vaada Karo Campaign on Wishberry and contribute here.