Manoj Gogoi, a 44-year-old man from Assam has rescued over 5,000 animals and birds without any support. His efforts have not just helped animals, but also changed the mindset of people.

“One morning I woke up by some noise in my neighbourhood. I got up from the bed and came out of the house. Upon reaching the chawk, I saw a group of people hitting a snake- a striped keelback. They had tied his neck around a rope and the snake was exhausted. I felt very bad for the beautiful creature. Because of the tight rope around his neck, his tongue was coming out. I somehow convinced the mob to leave the snake and hand it over to me so that I could release him in the Kaziranga National Park,” Said Manoj Gogoi, a resident of the from Basa Gaon village, five kilometres away from Kaziranga National Park in Assam.

He then went on to unfold his journey from being a tourist cab driver to an environmentalist and conservationist who has rescued and rehabilitated over 5,000 animals since 2005.

“At first the people were reluctant to release it. But when I insisted they agreed. I went back home, took a jute bag and a knife. I, at first cut the rope from the neck of the snake. Immediately his tongue went inside his mouth and it started to make eye contact. That was the moment that made me who I am today- an animal rescuer,”

The Kaziranga National Park, speards over 400km across the floodplains of Bramaputra River in Nagaon Golaghat and Karbi Alongong district of Assam. Famous for its one-horned rhinos and tigers, the beautiful park attracts lakhs of tourists every year. The villages around Kaziranga depends a lot on the park to make a living- the most common of them is to work as cabbies and guides for the tourists.

Manoj Gogoi was 30 when he started his profession as a cabbie to Kaziranga National Park with a gypsy he borrowed from his friend.

“The main task was to spot a rhino as closely as possible and at times a big cat, but it is a rare sight. If I find a tourist who is researching a particular animal I keep asking him lots of questions about it. Slowly it helped me to become a tourist guide as well. However, I found the purpose of my life when I met Ashok Verma from the Bombay Natural History Society,” he told The Stories of Change.

A journey to find the self 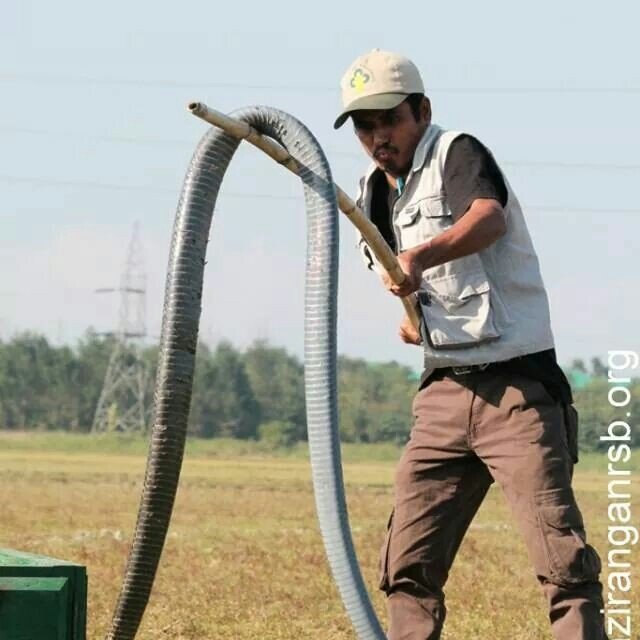 Ashok Verma was a raptor specialist. He was staying in Kaziranga National Park for a research project in 2005.

One day, Gogoi accompanied Verma to visit a bird site. On their way, Verma asked him whether he had an interest in birds. Gogoi didn’t know much so Verma asked him to accompany him all those days of his stay so that he can make him learn about birds. During Verma’s week-long stay in the park, they both went to many bird watching sites in the park and Gogoi acquired some knowledge about the species.

Verma gifted Gogoi a pair of Binoculars and asked him to come to Bombay and work with him.

“In 2006,  going to Bombay to learn about animals and their behaviour was a huge decision for me and my newly-wed wife. I had never gone out of my town before. I never even saw Guwahati, the capital city of Assam. Mumbai was very far for us,” Gogoi said.

With Rs 3,000 in his pocket, and high hopes in his heart. Gogoi embarked upon a long journey.

“I reached Dadar station. I had never seen such a rush of people in my life before. Somehow, I booked a car which took me to a hotel near the station.  The next day I went to Bombay National History Society.”

There, he met Girish Rathore, a scientist who gave him a book on birds. Gogoi started roaming in the forest areas of Mumbai. He tried to identify birds with the help of the book, their behaviour along with other animals. After three months in Mumbai, Manoj Gogoi came back.

The turn around of events 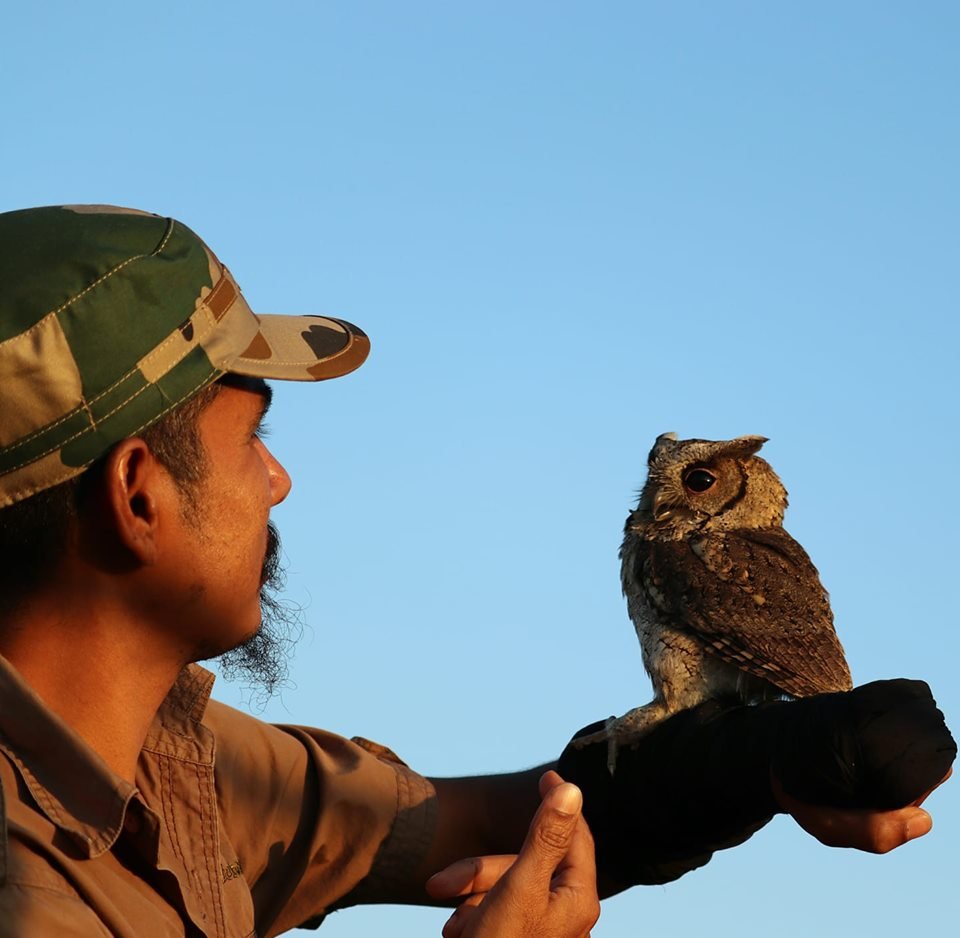 Back in his village,  he again started my old job of driving tourists to Kaziranga National Park but at the same time actively started working as a tourist guide with the knowledge he gained about wildlife in BNHS.

After a few days, he got a call from Nameri Eco Camp to act as a tourist guide in the Nameri Tiger Reserve in Sonitpur district. In 2007, a tourist resort near Kaziranga appointed him as their tourist guide at a monthly salary of Rs. 1500.

However, Manoj’s growing interest in rescue and rehabilitation of animals prompted him to focus more on wildlife than on tourists. Whenever he spotted any animal in and outside the park in the need of help, especially during the floods, Manoj would drop everything to help the animal.  In spite of the meagre income, he would treat the animal, contact the forest department, and relocate the animals to their natural habitat.

“Slowly people started observing my work. In my area, there are lots of different species of snakes and people were scared of them. I focused mostly on rescuing snakes along with birds. I would foster them to health and then take them to the park to release them. Today I get four to five calls a day to rescue snakes.”

Till today, Manoj Gogoi has rescued 18 species of animals and 81 species of birds.  Deer, wild boar, leopard, Macaque are some of the animals that Gogoi rescues frequently. 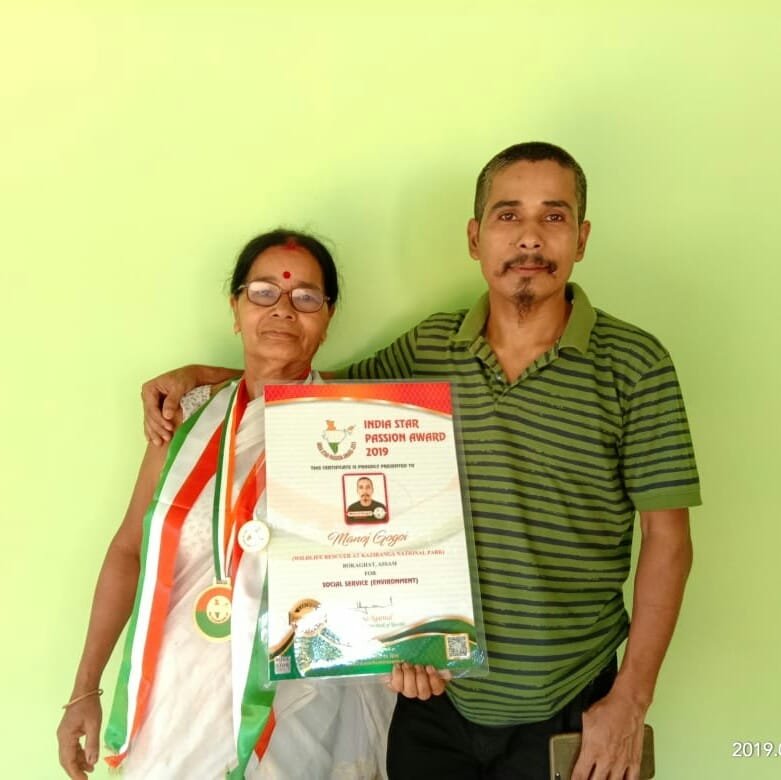 Manoj Gogoi, now 44, is working as a member of the Corbett Foundation in Kaziranga National Park. He believes that government support is extremely important when it comes to rescuing animals.  According to the wildlife act, one needs permission from the forest department to rescue an animal and if the department is no steadfast, saving the animal at times is not possible he feels.

“Especially, snake rescue is very tough and proper training needs to be given for that. If a snake bites you, you need treatment immediately. Many times I have put my life in danger while rescuing an animal. So, the government should train rescue teams in villages. Village people should be aware of animal behaviour and their rights as well. Awareness and knowledge should be there,” said Gogoi.

Gogoi also started his own wildlife organisation named as Naturalists for Rehabilitation of Snakes and Birds (NRSB) in 2008. He has roped in youths from neighbouring villages of Kaziranga National park to work towards rescue and rehabilitation of animals.

At first, 11 youths from Basa gaon, Sapon, Kohora, Daugaon villages joined him. Together, they organized awareness camps and innovative activities across the villages to impact young minds.

“Today, in my area people do not kill animals. They call me and till the time I reach the spot they wait patiently. It was not the same ten years ago,” Gogoi proudly shares. Manoj Gogoi feels the need to rescue the animals has become high due to the loss of natural habitats, obstruction of animals passages. An animal puts his life at risk when it is compelled to change its original passages familiar to him.

“Their movements have been restricted by factories, industries fortifying a large area etc. Animals like elephants do not change their passage. But people are blocking their corridors. If we can restrict our actions, the need for rescuing animals will be less.” he said.

“Take the example of Gibbon wildlife sanctuary in Assam. The railway tracks are going in between the forest and every month the jumbos are killed by trains. If this goes on we will have to show them in pages of books to our children.” Gogoi added pointing out at the walls constructed by the Numaligarh Refinery in Golaghat district where over five elephants have died while banging their heads in it in search of food and water on the other side.

A scientific approach to rescue:

Gogoi feels the rescue of animals needs a scientific approach. “There must be sufficient rescue tools to address a crisis and trained people to use the tools in time. But the forest department lacks both.”

The man who speaks nature

While talking to our correspondent, Gogoi had to excuse himself several times for the calls he was getting to rescue an animal.

“You need to wait just got a call from Basagaon to rescue a python,” Gogoi said.

“Stories can wait right? But an animal in distress cannot.”

While Gogoi has less time to tell his stories, a short film on the guardian angel of animals in Assam made by two young directors – Dhritiman Kakati and Raktim Hazarika is winning hearts and awards.

The short film titled “The Man who speaks nature” has bagged the Best Film award in the fifth 5th International Nature Film Festival Godollo, in Hungary.