Story of Darshana Dayat from rural Maharashtra and how she went on to become the first health worker from her village.

Darshana Dayat, a 26-year-old woman from Gorad, a small village located in the Palghar district of rural Maharashtra spent most of her life in poverty. She had seen her farmer parents struggle every day to make ends meet for their family of seven. 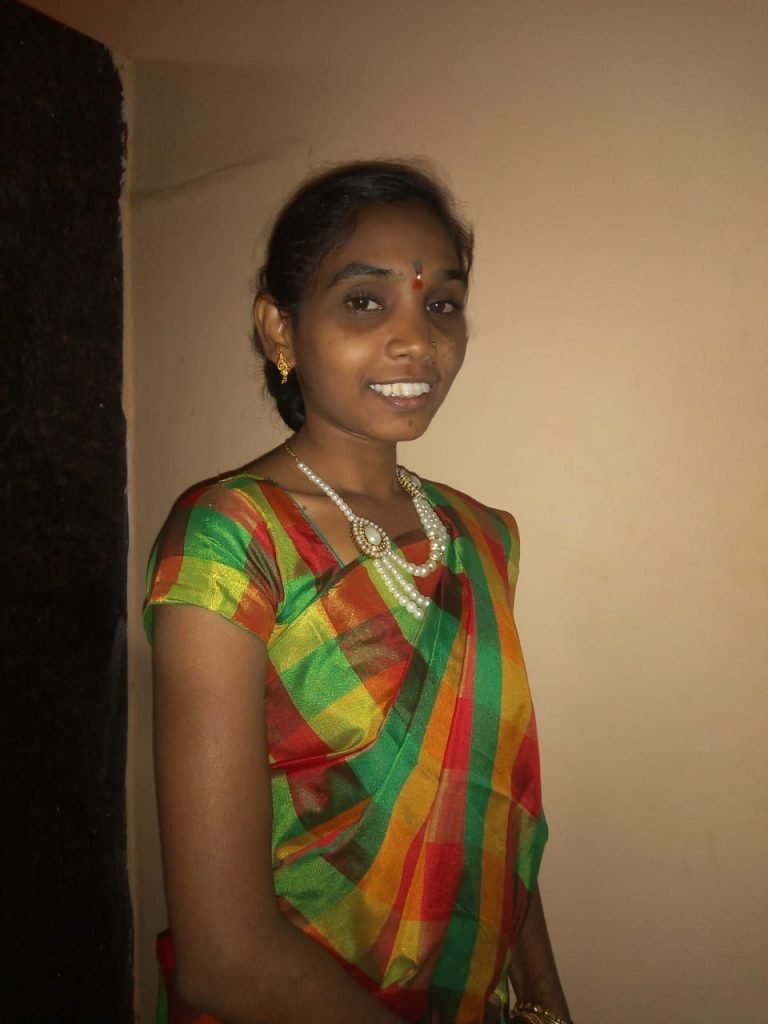 Darshana was still studying when her father, the sole breadwinner of the house, was afflicted with a grave case of tuberculosis and was bedridden. The responsibility of feeding the family fell on the young Darshana. Pressed by the circumstances, she had to drop her studies and seek livelihood opportunities instead.

“We were very poor. I used to see my parents work day and night to feed me and my four other siblings. Sometimes there was not enough food for every one. I studied till 12th grade and had to drop out because we could not afford my higher education,” Darshana recalls. 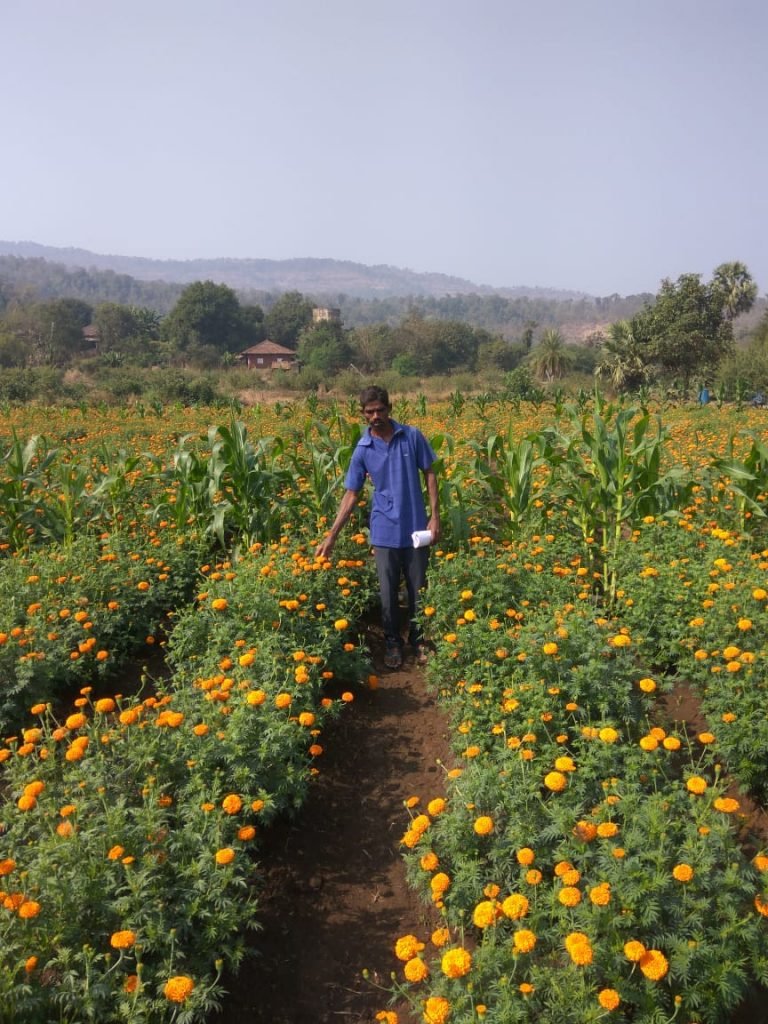 This was the case with every other family of her village and Darshana thought this is how her life will be. But things changed, and within a few years, Darshana not just became a successful medical health expert in Mumbai but also inspired several other girls in her village to dream big.

In 2015, a social service organization in her village referred her to the Ramakrishna Mission Vocational Training Institute in Sakwar, which is run in association with Tata Motors. She enrolled herself for a year-long Community Health Worker (CHW) skilling course at Sakwar. The course was entirely sponsored by the institute. Darshana underwent classroom and practical training, followed by on-the-job training (OJT) at the partner hospitals. The training covered basics of nursing, community care, first aid, personal hygiene for the community, mother and child care, care during communicable diseases, and patient care.

After this training, she soon got a job as a trainee at the Highway Hospital in Virar, with a starting salary of 3500 INR per month.

“Initially I was very scared. But as I worked with the doctors and my training team, I became more confident. I never imagined that one day I will be working in such a big city,” Darshana said. 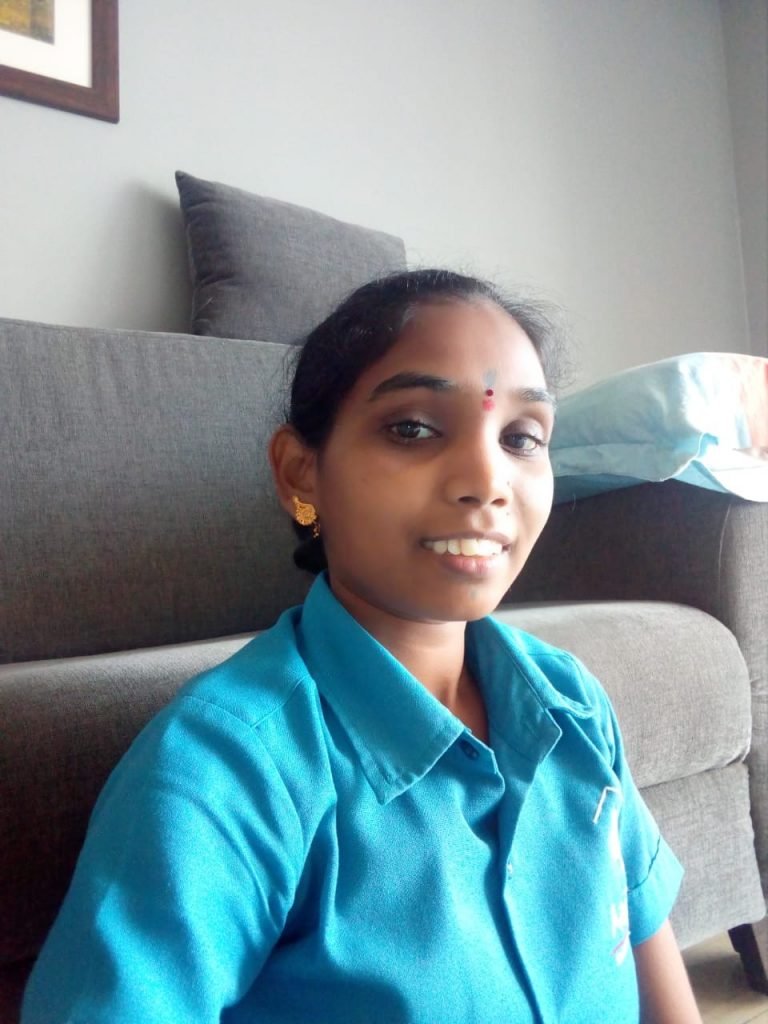 This was just the humble beginning of a much brighter path Darshana was carving for herself. She worked here for three years, getting commendable exposure in medical practice, especially in OPDs. Later, in 2018, Darshana joined the Ajee Care Home in Bhandup, Mumbai that offers services for the elderly and other patients at home, as a caretaker with a monthly salary of Rs 12,500.

“I have attended hundreds of patients. Many of them become quite close to me. They often specially ask for me when they visit the hospital. I feel good that my work is helping so many people,” she said.

Within a relatively short span of four years, Darshana successfully uplifted herself both socially and economically. She is now single-handedly managing the expenses of her younger siblings, as well as her father, who is undergoing a treatment at a local hospital near his village. 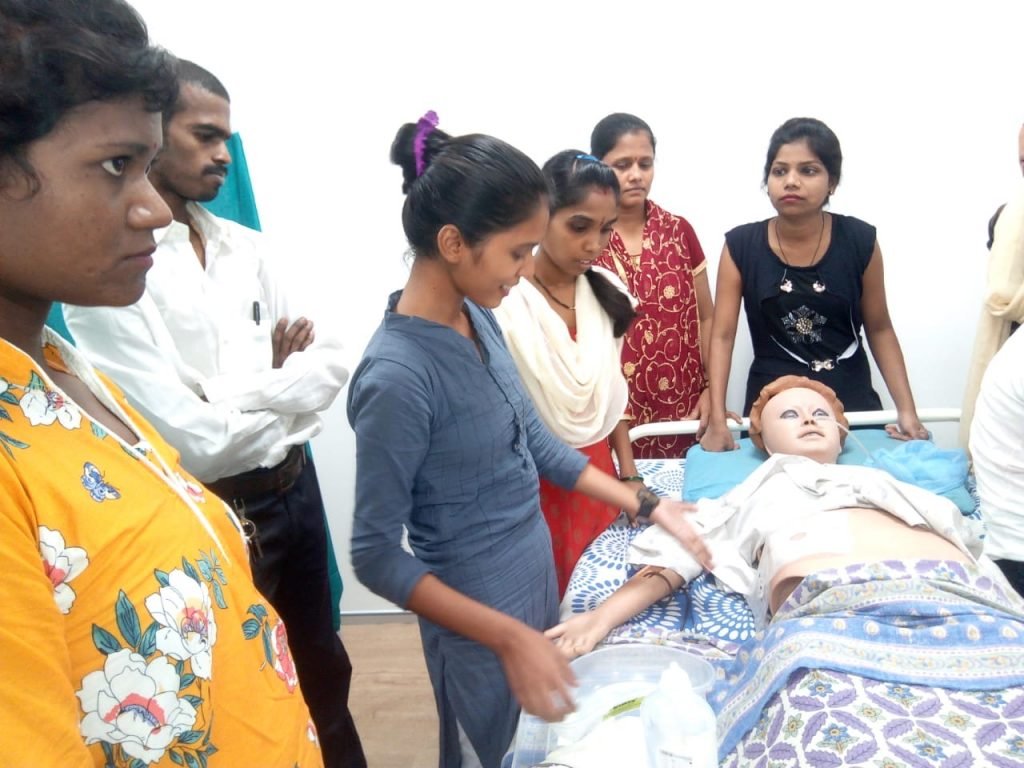 Today, Darshana is fondly known as “Doctor Didi” in her village. She is one of the first women in her village to become an health expert.

“Whenever I am in my village, if anyone has any illness or health concerns, they surely come to visit me for a consultation. Even now that I’ve come away, I get calls asking what medicines need to be bought if anybody falls sick. I try my best to help out,” she said.

Her journey inspired many other girls in her village. Three other women followed the same path and are working in the medical field.

“Girls are shy and introvert and hardly speak, when they first come for the training and post completion of the course, the same girls become confident, deal with all kinds of patients, and develop a service orientation in them,” shared Mr. Vinod Kulkarni, Head of Corporate Social Responsibility at Tata Motors. Darshana with one of her patients. | Photo: Darshana Dayat.

Sakwar area is connected to industrial areas of Vasai, thus most of the community youth drop out of school after grade eight. They start working in these factories in menial jobs like packaging etc.

Aimed at supporting underprivileged men and women like Darshana, who require respectable and sustainable livelihood opportunities, the training courses offered in Sakwar provide holistic development to the communities living in the area. 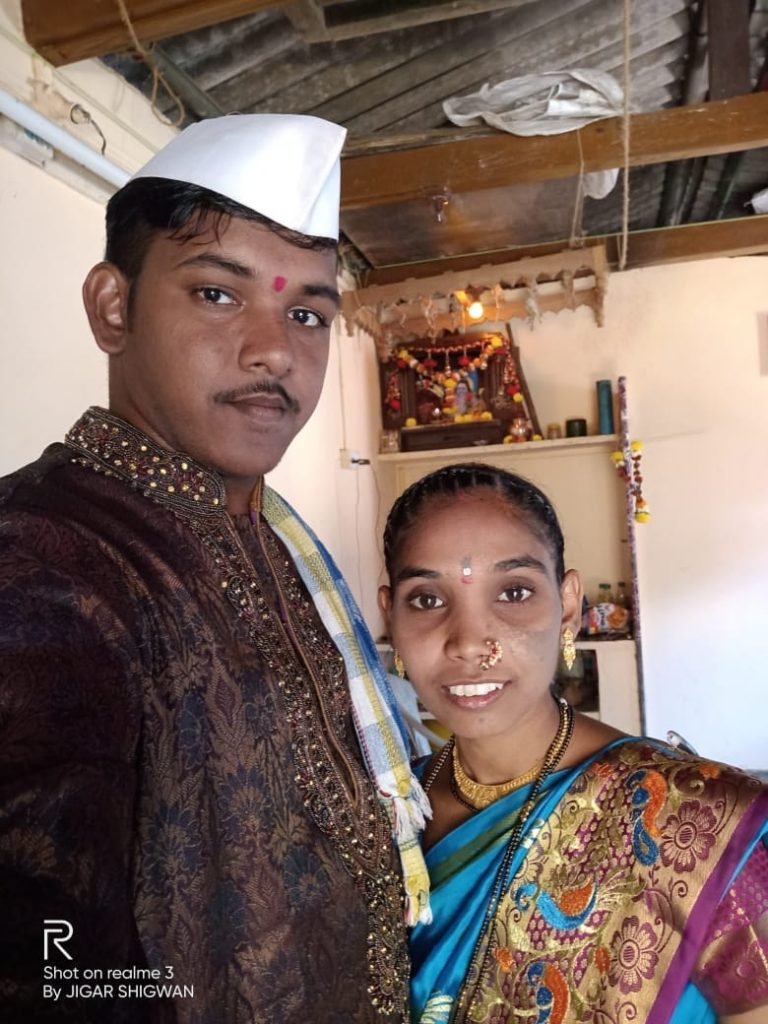 “Convincing them to complete their education or get skilled is a pressing and the most challenging task. Over the time there has been a change in perceptions and even the icons like Darshana have been a role model for the community,” said Mr Kulkarni.

Tata Motors’ partnership with the Ramakrishna Mission began in 2003-04 and about 2,300 youths have been trained so far in various skills. The Community Health Worker (CHW) skilling course, launched in 2012-13, is the only trade for women. Tata Motors took over this trade from 2016 and out of 200 girls trained so far, Tata Motors has supported about 80 girls.

As far as Darshana’s journey is concerned, she says it is just the beginning. She is married now and lives with her husband. But she continues to support her family financially. She now dreams of buying a house of her own and wants to study further so that she can achieve greater heights in her career.