A survey conducted by a local NGO has found nearly 48 per cent of the women between the ages of 20 to 48 are operated on and sterilized in rural Maharashtra. They suffer several side effects like severe headaches and many are losing their sight.

Salhuntala Jagtap, 28, was just 12-years-old when she got married to a sugarcane farmer in the Beed district of Maharashtra. At the age of 19, she had three children.

“Every October, mukaddams (agents of sugar factories) from Sangli district in Karnataka used to take us away to work in the sugarcane fields. They used to hurl 26 of us inside a tractor, and we used to travel to places far away from home. We used to earn close to Rs. 80,000 for one season that spanned over six months,” she said.

But one day, when Salhuntala was loading the sugarcanes into the truck, her menstrual cycle commenced. “I started bleeding and fell from the stairs of the truck. I could not get up for two days. More than the embarrassment  I had faced, the money worried me more. If I don’t work for two days, the mukaddam will not pay us,” she added. At the age of 22, Salhuntala underwent hysterectomy surgery to get her uterus removed. The doctor had told her that she would get an ulcer if she did not remove it. Today, after six years, Salhuntala is bed-ridden. She has severe head and stomach ache. The family is barely surviving with their two teenage boys.

Carrying the burden on their bodies

“I am also losing my eyesight gradually. My husband can’t go to work in sugarcane fields anymore. It requires months of hard labour, and he stays home to tend to me. We hardly earn Rs. 24,000 in a year. Amidst all hardships, I nearly spend Rs. 1,200 every few weeks for the health complications I have today,” she said.

Not far away from Salhuntala’s small shanty, Asha Choure, 41, faces a similar problem. Her 12-year-long sugarcane work was halted at the age of 26 when she underwent hysterectomy surgery.

“Strong headache and loss of sight have forced me to stay at home. Earlier my husband and I used to earn Rs 70,000 a year. Today, my husband works alone. He earns Rs. 40,000 to earn two square meals every day,” Asha said.

Surekha Choure, 45, had a similar tale to narrate. She said the loads they carry during their work are close to 40 kgs. During the menstrual week, the weight is so strenuous that most women opt for surgery as soon as the doctor suggests.

“Getting the surgery at the age of 30 was probably my biggest mistake. I can’t work anymore,” she added.

The increasing number of hysterectomies among the women sugarcane cutters in Maharashtra has left them out of work with persistent health problems and financial crises. 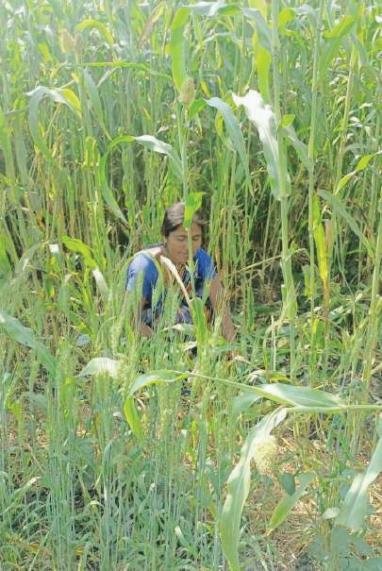 Women Claim that doctors mislead them to get their uterus removed

A research done by social organization Navchetna found that 48 per cent of women in the age range 20 to 48 have been sterilised in Beed district.

Many operated women said their doctors from private hospitals had advised them to go for the surgery to prevent cancer. However, in many cases, the cancer was never detected or proven to be there in their bodies. None of the women we spoke to had the documents and papers related to the name of the hospital, doctor, and any post-operation treatment.

Laxmi Bora, one of the NGO workers in the area shared that most women who have undergone the surgery have been rehabilitated to other means of work like working in the neighbours’ fields, sewing or making purses. Most families, like Surekha, are under hefty debts that they have taken to buy buffaloes or cows to earn an extra living.

Aasvini Kale, 40, was offered the surgery when she was 32-year-old. But she had decided not to opt for it. “Today, I still work. During the menstrual week, I do undergo pain, but it’s just five days in a month. I suggest every woman I meet not to operate on the uterus,” she added.

A study conducted in 2019-20 by National Family Health Survey found that, 33,755 women, which amounts to three per cent women in Maharashtra underwent a hysterectomy. However, in contrast, in Beed itself, about 36 per cent of women had undergone the surgery.

Beed is known as the district supplying labour to sugar factories. The drought-stricken area only has sugarcane cutting as the primary means of livelihood. The locals migrate for six months to places like Karnataka and Gujarat. These labourers are not government-registered and are deprived of the benefits of the social security schemes entitled to the general labourers. They are not provided with paid holidays, especially during the menstrual week in labour-intensive sugarcane work.

Several NGOs like Janvikas Samajik Sanstha, Navchetna and Wadmavli Lok Vikas Manch have been working on this issue for the last four years.

Baskar, one of the NGO workers said, “Each surgery costs Rs. 40,000 or more. It’s a profit environment for the medical sector and had gone unchecked for a long time. It only came to our notice a few years back, and several NGOs are proactively working to spread awareness among women.” 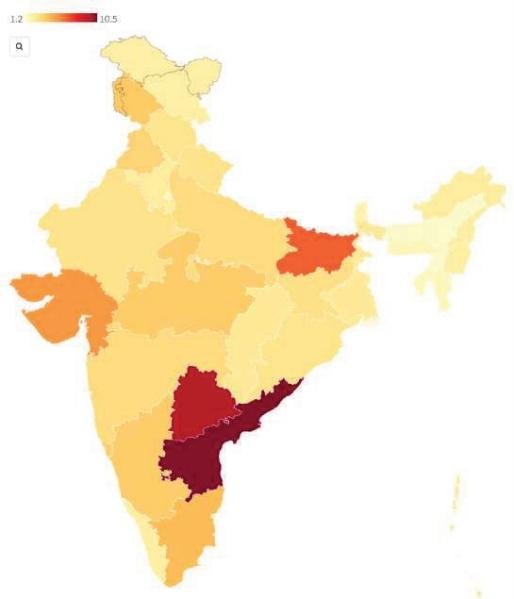 After the awareness, it became mandatory for the doctor to take permission from the district health officer before the surgery. But still, several cases go unchecked. A village witnesse at least three to five surgeries per month, Manisha Ghule, another NGO worker shared. The solution and the need of the hour is to provide livelihood back to these women, she added.

Dr Devi R., a gynaecologist in Bengaluru said a potential solution is viable. She added that during hysterectomy ovaries are retained and untouched. Even doing so, there is a risk of limited blood supply that leads to premature menopause, often at very young ages. That leads to the symptoms the women are showing today.

“The solution can be putting the patient back on Hormone Replacement Therapy (HRP) for over a year and gradually pausing it. That will supplement the good female hormones that had completely stopped secreting after the menopause,” she added.

Today, Surekha has bought buffaloes that help her earn scanty earnings. Aasvini has taken up sewing and has been manufacturing purses. These women still stand up for the next generation of sugarcane workers in their families — not to repeat the same mistakes they have made.