Young children in rural Rajasthan are using sports to dream big and transform their lives. Once under confident and unexposed, these children have now found a new ambitious personality. Read more to know how sports played a key role in achieving that.

It was a cool, cloudy, Sunday morning in February, and the seven-year-old Angel reached a school ground in the Mahapura village of Jaipur district minutes before the given time by the coach. She bent on her knees to tighten up her shoelaces and then quickly went inside a storeroom to collect a ball.

Amidst the chirping of birds flying over the ground, the only sound that surrounded her was of a dribbling ball. Not many of her friends showed up due to their school exams. So, she was alone in the court to practice throwball. 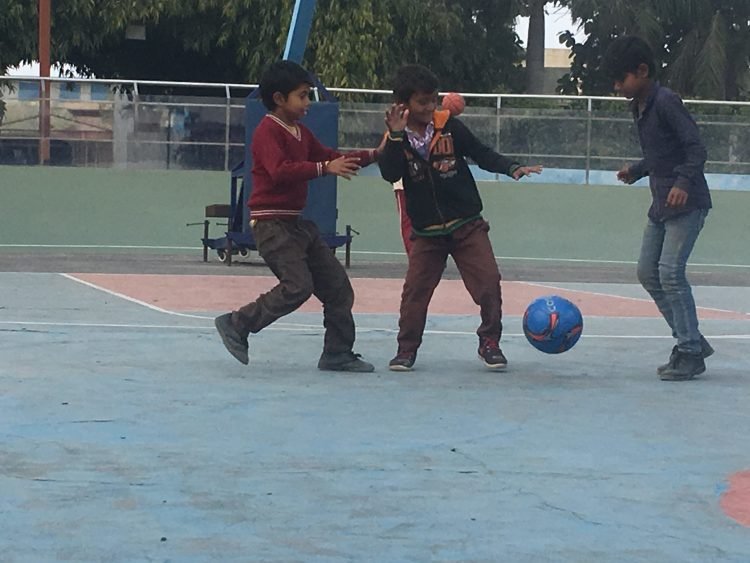 She dribbled the yellow and orange coloured ball for a few seconds and then threw it in the air only to catch it again. She repeated it for another 30 minutes.

“I want to receive a medal one day. The one which is worn around the neck and is orange in color. I will then hang it on a wall in my house,” she said, pointing to her one-room house located within the ground premises.

“It may seem small from here, but it is not that small from the inside. It is actually big enough,” she added.

At a distance from her, 13-year-old Chandan was busy playing football with a group of children. All eyes were fixed on him as he went for a goal.

“I want to play for a big team one day,” he said, with his arms folded behind the back. “I was two years old when I first picked up a ball. One day, I will not only represent the state but India. I am waiting to get selected for the trials first, and am preparing for it.”

In October 2018, Devang Sharma, along with his team of coaches, started visiting nearby schools in the village, encouraging students to come and play.

They took up the initiative in Jaipur district under their non-government organization, TheSportsKartail, which works in the development of underprivileged children by engaging them in sports.

After receiving a positive response from the children in Sonepat, Haryana, they took the initiative to Jaipur in October, with support from AU Foundation, a CSR arm of AU Small Finance bank, and then to Delhi in February end.

Chandan is among the many students who came and started playing under the guidance of the coaches here, after attending the session held by the organization in his school. 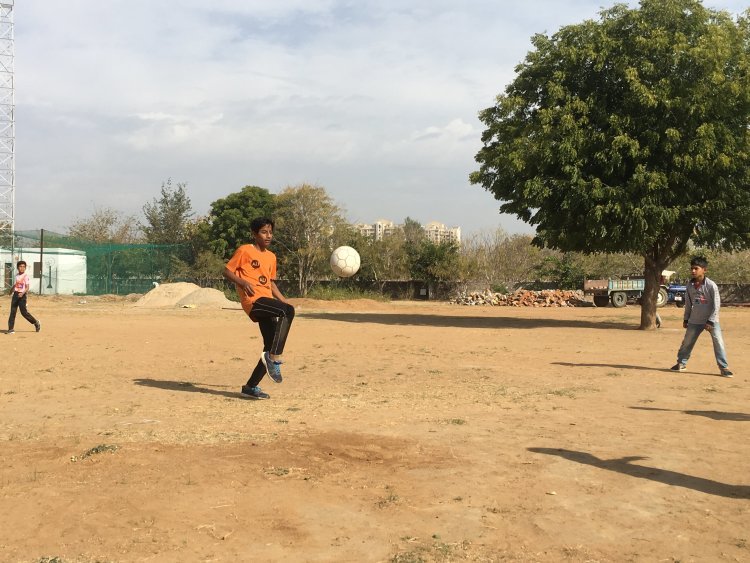 Chandan playing football in a school ground in Mahapura village, Rajasthan, with other children

“I came to the ground with all my friends the next evening after the session. The rest of my friends don’t come daily but I do. I want to learn more,” he said.

The headcount in Jaipur has touched a maximum of 140 children. In Sonepat, it is 170, with 30 children from the slums in Delhi.

In all these three places, a six-day training programme is held for the children from 4.30 pm to 6 pm.

“It has been a great start in Jaipur. We look to evolve and expand the initiative over to relevant geographies soon,” said Akshay Gujar of AU Foundation.

“In villages, none could be seen giving importance to sports. Even in schools, it is not considered as a subject that should be taken up with all children every day,” said Sharma, chief promoter of TheSportsKartail. Angel practicing throwball at the ground.

“The entire team tries to work on these children’s language skill, general awareness, logical ability, happiness quotient, and the overall personality development through sports,” he added.

All the children, their parents, and coaches couldn’t agree more.

Krishna (15) used to play volleyball in his school in the village. He said it was only a couple of months before a tournament when the school team used to begin practicing. In the months passed, he has switched to basketball and is focusing on the game’s technique.

“In school, we only get a chance to play at the district level, without proper practice. I want to play well, under proper guidance. I want to be a good sportsman one day. That’s all that I dream for.”

All three of them — Angel, Chandan and Krishna, are connected to each other through a dream and it is the “determination” in them that keeps them coming to the ground every day and play.

They say they don’t want to choose either between sports or studying, as the former helps them perform better in the latter. “Sports keeps our mind fresh. It helps us concentrate on the studies as well,” they all echoed. 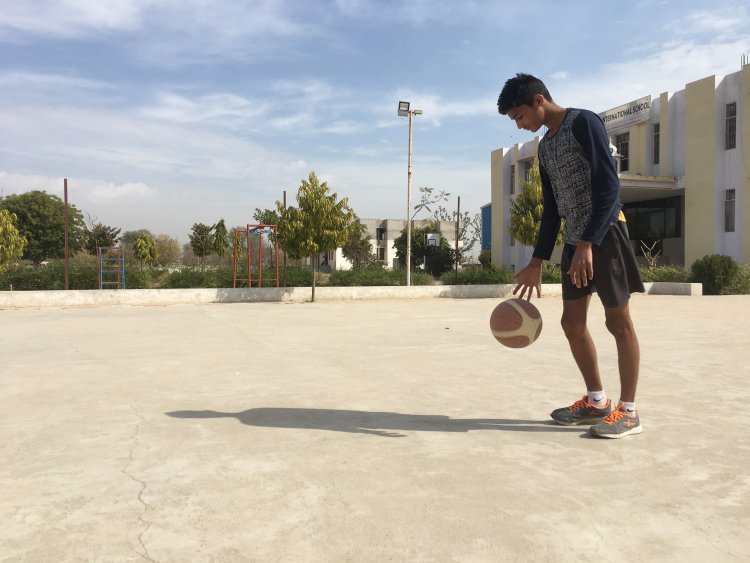 Krishna (15) practicing basketball in the court of a school in Mahapura village, Rajasthan, in the presence of his coach

“Over the months, these children have learned to respect each other — both juniors and seniors. It was not the case earlier. The harshness in their tone has reduced. In basketball as well, they used to call a score as a goal but not a basket,” said Raunaq Singh, a coach working with the organization in Jaipur.

“There are days when we just sit with them and talk about their lives, it helps us stay connected and understand each other better,” he added.

In Delhi, coach Mobin Francis said that it is difficult to convince parents, especially those who are engaged in daily wage labor. They first found a bunch of children from a nearby area in Bawana, Delhi, playing lattu in the mud.

“We asked them to come and told them if they bring their friends, they will be provided with shoes and ball. We try to make them stay away from the environment which is just not good for them. Many of these children do not study. All they understand is a two-time meal to eat, a shelter to live and a pair of clothes to wear.” Angel (7) with her mother and sister at her house, which lies in the premises of the school ground where she practices throwball; She wants to hang the medal on the wall behind her

In Jaipur, Angle’s father Pintu, a caretaker of the ground, doesn’t understand sports. While her mother Poonam says, she only lives to watch her girl play.

She said: “This is the time when she will decide for herself and I don’t want her to compromise on anything. When there’s no one to play with her, she takes me to the ground, asking to put her little sister to sleep first. She has taught the game to all of us. I wish to see her achieve something in life through sports.”