In the narrow lanes of Gujarat, an Industry thrives. The vibrant textile industry, creating exquisite “Bandhani” work is flourishing, all thanks to the women who master the art.

Through the wounded roads of Wadhwan, in a small township in the heartland of Gujarat lies the reason that has deemed this state the Manchester of the East.

The notorious cotton factories East India Company were once famous for their quality of linen that it forcibly stole from India’s farmers. Almost 200 years after the end of the colonial rule, Manchester is still evoked to embody its might in textiles. Although the sub-alter rightly argues that its prowess never left India and especially from Gujarat.

It is not difficult to chance upon this industry. Almost every big city in Gujarat has a thriving clothes market for exporters and wholesalers alike. The one in Ahmedabad deemed to be one of India’s biggest. However, while the big cities cater as showrooms to the finished product, to trace the life of a prominent Gujarati textile “Bandhani” you will have to walk through these wounded roads.

Bandhani is work of tie and dye. They are usually made on cotton cloth with bright colours to contrast with the intricate designs. The more intricate the pattern, the higher the number of knots in the design. The traditional textile is woven first on white cloth by hand in intricate patterns. Then it is dyed a number of times before the desired colours start showing. Lastly, it is unwound to reveal some of the most unique Indian patterns.

To unwind the story of this traditional textile we took to a tiny house with a courtyard in Wadhwan – where at least ten women have gathered to knot different patterns in huge pieces of white cloth.

The matriarch, Subhan Ben tells me that she is the eldest of the lot and responsible for bringing this group together. 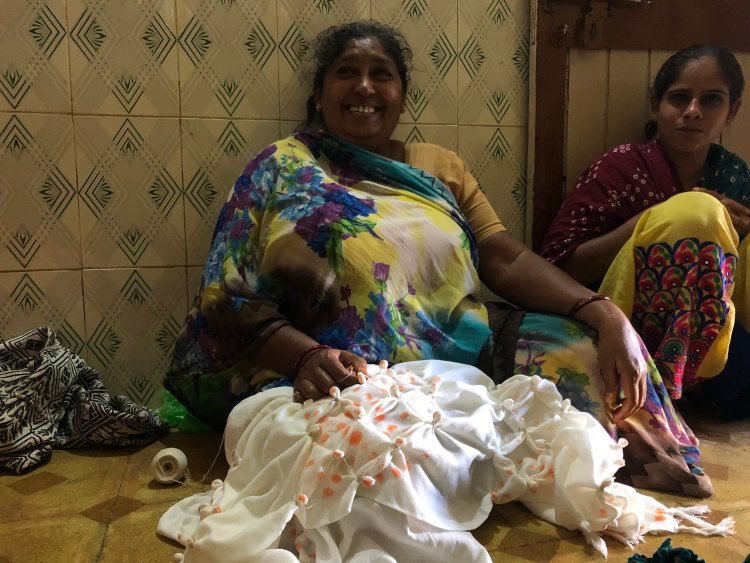 “I was the first one to be given a loan from Prayas (NGO working in Microfinance). Upon successful completion of my first order, I encouraged my daughter-in-law and neighbours to form a group. We started getting initial loans to invest and got the orders from the nearby contractors,” says Subhan Ben.

She is a part of a lively band of women engaged in the traditional art of tie and dye famous in the western flanks of India. We are led to a small room where the women were sitting on the floor, busy tying knots on white fabric. This white fabric will then be taken to its next stage where it is dyed, dried and unraveled to showcase some of the most delectable prints resulting out of the minds of these women.

These women work at a pace of a hummingbird, hands switching knots, cutting threads with as much agility the former. 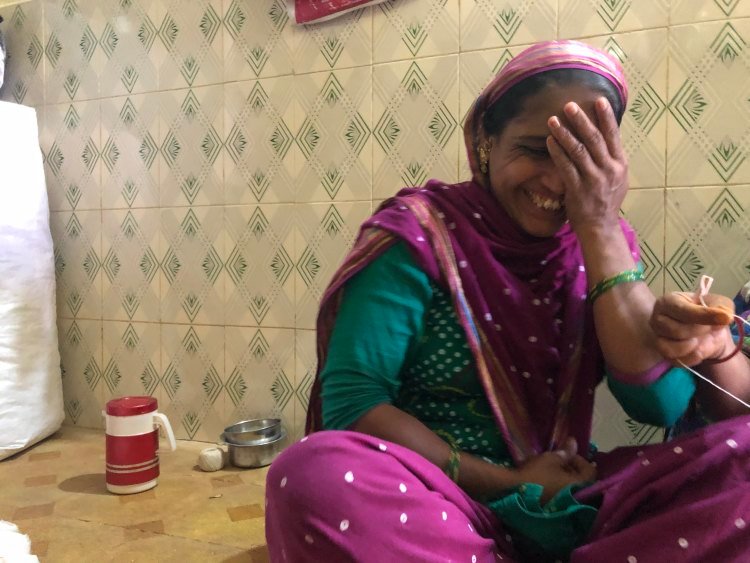 One of the borrowers from Subhanben’s group laughs at a joke being shared at lunch.

“We try to compete with each other and see who can make the knot fastest,” said one of the women.

“Our arms ache at the end of the day but we still manage to do our household chores,” says Rukhshad Ben.

She is also skilled in colouring the cloth and it’s evident through her elegant designs. “I’d need a bigger loan in future in order to colour the cloth myself instead of selling it to the contractor,” she says. 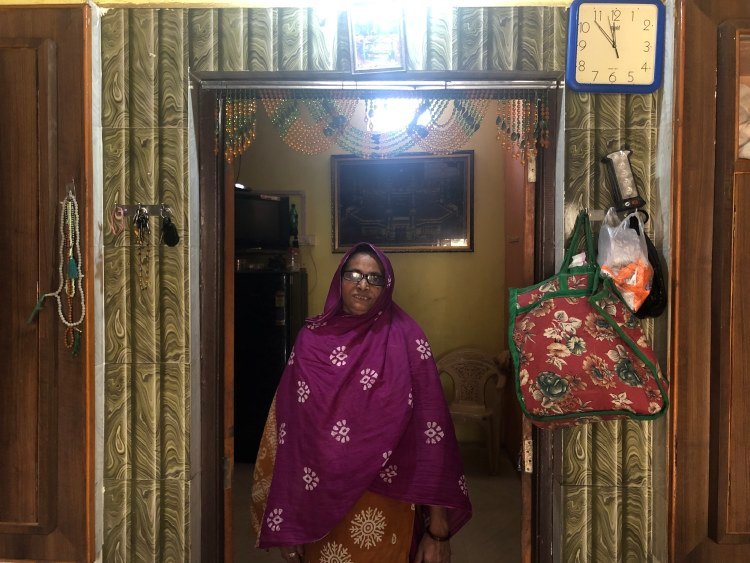 Two streets away, Jetunben is another leader of sorts. To meet her we were led to a small courtyard where men were at work, busy dyeing the tied cloth into a multitude of colours and patterns.

Through her Microfinance loan amount, she supports her factory, pays the workers and procures the material. The distributors often require monetary security and much of the investment is diverted there.

Her son manages the entire floor efficiently and it is quite a contrast to his polio-stricken feet. He is quick to throw in the commands and get the order ready before the sun sets.

Jetuben is happy to oversee the work while leaving the groundwork to her son. The factory itself employs five people and is a great case in point as to how supporting one livelihood can support others. Jetunben’s son at the factory

Safe to say, the  indigenous textile industry puts the vibrant in the “vibrant Gujarat”