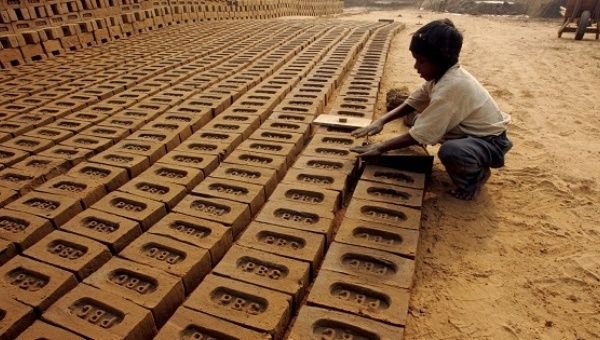 Children as young as 12 years old are working in harsh conditions in the brick kilns of Kushtagi, a small town in Karnataka. Our ground report explores the issue.

There is an increase in the number of children who are involved in child labor in Kushtagi, Karnataka. They are working under extreme conditions in a brick kiln, though their safety and well-being are at risk.

Mohd Ali, a 12 -year-old boy working at the brick kiln in Kushtagi said: “I am working here for the past six months. My family consist of eight members and working are only two so it is difficult to sustain our household.”

“There are no toilets and proper drinking water for us. We go out in fields to relieve ourselves.  And for water, we are dependent on the hand pump, but these days it is not working,” he added.

“There are 18 families employed in all of this kiln. Of this, at least 13-15 families have one child working here,” says Ali’s mother, who was afraid of sharing her name without her family’s permission.

Every man in Kushtagi is paid Rs. 300 for the work of a day and Rs. 150 is paid to the working children and women there.

“When I came here with my two kids, we were assured of giving a home, but nothing has been offered to date. I’m staying in their house with my cousin’s family,” Ali’s mother said.

A worrying trend has arisen from the statistics on child labor published by the Indian government. As shown by the 2011 Census data, the state has seen a steep increase of 56 million in working children over the past decade.

More than 45 percent of the state’s working kids are women. Karnataka state has about half a million working children aged 5-14, the school-going age of primary education.

Among the children working in this kiln, skin diseases and respiratory problems are common. Cases of asthma and skin rashes are very common among children in that area, according to the Primary Health Care (PHC) system. Records say that in the last three months, 28, 21, and 36 cases of skin rashes have been reported.

Kushtagi’s Child Development Officer, Mr. Sharanappa, said, “In the few factories that operate in Koppal, child labor is common. Several FIRs have been filed and action is also being taken. Our department plans to conduct regular checks of brick kilns to stop children’s employment.”

Twelve million contract workers in India work in brick kilns. According to a report by Newsclick, a significant portion of these workers fall within the category of bonded laborers as defined by the ‘ Bonded Labor (Abolition) Act 1976. 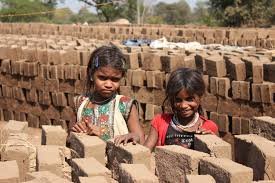 In a press conference in New Delhi, Madan Mishra, a member of the newly established National Struggle Committee for Brick Kiln Workers (NSCBKW), said, “The root cause of this phenomenon of modern slavery is primarily the recruitment process. Poverty-stricken households were approached by brick kiln owners ‘ employees. By luring them to work on the promise of advance pay throughout the season. They are often trafficked into different states, further controlled by violence and abuse, leaving them to work for the kilns without any alternative to survival.

In March this year, in a brick kiln in the village of Ginigera in Koppal district, 56 workers were saved from bonded labor.

The Koppal District Child Labor Survey Study 2017-18 reveals that the Taluk has 2,489 cases of child labor. According to a survey, only two percent of them were rescued. These employees are left helpless because they work overtime and are paid less. One of the options might be to form a union, say Unionists.

“The conditions prescribed by the government for workers are rarely observed. It is the Union’s job to help workers. But the situation of child labor is that families and kids go to these factories and fend for themselves,” said Kushtagi Farmer’s Union Secretary Ramesh Balutagi.