Living conditions in the Pilkhana ghetto in Howrah in West Bengal are deplorable as the overpopulated area lacks basic facilities and the residents continue to live in inhumane conditions. The area was a focal point in the bestselling book “City of Joy” and has high-end market nearby, the condition of people living here is miserable.

Asha (name changed), an old woman suffering from asthma said, “I live in the basement and sometimes it becomes unbearable to breathe and I have to step outside to take some fresh air.”

A pottery worker from the local area, who did not want to be named, said, “I work for 15 hours a day and earn mostly ₹ 5000 per month, which is not enough to sustain a family.”

Labourers like Asha, have small rooms in the ghetto, which are not spacious enough for all their family members. They are left with no option but to sleep on the footpath. Waste is thrown on the footpath as well as the vacant area between the buildings. Improper waste management and unhygienic working conditions make the labourers highly susceptible to diseases. Raj Kumar (name changed), a 40-year-old resident of the nearby locality complained, “The Pilkhana area is overpopulated. We fear to pass by or going to the place as it has a high crime rate.”

Qari Sahab, a religious head in the local madarasa said, “We emphasize mostly on the phrase ‘live and let live’ and don’t want any conflict.” People in the locality are apprehensive about the current social scenario. The rise of Islamophobia and bigotry in the country has been a cause of concern to the residents as Pilkhana has a major population of Muslims and Dalits. Though no incident of communal violence has been reported yet, people are afraid about the impending danger. Upon enquiring, the locals confirmed the sense of insecurity that they have been facing. 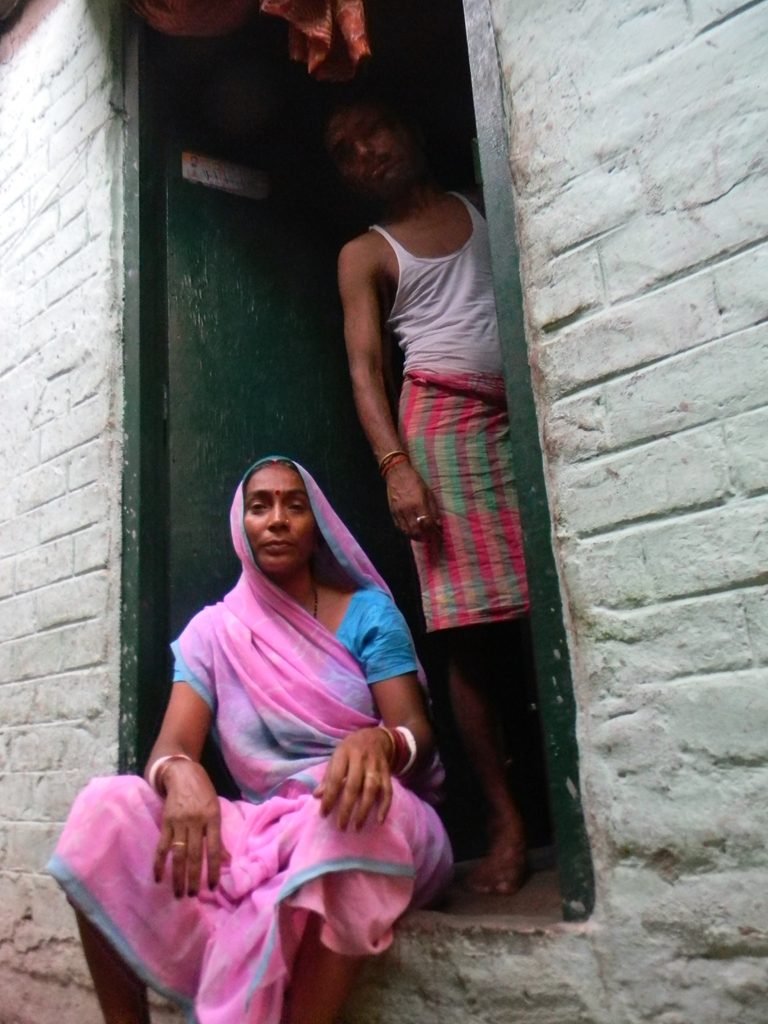 Every evening she sits by her door, hoping to get some fresh air

Qari Sahab also spoke about the social deprivation of the ghetto from the neighbourhood and how more marginalised people have come to settle in the ghetto. He added, “The sense of belongingness in the ghetto has motivated more people to come and settle in this place and this is the main reason for the rising population.” 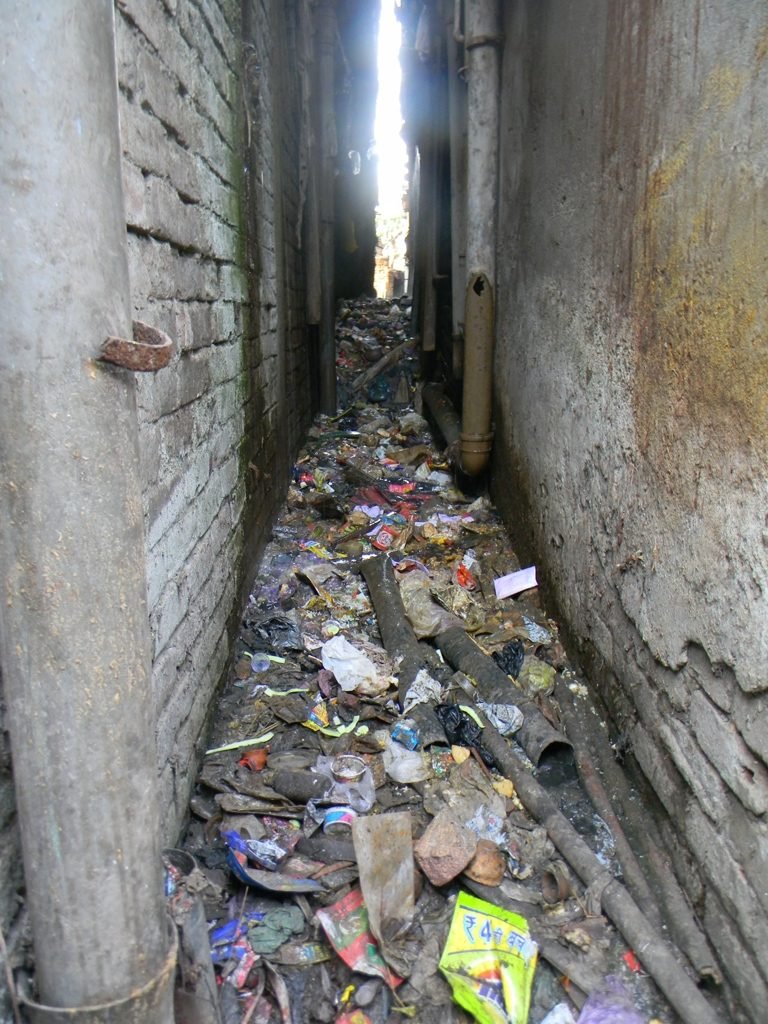 The improper waste management, having less availability of public dustbin has forced people to throw the waste in between the buildings

Pilkhana gives the impression of a working-class neighbourhood. The area is overcrowded with steep lanes leading to the market area, surrounded by a Dargah at the centre. The area is well described in the book ‘City Of Joy’ by Dominique Lapierre written in the year 1985 where he has also pointed out social segregation. A few decades later, has the condition changed?

Few articles and reports describe the place as densely populated with a high crime rate and criminals getting the support of the politicians, who pay no heed for the betterment of the place. A Ghetto through the lens

Mr. Feroze Ahmed, a social worker from the area, has been working closely towards the welfare of the area. He said: “When I was a student here, only 5 to 6 boys from this area used to go to well-established schools. Drug addicts could be seen frequently, gambling was at its peak and the majority of the population were illiterate.”

Mr Feroze works for an NGO ‘Pilkhana Basti Improvement Community’ to spread awareness about the education. He believes that several steps can be taken by the government for the welfare of the poor people. He said: “It is because of urbanisation, people from all strata having different class and culture moved in, as it is a promising place located nearby the railway station and in close proximity to Kolkata.”

Another NGO, ‘The United Brother Association’ is also working to improve the condition of girls in that area and this organisation has had a huge impact on their lifestyle and provided earning potential. Since the 1990’s, the density of the Pilkhana area has been shrinking from 4 sq.km to 1-1.5 sq.km at present. Meanwhile, just near Pilkhana, there is a famous air-conditioned market selling luxury items and multi-cuisine restaurants, good enough to attract both the upper and middle class people. This indicates the sharp class division between Pilkhana and its neighbouring areas.

Pilkhana area in Howrah is one of the many ghettos in India, which have been overlooked by both the government and larger communities. The economic disparity has further led to the alienation of people from the neighbouring areas.